How We Fared in Forecasting China in 2018 — Macro Mastery

To sidestep risk and succeed in China, businesses and policymakers need to get macro and geopolitical trends right.

In 2018, SinoInsider correctly analyzed and anticipated several “big picture” trends and geopolitical developments concerning China in advance of the media, commentators, and other consultancies or think-tanks. While we initially appeared to miss some predictions, later events verified our forecasting to be directionally accurate.

We look at five of our top macro predictions in the second part of our forecasting scorecard for 2018. (See here for the first part and our full track record here.) 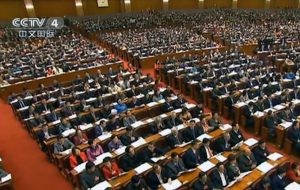 We believe that all issues in China are downstream from Chinese Communist Party elite politics, and the core problem in CCP elite politics is factional struggle.

Thus, while the mainstream view held that Xi Jinping was the “most powerful leader in decades” and would be virtually unchallenged after the 19th Party Congress last year, we instead wrote in our China 2018 outlook that Xi’s “political position remains somewhat shaky.”

“China’s political scene is set to become more volatile in 2018,” we also wrote.

Based on our observation, we made the following political predictions: 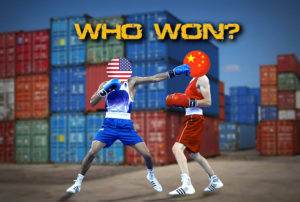 In January, we noted that there was a “rising probability” of China facing gray rhinos and black swans in 2018. After the U.S. and China ratcheted up trade tensions in April, we predicted that China would not be able to withstand a trade war.

What happened:
A top Chinese banking regulator echoes our warning about gray rhinos and black swans in January. Meanwhile, China’s economy worsened and financial markets plummeted in the wake of the U.S. Section 301 investigation and President Trump’s tariff push. Official financial data for November and the PRC’s rush to buy U.S. soybeans in December have since verified our predictions made earlier in the year. 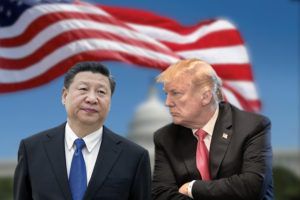 In August, we noted that the CCP was misreading America’s China policy revolution in its response and propaganda on U.S. tariffs. We also noted an ideological turn in U.S. policy on China. 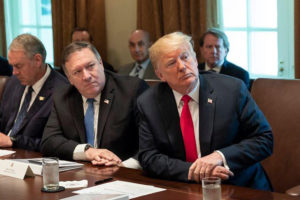 After President Trump and European Commission president Jean-Claude Juncker announced a new U.S.-EU trade agreement in Washington on July 26, we wrote that Trump is “withdrawing America from the post-WWII world order and creating a new world system.” 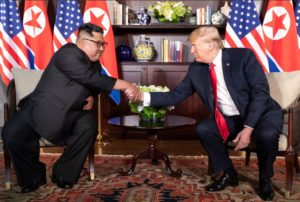 Our assessment of the North Korean situation led us to predict that a meeting between Trump and Kim would still take place in June as scheduled despite Trump having canceled the summit in May.

What happened:
Despite some “backsliding” from Pyongyang, the peace and denuclearization process on the Korean Peninsula has trended in a positive direction in 2018. Key developments after Kim Jong Un’s Beijing trip include:

Get smart:
SinoInsider’s ability to accurately predict macro trends concerning China is based on our China analysis. And we are highly accurate in forecasting China because we deeply understand the CCP and its operations.

Businesses and policymakers who are looking to surpass the competition stand to gain a winning advantage with our consulting services, training courses, and premium newsletter.