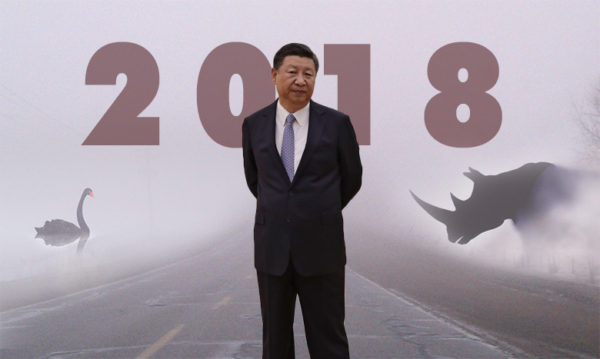 ◎ There is a rising probability that China will face charging gray rhinos and encounter black swans in 2018.

There is a rising probability that China will face charging gray rhinos and encounter black swans in 2018.

Politics is paramount in China, and the central factor influencing political stability in the past five years is the factional struggle between the Xi Jinping leadership and Jiang Zemin’s faction. China’s political scene is set to become more volatile in 2018 as Xi focuses his anti-corruption efforts on the financial sector and reforms the military, two domains where the Jiang faction has sunk deep roots.

As Xi navigates the treacherous political landscape, he still has to resolve China’s economic woes, negotiate simmering tensions on the Korean Peninsula, and contend with a looming trade war with the United States. On top of all that, countries around the world are becoming more wary of China as the Chinese Communist Party’s overseas subversion and united front tactics are being prominently exposed.

Here are seven things to watch in China in 2018.

At the 19th Party Congress in October, many of Xi’s trusted officials were elevated to top positions and “Xi Jinping Thought” was added to the CCP constitution. “Xi Thought,” a political theory that places him at least on the shoulder of Deng Xiaoping in the pantheon of Chinese leaders, could even be written into the national constitution. Observers widely believe that Xi now wields immense power and is in an unassailable position.

In considering other factors, however, Xi’s political position remains somewhat shaky after the 19th Congress. Challenges to his authority will stem from two areas:

What to expect in 2018:
– As the Xi-Jiang struggle escalates, Xi will need Wang Qishan’s support. There is a good chance that Wang will be named vice president and assume one or more of the following roles:

– Xi has been calling on officials to guard against financial risks, protect the environment, and alleviate poverty. These criteria are the new benchmarks for promotion, and officials will strive to adhere to or implement policies that they believe will fulfill what Xi is asking of them. In the process of building up political capital, however, officials will likely sacrifice the welfare of their constituents or fabricate results. Social problems may intensify in 2018.

– To prevent Jiang faction officials from forming an opposition coalition, Xi will likely continue to reshuffle personnel on a large scale. 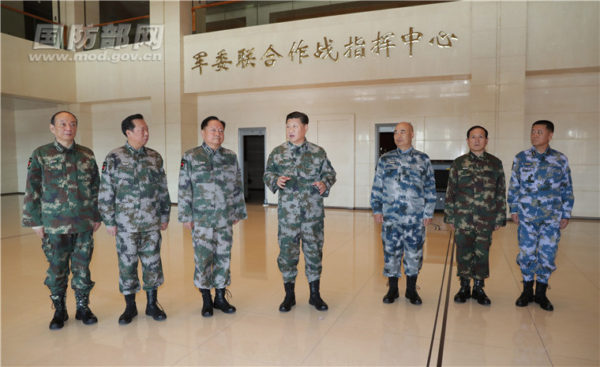 2. Xi’s control over the military

Before the 19th Congress, Xi instituted sweeping military reforms that include the creation of a new joint operations command system and a reorganization of military regions into theater commands. Xi also sidelined most top generals and rapidly promoted a fresh batch of senior officers.

Many observers say that Xi is now solidly in control over the military. We believe otherwise.

What to expect in 2018:
– Xi will continue to reshuffle commanders. Reshuffling prevents commanders from mustering an oppositional force to the Xi leadership, and also serves to test the loyalty of senior officers to Xi.
– Fang Fenghui may be officially investigated. Another batch of Chinese generals could also be implicated. 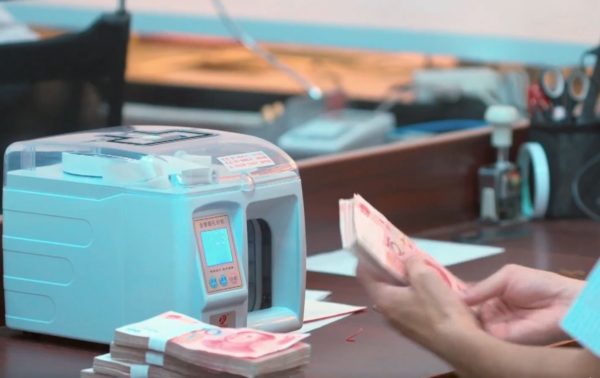 China faces a credit crunch in 2018. Tax cuts in America and the Federal Reserve raising interest rates and shrinking its balance-sheet will result in increased capital outflows from China, rising debt risks in the Chinese banking system, and greater pressure to devaluate the renminbi (RMB). Danger is imminent if the People’s Bank of China frequently decreases reserve requirements.

What to expect in 2018:
– China will adopt more stringent measures to force financial institutions to step up deleveraging. The financial sector will also bear the brunt of anti-corruption investigations.
– China will strengthen the control of capital outflows.
– China aims to indirectly lower transaction costs for the real economy and businesses. But the effectiveness of this policy is not obvious.
– China will accelerate the implementation of its Belt and Road Initiative, internationalize the RMB, and invest in its tech economy (5G networks, artificial intelligence, big data, semiconductors, etc.)

Xi has been consistently nudging China towards a “rule of law” system and promoting constitutionalism, and should carry on doing so this year. For instance, the new National Supervisory Commission is scheduled for unveiling in March, and Xi may roll out more judicial and public security reforms.

What to expect in 2018:
– Officials from the legal and domestic security apparatus will likely be purged as Xi reforms the system.
– The Xi administration has emphasized the need to redress past “miscarriages of justice,” and could continue to overturn prominent misjudged cases. For example, the Supreme People’s Court plans to retrial three major business cases from the Jiang era, including the case involving Gu Chujun from Guangdong’s Hisense Kelon Electrical Holdings Co. Ltd.
– The human rights situation in China won’t improve as long as the CCP remains in charge. If there is a need to tighten control over the society, Chinese officials will resort to greater repression and worsen the state of human rights.

As China seeks economic expansion through the Belt and Road, it will almost certainly grow its military presence to safeguard its economic interests.

What to expect in 2018:
– China will want to convert the South China Sea into an internal sea, and will persist in constructing islands in the South China Sea that can double up as military outposts. China will also accelerate the construction and development of aircraft carriers and carrier technology.
– China will actively seek to establish more overseas bases in the region stretching from the Indian Ocean to East Africa.
– The CCP fears that the docking of U.S. naval warships in Taiwan could lead to a blockade of China. Pro-Taiwan independence forces may start becoming more active as the possibility of American warships sailing into Taiwan increases. Meanwhile, the People’s Liberation Army Air Force will continue to intimidate Taiwan by flying patrols close to the island.

A trade war seems unavoidable, particularly with President Donald Trump labeling China a “competitor” in his National Security Strategy. Further, the Trump administration’s tax cuts have inspired other countries to also cut taxes, a phenomenon that threatens to unleash a “bank run” on China’s financial institutions.

What to expect in 2018:
– If Wang Qishan indeed becomes vice president and serves as Xi’s representative to the U.S., the impact of the impending trade war may be lessened.
– Trump is likely engaged in a strategic chess game with China. He will likely continue to be friendly with Xi while attacking China. 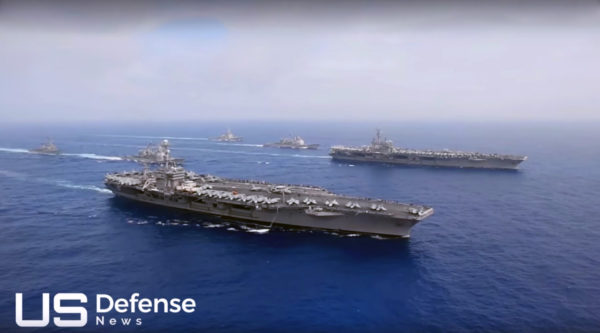 America is preparing the military option against North Korea to counter Pyongyang’s nuclear provocations. And China is getting ready for U.S. action.

Given the political, military, and economic perils facing China, the Xi leadership can only accept, and not challenge, the possibility of America attacking North Korea.

What to expect in 2018:
– If America moves into North Korea, China will have to cooperate with the U.S. to seize North Korea’s nuclear weapons and exert its influence on the North Korean leadership in the event of regime change.
– We believe that Kim Jong Un won’t give up his nuclear weapons, but the probability of a large-scale war breaking out on the Korean Peninsula is low. As America continues to show that it is serious about resorting to the military option, Kim could suddenly meet with an “accident” and be unavailable to helm the North Korean regime.