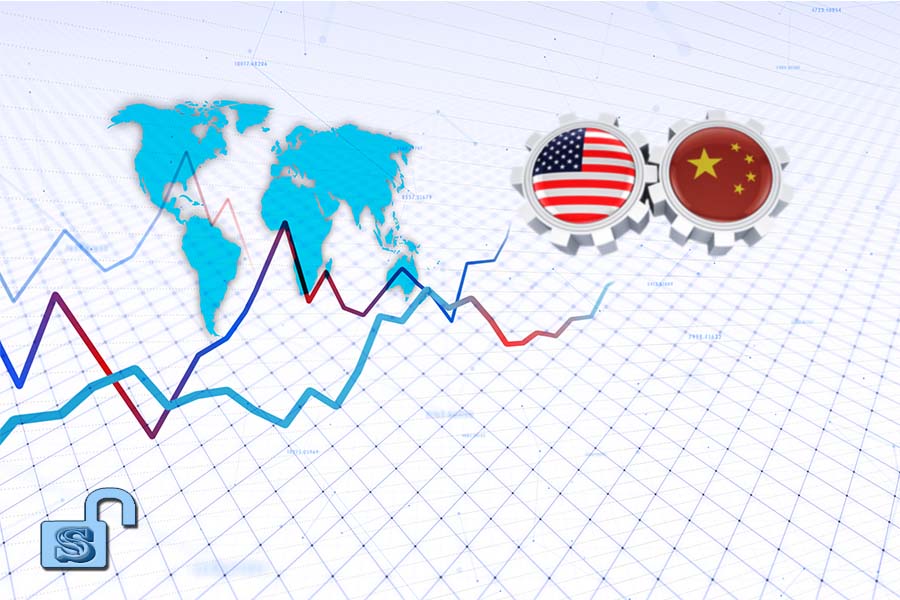 ◎ While the CCP has sought to equate itself with China, China and the Chinese regime are in fact two separate entities with opposing values.

“In China, we have an economic competitor, we have an ideological competitor, one that really does seek a global reach that many of us didn’t expect a couple of decades ago,” said Kiron Skinner, the director of policy planning at the United States Department of State at a security forum on April 29. “This is a fight with a really different civilization and a different ideology and the United States hasn’t had that before.”

The Chinese regime, however, was relatively low-key on the recent “clash” issue. Main Chinese language state-run newspapers like Xinhua and People’s Daily did not report on Skinner’s remarks. Only a handful of mainland media reported on China’s foreign ministry response to Skinner’s comments and provided scant details. The English and Chinese editions of the nationalist state newspaper Global Times blamed the “U.S. Department of State led by Mike Pompeo” of “inciting hostility toward China as well as the Chinese civilization.” Hu Xijin, the Global Times’ editor-in-chief, accused Pompeo of turning the State Department “into CIA” and added that the “U.S. is having a confusing perception toward China.”

The Chinese regime’s muted response to what commentators assumed to be highly inflammatory remarks is unsurprising to those who understand Chinese Communist Party culture and operations. Unless forced to by circumstances, the modern CCP will not dare to publicize or admit the existence of an ideological battle with the U.S. to avoid regime-threatening discussions among the masses. Meanwhile, the CCP has in recent years been downplaying a “clash of civilizations” while promoting a “community of shared future for mankind” to conceal its global ambitions and avoid alarming the world.

In the Art of War, Sun Tzu said: “If you know the enemy and know yourself, you need not fear the result of a hundred battles … If you know neither the enemy nor yourself, you will succumb in every battle.” America must understand how the CCP views ideological and civilizational conflict to develop an effective China strategy.

Which civilizational clash?
The “clash” between China and the U.S. is not between the Western and Chinese civilizations, but between Party culture and universal values embraced in both the East and the West.

China’s five-millennia-old civilization is based on traditional and universal values.[1] The shared value system between China and the West brought Republican China and America together during World War II and after. “When the Second World War arose, we stood together as allies in the fight against imperialism… And in that war’s aftermath, America ensured that China became a Charter member of the United Nations, and a great shaper of the post-war world,” said U.S. Vice President Mike Pence in a speech at the Hudson Institute.

The U.S. and China, however, fell out after the CCP took over in 1949. “Only five years after our nations had fought together, we fought each other” as the People’s Republic of China “began to pursue authoritarian expansionism,” according to Pence. Authoritarian expansion aside, the communist regime introduced a culture to China that is the antithesis of traditional and universal values.[2] The clash between the Chinese civilization and Party culture came to a head in Mao Zedong’s Cultural Revolution when the CCP openly sought to eradicate traditional Chinese culture and heritage. Post-Mao, the CCP continued to stamp out traditional culture in small but consequential ways, such as prioritizing Marxist indoctrination over the teaching of Chinese classics in schools and discouraging the use of regional dialects. Meanwhile, the Party repurposed surface aspects of traditional Chinese culture to expand and advance its influence operations beyond China’s shores, most notably through the Confucius Institutes.[3]

Today, the split between Party culture and authentic Chinese tradition is best seen in the differences between mainland Chinese and Taiwanese Chinese. Taiwan, which continues to teach Chinese classics and has largely preserved traditional Chinese culture, is a fully functioning democracy, an ally of the United States, and a responsible member of the global community. Taiwanese Chinese are also known for being polite and friendly. In contrast, mainland Chinese have a reputation for behaving badly while abroad. The PRC is notorious for being a repressive communist regime, engaging in “debt trap diplomacy,” and displaying ambitions of global hegemony.

In sum, the CCP does not represent Chinese civilization. While the Party has sought to equate itself with China, China and the Chinese regime are in fact two separate entities with opposing values. Hence, America will not be entering a “clash of civilizations” by engaging in strategic competition with communist China—unless America misidentifies the true enemy.

Ideological dilemma
There are two reasons why the CCP is very wary of openly engaging in ideological or civilizational conflict with the United States.

First, communism was discredited in China under Mao Zedong and the Party no longer clings to ideology to maintain its ruling legitimacy. Between 1949 to 1976, Mao’s ruinous political campaigns (Great Leap Forward, Cultural Revolution, etc.) and the controversy over the death of his successor Lin Biao bankrupted the Party ideologically. To stay in power, the Party under Deng Xiaoping pegged the Party’s political legitimacy to providing economic prosperity for the people. Today, the Party has a “love-hate” relationship with ideology. On the one hand, ideology is useful for social control and to justify the CCP’s continued existence. On the other hand, “true believers” of communism are a threat to the Party’s absolute authority because the Party is more interested in preserving power than adhering to Marxism-Leninism. Hence, college campus Marxist students who tried to form workers’ unions in southern China in recent months ended up being “disappeared” and detained by the authorities. All in all, the CCP will find it hard to reconcile its capitalistic undertakings and espoused believe in communism should the Sino-U.S. competition take an ideological turn.

Second, the Party faces a regime crisis if forced into an ideological or civilizational struggle with America. Through propaganda or study sessions about the ideological or civilizational struggle, the CCP risks overexposing Party cadres and the masses to alternative value systems, such as Western liberal democracy. In drawing a distinction between value systems, the CCP is placed at a huge disadvantage because it is neither fish nor fowl; the Party has to make the case for communism, which has long been discredited in China, while defending its kleptocratic capitalism model and elite dictatorship. If the CCP strongly advocates Marxism-Leninism, it risks alienating private businesses and foreign investors while expediting capital outflows at a time when China’s economy is rapidly deteriorating.[4] But if the CCP does not defend the communist ideology, then it risks inviting criticism of its dictatorship and greater pressure from America and the free world. In the long run, the Party faces being completely discredited in China and around the globe.

What’s next
We believe that the CCP will continue its low-key approach to dealing with the “clash of civilizations” topic in China while promoting its “community of shared future for mankind” abroad.

Should the U.S. pursue ideological or civilizational battle with the Chinese regime, the CCP will likely tap into its “Red Matrix” to step up external propaganda and influence efforts against the Trump administration. For instance, the Trump administration could be met with increased accusations of “racism” against the Chinese people and be likened to the Nazis. The CCP could also seize the opportunity to drum up nationalism in China while downplaying the ideological and civilizational aspect of the Sino-U.S. conflict. The Party’s main objective, however, would be forcing America to abandon the notion of ideological or civilizational battle with China.

To trump the Chinese regime in ideological and civilizational conflict, America must use creative defensive and offensive strategies while simultaneously winning the hearts and minds of the Chinese people. Otherwise, the CCP exploit the conflict to poison the Chinese people against the United States and ruin the relationship between the two countries and people.

Notes
[1] Traditional Chinese culture is believed to have stemmed from Huangdi (the Yellow Emperor) and his minister about 5,000 years ago. Huangdi instructed his subjects to belief in the divine and to live according to the Way of Heaven (Tao). Two classical Chinese texts on medicine and philosophy, Huangdi Neijing and Huangdi Sijing, are attributed to him. Huangdi’s ministers created the Chinese characters, music, dance, and other aspects of Chinese culture. The famous Confucian virtues of “benevolence, righteousness, propriety, wisdom, and faithfulness” (仁義禮智信) are inspired by the Chinese culture created by Huangdi.

[2] Party culture is the legacy of the Soviet and CCP regimes: Deception, oppression, endless bloodshed, dictatorship, atheism, and never-ending struggle. While the CCP claims that it is “great, glorious, correct” (偉光正), some Chinese commentators have summarized Party culture as “deceit, perniciousness, struggle” (假惡斗).

[3] The CCP’s choice of Confucius as its cultural “mascot” is deeply ironic. During the Cultural Revolution, Confucius and his teachings were criticized for being “feudalistic.” In following Mao Zedong’s exhortations to “smash the Four Olds” (old customs, old culture, old habits, and old ideas), Red Guards even destroyed temples dedicated to Confucius and dug up his grave (a sign of massive disrespect in Chinese culture).

[4] In an ideological battle, the CCP would likely go back to repeating empty slogans like “socialism with Chinese characteristics” and “the first three decades should not negate the next three decades” (a reference to the Maoist period before “reform and opening up” in 1979 and the period after). 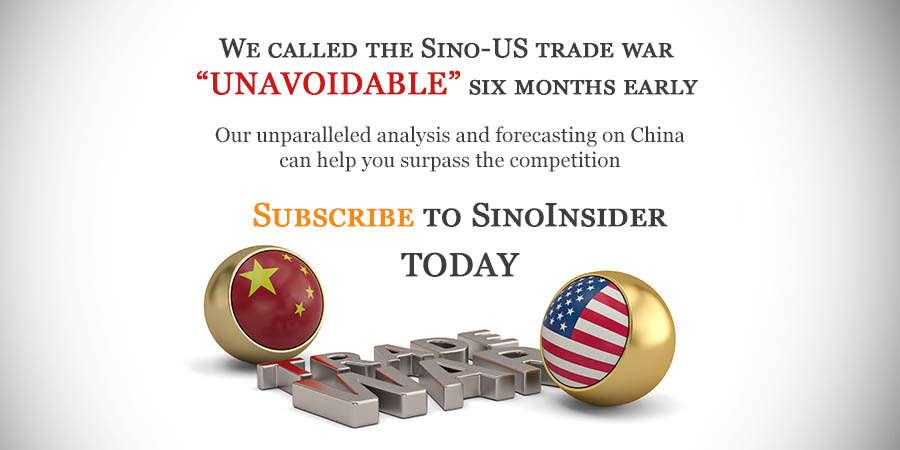