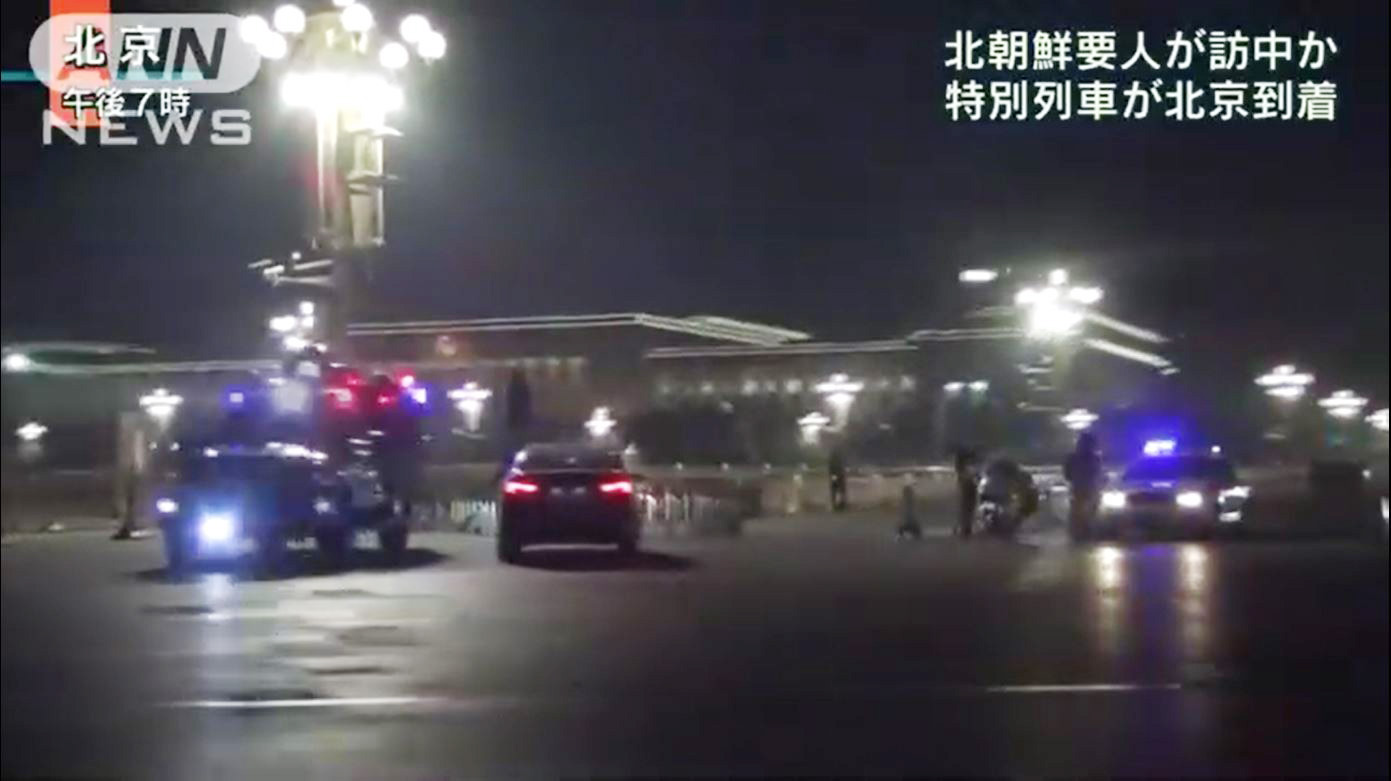 ◎ Kim could have to broker a deal with Xi where he exchanges his nuclear weapons for a lifting of sanctions and keeping his rule over North Korea.

According to a March 26 Bloomberg report, North Korean leader Kim Jong Un is in Beijing on an unexpected trip.

Footage by Japanese media shows a train with cars painted green with yellow stripes arriving in Beijing on Monday. Kim’s father Kim Jong Il and grandfather Kim Il Sung both used to visit Beijing in a similarly painted train. Chinese netizens have also uploaded clips and pictures of a large motorcade traveling through the city.

The backdrop:
2013 – 2017: Kim Jong Un carries out a series of nuclear and ballistic missile provocations, including hydrogen bomb testing and the firing of a missile that could potentially reach United States. Xi Jinping never met Kim in person during his first term in office, and didn’t invite him to the grand military parade in 2015.

June 2017: China and the United States agree that efforts to denuclearize North Korea should be “complete, verifiable and irreversible.”

November 2017: President Donald Trump and Xi Jinping meet in Beijing, and stated their commitment to denuclearizing the Korean Peninsula.

Early March 2018: North Korea suggests to South Korea that it is open to holding talks with the U.S. Trump agrees to meet Kim, and talks are scheduled for May.

March 23, 2018: Trump signs a memorandum instructing the U.S. government to take action against China’s trade practices. The Trump administration is expected to impose $60 billion in tariffs on Chinese imports. A week earlier, the administration pressed China to cut the trade deficit by $100 billion.

Our take:
1. Kim Jong Un and Xi Jinping have mutual interests in meeting before Kim’s summit with Trump. From Kim’s perspective, he is likely looking for solutions to stay in power, end the sanctions, and seek China’s help in ensuring that America doesn’t resort to the military option if talks break down.

2. Since taking office in 2012, Xi has avoided meeting Kim and is known to dislike the young North Korean leader. But with Trump agreeing to meet Kim directly (cutting out China in the process) and subsequently firing opening salvos in a trade war, Xi has incentive to open discussions with Kim and keep the North Korean card in play for negotiations with America.

From Xi’s perspective, China needs to preserve the status quo and avoid war on the Korean Peninsula, a move that would threaten China’s economic stability and expand America’s influence in East Asia.

3. The Trump administration’s “maximum pressure” strategy towards North Korea appears to be working. Trump would want to permanently resolve the North Korean nuclear problem during his time in office, and will not hesitate to use the military option if Kim Jong Un proves recalcitrant.

4. No party in this three-sided diplomatic affair wants to fight a war, but America will get tough if needs must. The Chinese Communist Party would want to keep things as they are and retain North Korea as a buffer zone. And if he can manage, Kim Jong Un will seek to preserve his nuclear program and his reign over North Korea. Of course, Kim won’t get both.

5. In considering geopolitics and the CCP factional fighting, Xi Jinping would want North Korea to become a pliant puppet state that obeys him and not a rogue regime that cooperates with his political rivals. Should Xi be successful in turning Kim, he would have eliminated the danger of opponents undermining him through North Korea and retain the North Korean card for negotiations.

Ultimately, Kim Jong Un could have to broker a deal with Xi where he exchanges his nuclear weapons for a lifting of sanctions and keeping his rule over North Korea. How Kim sells this deal to the North Korean elite and people would be his biggest headache.