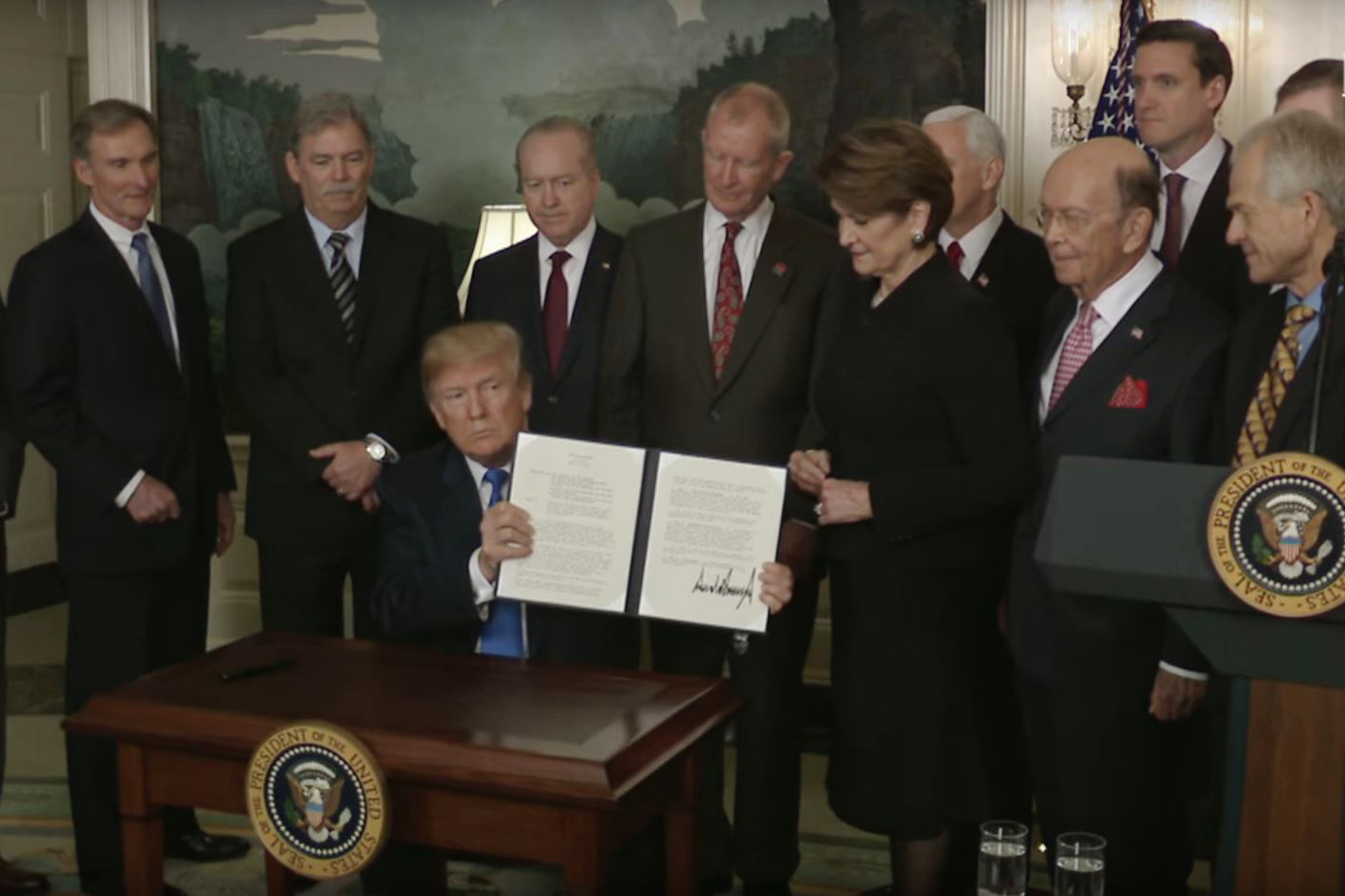 The Trump administration is planning to impose tariffs on $60 billion of Chinese imports following a Section 301 investigation by the United States Trade Representative (USTR).

In what is almost certainly the first move in a trade war with China, President Donald Trump signed a memorandum instructing the U.S. government to take action against China’s trade practices on March 22.

Key details of the Trump trade offensive include:

3. The USTR is proposing a package of 25 percent tariffs on imports that includes aerospace, information and communication technology, and machinery.

4. A formal list of proposed products subjected to tariffs will be published by the USTR within 15 days after the signing of the presidential memorandum. American industries will then have 30 days to comment on the list.

5. The White House is targeting 1,300 specific imports with its tariffs.

6. Trump has given the U.S. Treasury 60 days to come up with a specific plan to curb Chinese imports.

March 16: Trump signs the Taiwan Travel Act (H.R. 535), which encourages visits between officials of both countries. On the same day (March 17 in China), Wang Qishan and Xi Jinping were elected vice president and president respectively.

March 5 – 20: The National People’s Congress concludes its annual round of meetings at the Two Sessions. New senior government officials were confirmed, including four vice premiers, the legislature and political advisory body leadership, and judicial officials.

March 22: Trump signs the Section 301 memorandum to impose $60 billion of tariffs on China, and a proclamation to temporarily exclude steel and aluminum tariffs for Argentina, Australia, Brazil, South Korea, Canada, Mexico and the European Union until May 1.

Our take:
1. The timing of Trump’s tariffs comes right after Xi Jinping has finalized his new administration and rolled out institutional reforms. This suggests that while America and China are in a trade war, there continues to be a rapport between Xi and Trump. For instance, if Trump had announced the tariffs before Xi had more fully consolidated control over the Party and state government, Xi could face stiff pushback from factional rivals during a politically sensitive period.

See our article, “Why Trump Treats Xi and China Differently,” for our analysis on the current situation in Sino-U.S. relations.

We believe that Trump’s $60 billion tariffs are just the opening salvo. Expect harsher penalties to come.

3. The U.S. will likely seek to control the tempo and vigor of the trade war such that China’s economic strength is weakened but the country is not in severe danger of economic collapse. After all, should the Chinese economy tank, America and the world would be seriously affected. A safeguard against China’s economic collapse is allowing Xi Jinping to consolidate power and outflank his political rivals to push through crucial economic and political reforms. (See “Why Xi Jinping Removed China’s Presidential Term Limit“)