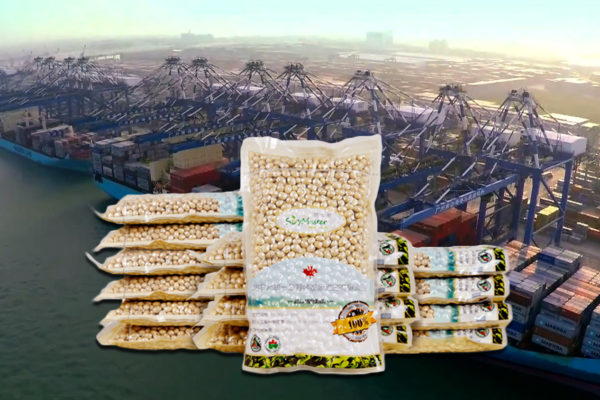 On March 24, former Chinese finance minister Lou Jiwei said during the annual China Development Forum in Beijing that the commerce ministry’s countermeasures were “relatively weak” and that he would “probably hit soybeans first, then hit autos and airplanes” if he were in charge.

The backdrop:
1. The U.S. $60 billion tariffs will target sectors China identified as crucial to its “Made in China 2025” plan, including next-gen technological products, aerospace and aeronautical equipment, and robotics and automated machine tools.

3. America appears to be targeting China’s strategic production capabilities, while China’s tariffs could be mistaken for penalties against a bar. 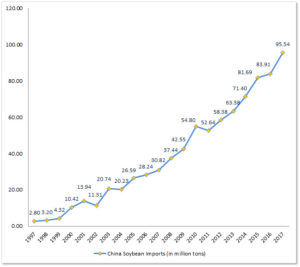 2. China’s dependence on soybeans from is presently very high. According to official Chinese data, China imported a record 95.54 million tons of soybeans in 2017, or a year-on-year increase of 13.9 percent. In comparison, China only imported 30.82 million tons, or three times less, soybeans in 2007.

3. China imports genetically modified soybeans because they are low priced and yield high quantities of oil.

4. China mainly imports soybeans from three countries: Brazil, the U.S., and Argentina. In 2017, half of China’s soybean imports came from Brazil.

First, Brazil and Argentina are producing fewer soybeans, and China won’t be able to make up its U.S. shortfall by importing from those two countries.

Second, China cannot grow enough soybeans domestically to make up the gap of U.S. imports. It is impossible for China to switch present arable land for the production of soybeans. For instance, China needs 78.69 million acres (or 23.6 percent) of arable land, but China only has 334 million acres available as of end 2016, according to statistics from China’s land resources ministry. Also, China’s food self-sufficiency is presently only at about 80 percent or lower.

7. If China tries to source soybeans from other countries, its acquisition costs will inevitably go up. Meanwhile, other countries would naturally resolve their soybean shortfall by buying American. Put another way, China’s soybean retaliatory measures will have minimal impact on the U.S.

8. A soybean shortage in China would trigger a price escalation chain reaction. A rise in soybean oil prices affects the price of soybean meal, which is a by-product of soybean oil extraction. Rising soybean meal prices would, in turn, drive up the cost of meat. And price inflation in China would ultimately threaten the stability of the Chinese Communist Party regime.