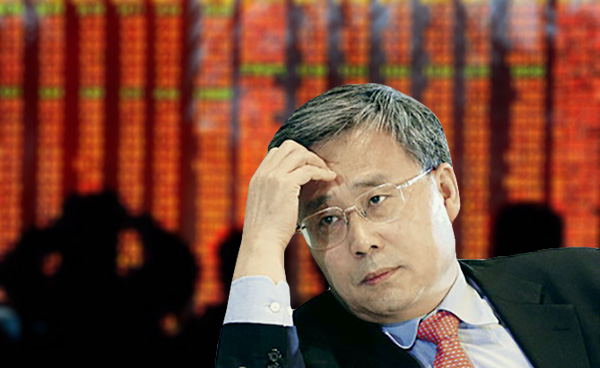 ◎ China’s financial system is currently vulnerable to risks, and faces the threat of “gray rhinos” and “black swans.”

3. China’s financial system is currently vulnerable to risks, and faces the threat of “gray rhinos” and “black swans.”

4. Key strategies for preventing and resolving banking risks include:

5. The proportion of private capital in national joint-stock banks, city commercial banks, and rural commercial banks is 43 percent, 55 percent, and 86 percent respectively. The regulatory authorities seek to improve the structure of corporate governance by strengthening supervision over shareholder penetration and regulating “invisible shareholders” and equity owners.

Why it matters: Guo Shuqing’s interview is revealing of the seriousness of the risks facing China’s financial sector and signals the direction of future government rectification efforts.

The backdrop:
1. Guo tightened regulation in China’s banking sector after becoming the CBRC’s third-ever director in February 2017. According to incomplete statistics, the CBRC has issued over 20 key documents on supervision, handed out more than 2,700 administrative penalties, and collected over 8 billion yuan in fines since Guo took over. In 2017, financial regulation in China was considered to be the strictest ever.

3. In October 2017, the Xi Jinping administration announced a move to gradually open up China’s financial sector over three to five years. (See “Risk vs. Opportunity: Three Takeaways on China Opening Up to Foreign Finance Firms“)

4. At a national financial work conference in December 2017, the Xi administration vowed to tackle major financial risks, protect the environment, and alleviate poverty over the next three years. Special emphasis was placed on resolving financial risks.

5. In 2017, the Trump administration rolled out a massive tax cut, and the United States Federal Reserve raised interest rates and shrunk its balance sheet. America’s economic policies may see the Chinese economy experience a “bank run.”

Our take:
1. In the People’s Daily interview, Guo Shuqing noted that the “hidden dangers of ‘gray rhinos’ and ‘black swans’ threaten China’s financial stability.” Guo’s statement corroborates our earlier assessment that “there is a rising probability that China will face charging gray rhinos and encounter black swans in 2018.” (See “China in 2018: Seven Points to Watch”)

After the 19th Party Congress, we noted that the Xi administration would focus on cleaning up corruption in the financial sector to mitigate financial risks. Since our analysis, the CBRC and other regulatory bodies have tightened financial supervision. (See “19th Congress Wrap-up: Xi Has the Edge, but Will Face Fiercer Challenges Ahead”)

3. Guo said: “A few lawbreakers used complex structures, phony investments, and circular capital injection to establish illegal large financial groups. These lawbreakers have become a serious impediment to the deepening of reforms and safeguarding the banking system, and must be severely dealt with according to law.”

Guo’s statement appears to an oblique reference to big Chinese conglomerates like Wu Xiaohui’s Anbang Group and their threat to the Chinese authorities. His statement also suggests that the Xi leadership will not be lenient in cracking down on influential businessmen who are found guilty of compounding China’s financial risks.

4. Guo accused the shareholders of some banks of using the banks as their “ATM machines” to “wantonly carry out dishonest transactions for self-profit.” Expect the Chinese authorities to crackdown on such activity and arrest guilty individuals.