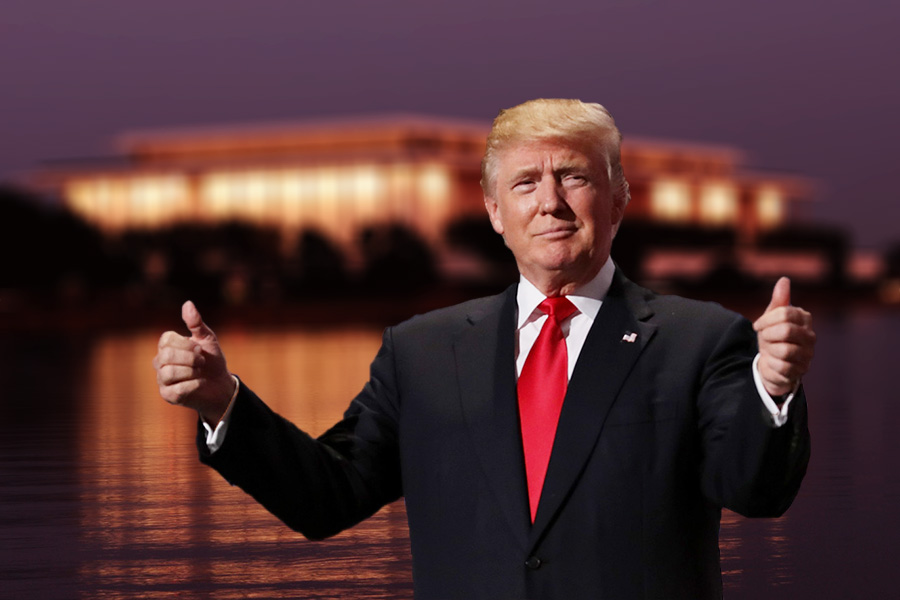 ◎ Reciprocity in cultural exchanges would help to resolve the national security threat posed by the CCP and keep Beijing on the back foot in the long run.

The Trump administration recently issued a flurry of moves to restore reciprocity in trade relations with China and safeguard national security. And unlike his predecessors, President Donald Trump has succeeded in pushing the Chinese Communist Party (CCP) to cooperate on the North Korean issue and commit to further liberalizing China’s economy.

Momentum on the trade and economic front would allow the Trump administration to push the CCP to open up in even more ways. Cultural exchanges could be next on the agenda, given increased U.S. scrutiny of Confucius Institutes and the funding of initiatives to counter foreign propaganda and disinformation. Reciprocity in cultural exchanges would help to resolve the national security threat posed by the CCP and keep Beijing on the back foot in the long run. And unlike earlier attempts at cultural reciprocity, new U.S. action would very likely be successful with the CCP presently in a state of vulnerability.

Thus far, the Trump administration has spent most of April pushing Beijing on trade and technology. Trump ordered 25 percent tariffs on up to $150 billion of Chinese imports as part of the Section 301 probe into China’s intellectual property violations. Additionally, the U.S. trade representative’s office is looking to retaliate against Beijing’s restriction of American high-tech companies and providers of cloud computing. Meanwhile, the Federal Communications Commission unanimously voted on April 17 to block federally subsidized carriers from doing business with suppliers identified as risks to national security such as Huawei and ZTE. A day prior, the U.S. Commerce Department banned U.S. companies from selling parts or services to ZTE after finding that the Chinese company had lied to the U.S. about fulfilling an earlier agreement. With ZTE struggling to hang on (the company suspended trading on April 16) and Huawei virtually ousted from the U.S. market, the CCP’s aggressive 5G plans have been dealt a severe setback.

Facing U.S. trade pressure, Beijing blinked. China’s $50 billion tariffs targeted U.S. products that are more robust to increased levies like the auto and aircraft industry, or products that would end up affecting China more like soybeans. At the Boao Forum on April 10, Chinese leader Xi Jinping pledged to liberalize China’s economy further, including reducing trade barriers and opening up the financial sector more by the end of the year. Days later, Beijing announced the establishment of a free trade zone in Hainan by 2020 and the building of a free trade port by 2025.

U.S. pressure also likely played a role in getting Xi to bring Kim Jong Un to the table. As Trump gradually ratcheted up the China tariffs numbers in March, Foreign Affairs Work Commission director Yang Jiechi’s South Korea trip on March 14 was abruptly rescheduled. A fortnight later, Kim showed up in Beijing for a secret meeting with Xi, and made promises to denuclearize. After the Xi-Kim meeting and ahead of an inter-Korean summit on April 27, South Korea confirmed that North Korea is negotiating a peace treaty with American and South Korean officials. On April 19, South Korean president Moon Jae In confirmed that North Korea wouldn’t demand that U.S. troops withdraw from the Korean Peninsula as a condition for denuclearization negotiations. If Trump has the Korean Peninsula nuclear-free and at peace within his first term in office, he would have achieved the feat partly due to his insisting on reciprocity with China.

Next up: More cultural exchanges?

There are early signs that the Trump administration could next demand from Beijing reciprocity in cultural exchanges.

Confucius Institutes, CCP-funded culture and language centers that have been criticized for promoting CCP propaganda and facilitating influence operations, have come under fresh scrutiny recently. During a Senate hearing in February, FBI Director Christopher Wray said that his agency has “developed appropriate investigative steps” regarding Confucius Institutes, which are operating in over a hundred American colleges and universities. In March, three Republican lawmakers introduced a “Foreign Influence Transparency Act” which would require the institutes to register under the Foreign Agents Registration Act (FARA).

For years, the CCP has exploited America’s open media environment and liberal regulatory laws to promote its propaganda on U.S. soil. State mouthpiece Xinhua has leased a massive billboard on New York’s Times Square since 2011. Prominent national broadsheets carry paid China Daily inserts in their print edition. In 2015, Reuters reported that the Chinese state-owned radio broadcaster owns 60 percent of an American company which leases virtually all the airtime on WCRW, a Washington D.C.-based radio station that airs pro-Beijing content. At the Chinese regime’s Two Sessions meeting in March, CCP propaganda presence in America revealed itself in an interesting way. Zhang Huijun, the female journalist whose fawning question incurred a dramatic eye roll from another journalist beside her, was with the California-based American Multimedia Television, a station with ties to state broadcaster China Central Television. In her question, Zhang kept referring to China as “our country.”

The Trump administration might not need to do much brainstorming for ideas on how to restore reciprocity in cultural exchanges with China. Several good solutions have been raised over the years, but were ignored by previous administrations. Confucius Institutes and CCP-sponsored U.S. media outlets could be made to register under FARA to continue operations in America. The Trump administration could demand that Beijing grant more visas to U.S. journalists, scholars, and cultural organizations (the CCP has been extremely stingy in issuing or renewing visas), or face reciprocal visa denials. The administration could also encourage Beijing to allow more American Centers to be set up in China (there are only three now) and relax restrictions on importing “Made in USA” culture and entertainment. CCP refusal to allow reciprocal cultural exchanges could be met with increased trade pressure.

A U.S. push for greater reciprocity in cultural exchanges is more likely to succeed now than before for the same reason why trade pressure is working. The CCP is known to feign weakness and bide its time when it is strong, and project strength when it is weak. So contrary to the mainstream view, the Chinese regime’s increasing display of confidence is really a cover for its economic, social, and political vulnerabilities.

Since 2017, the Xi Jinping administration has been stressing the need to deleverage to mitigate “major risks” in the financial sector. Senior financial officials openly talk about avoiding a Minsky Moment, Black Swans, Gray Rhinos, and note that China’s risks are greater than the U.S. before the 2008 financial crash. Military and domestic security officials have become a new and familiar presence at meetings on financial stability. And despite official rhetoric of “resilient” growth, growth in China is still very dependent on real estate sales and the property bubble. Collectively, these signs suggest that China’s economic and financial situation is not in good shape, and certainly cannot withstand an all-out trade war with the U.S. “After a certain point, they run out of bullets,” President Trump said regarding the China tariffs during an April 12 meeting with governors and members of Congress.

The CCP may be more tightly extending its control over Chinese society, but not without pushback. Middle-class Chinese have, for the most part, largely tolerated CCP rule and have mostly escaped the sort of brutal treatment and persecuted meted out to the lower classes or ethnic minorities. In recent years, however, the middle-class has been shaken by scandals involving state abuse of their fellows, such as the death of Lei Yang in 2016 and a New York Stock Exchange-listed Chinese kindergarten’s child abuse case in Beijing in 2017. Meanwhile, Beijing recently opened a Ministry of Veterans Affairs as it strives to better manage its retired military personnel in light of protests involving tens of thousands of veterans in 2016 and 2017. With a slowing economy, the CCP no longer has the financial resources to support massive “stability maintenance” measures in the event of serious protests across the country.

Many observers see Xi Jinping adding his political thought to the constitution and dropping presidential term limits as signs of strength. They are correct in making the observation, but inaccurate in assessing the overall picture. Having spent the previous five years consolidating his control over the Chinese regime, Xi is indeed more powerful now than during his first term. But Xi needed to gather immense personal power to avoid the fate of his predecessor Hu Jintao, whose orders famously never left the gates of the CCP leadership compound at Zhongnanhai, due to the dominance of the Jiang Zemin faction. Xi may have greatly weakened the Jiang faction, but he and his allies have angered the entire Chinese officialdom in the process. Also, CCP interest groups in the financial sector could manifest as a potential threat as anti-corruption officials and financial regulators move to clean up them out. In other words, Xi Jinping does have tremendous political strength, but he is sitting on political dynamite.

Given the CCP’s current vulnerable state, the Trump administration should continue to see meaningful results in its push for trade reciprocity, and even on cultural exchanges. The window of vulnerability, however, would shrink with time as the Xi administration lowers China’s financial risks, improves societal conditions, and steadies the shaken political boat.