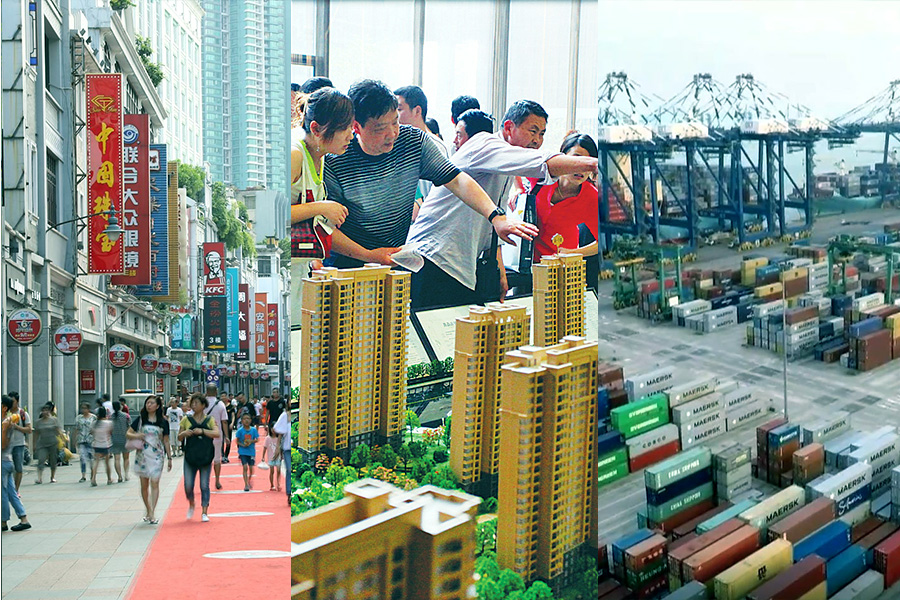 ◎ We have reservations about Beijing’s description of China’s economy.

Based on data released by China’s National Bureau of Statistics on April 17, the country’s economy grew 6.8 percent (about 19.9 trillion yuan) in the first quarter. Chinese officials say that the Q1 GDP data is reflective of a “highly resilient” economy with “huge flexibilities,” and predict a “steady and positive” growth trend.

The backdrop:
1. The trade war between China and the United States is heating up. China is looking to levy $50 billion on U.S. imports, while the U.S. is planning to impose $150 billion worth of tariffs on Chinese products. In addition to the tariffs, the U.S. trade representative office is planning a Section 301 complaint against Beijing restricting U.S. providers of high-tech computing services like cloud computing in China.

2. Chinese customs data released on April 13 showed that China posted a trade deficit in March, the first time since February 2017.

Our take:
1. We have reservations about Beijing’s description of China’s economy. China posted a trade deficit in the first quarter and it is still very dependent on U.S. exports. In the same period, China’s domestic consumption continues to fall while real estate sales have increased by 10.4 percent year-on-year. In other words, China’s economic growth is still largely driven by real estate sales.

2. According to customs data, China’s export trade surplus in the first quarter was $48.4 billion, or a year-on-year decrease of over 26 percent. While China usually sees a seasonal export deficit in February, this is the first year since China joined the WTO where the first quarter deficit of goods and services totals more than $20 billion. 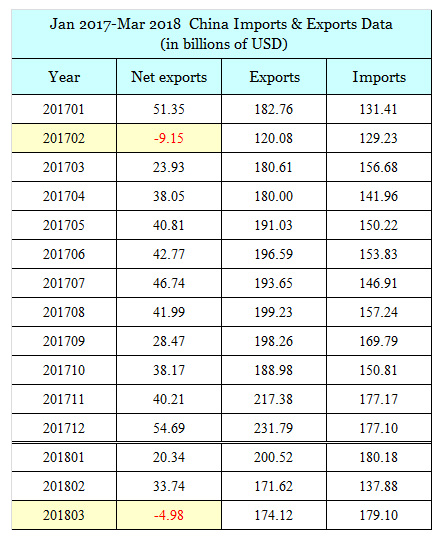 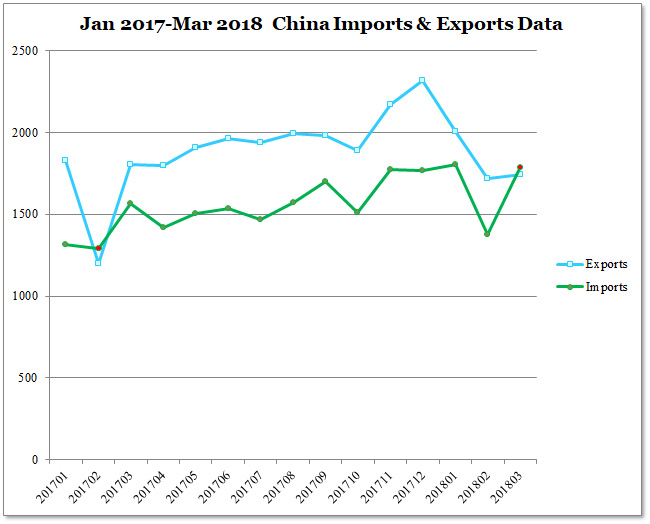 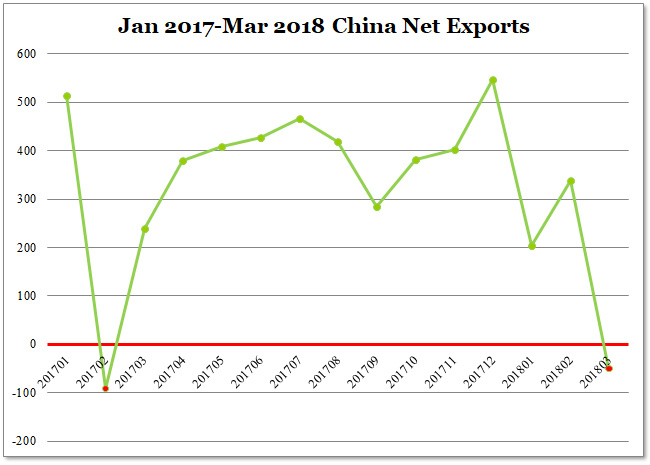 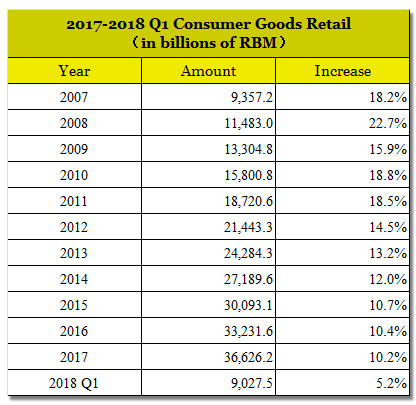 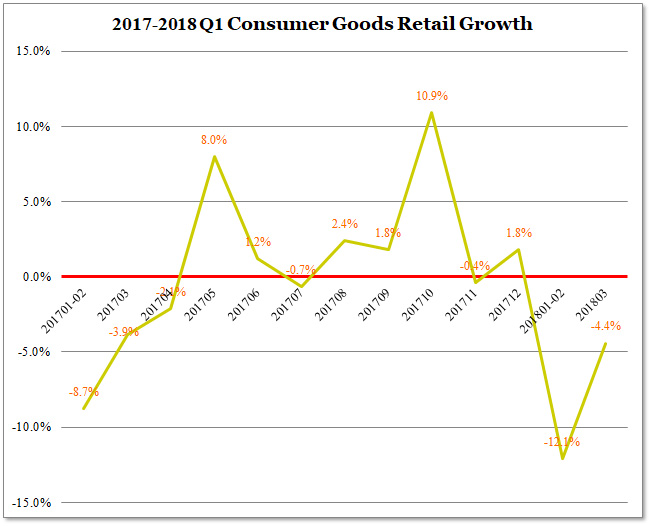 4. Total sales volume and sales area of commercial housing increased by 10.4 percent and 3.6 percent respectively year-on-year in 2018. The trend of real estate sales over the past 11 years is just the opposite of retail sales of consumer goods, and indicates that the Chinese people have invested a good portion of their money in property. 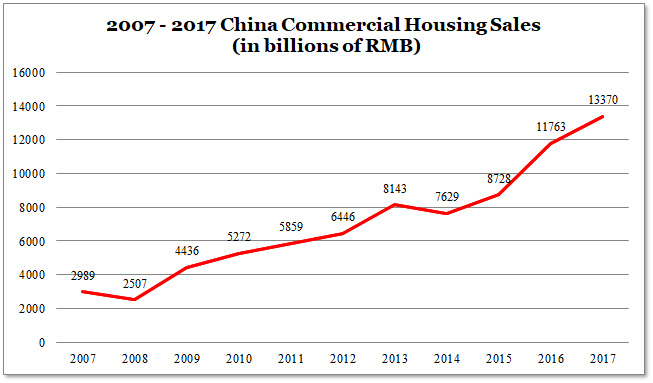