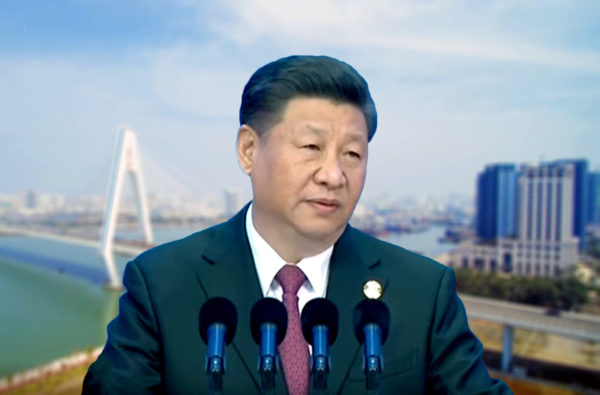 ◎ Xi consolidating power is a vital prerequisite for the economic liberalization to happen.

On April 13, the Chinese Communist Party (CCP) and the State Council announced that a free trade zone would be built in Hainan by 2020, and a free trade port by 2025. Multinationals are encouraged to establish their regional and international headquarters there, according to the announcement document.

The backdrop:
Last November, new Politburo Standing Committee member and then vice premier Wang Yang wrote about “comprehensively opening up” China in a People’s Daily article. In the article, he brought up the creation of free trade zones and ports with greater autonomy from the central authorities. Wang listed Hong Kong, Singapore, Rotterdam, and Dubai as model examples of free trade ports

On April 12, President Donald Trump said in a meeting with Republican governors and lawmakers that the trade conflict may never transpire if Beijing is willing to further open up China’s markets to American goods. “Now we’re really negotiating and I think they’re going to treat us really fairly. I think they want to,” Trump said.

Our take:
1. Xi Jinping had announced plans to open up China’s economy further and establish autonomous free trade zones during the Third Plenum of the 18th Central Committee in 2013. The Xi administration, however, was unable to follow through on many of the economic reform plans made at the Third Plenum because the Jiang Zemin faction and other CCP interest groups offered stiff resistance. So Xi spent most of his first term in office eliminating rivals and consolidating power more fully.

2. Xi highly centralized authority at the 19th Party Congress and the 2018 Two Sessions. Shortly after, Trump announced the levying of $150 billion worth of tariffs on Chinese imports and requested that Xi open up the markets.

3. We believe that Trump’s “trade war” is really aimed at pushing China to open up further, and Xi consolidating power is a vital prerequisite for the economic liberalization to happen. Without strong external pressure from the U.S., Xi would find it very difficult to carry out economic reform in the face of internal opposition from various CCP interest groups. With the Chinese regime being unable to withstand a trade war given severe internal issues, the CCP interest groups would likely accept the reality of the situation and go along with Xi’s opening up measures.