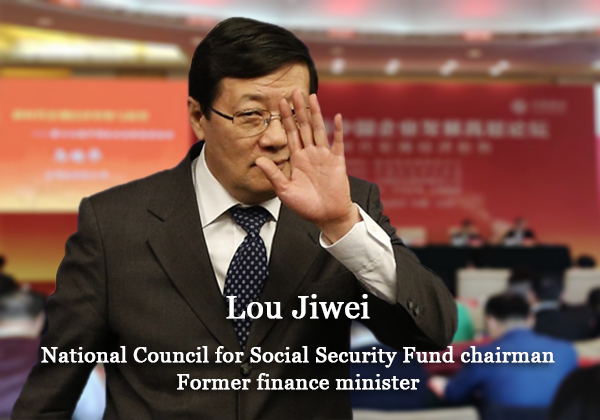 Lou Jiwei, China’s former finance minister and chairman of the National Social Security Fund Council, shared his views on China’s economy at an enterprise development forum in Beijing on Jan. 28.

1. China’s financial sector is in a “messy” state and faces even worse risks than those in the United States financial markets before the 2008 crash. Most internet financial companies are “quasi-financial frauds.”

2. Presently, China faces three macro risks: The financial sector is generating more profits than other industries combined; the financialization of real estate; and the shift away from the real economy to a financial economy.

The real estate bubble and the financialization of the property sector is very severe. Over 40 percent of loans issued by financial institutions are invested in property, and Chinese home loans in 2017 are expected to be nearly 50 trillion yuan (about $8 trillion).

3. There are several risks peculiar to China, such as the proliferation of trading derivatives with “Chinese characteristics” and the rise of “innovative” financial institutions and regional markets. This makes for a challenging environment to regulate, and hence the probability of China “generating systematic financial risks is fairly big.”

4. Cleaning up financial risks cannot be accomplished in a day. But if the system can be fixed in about three years, the problem of a high nominal interest rate can also be resolved.

1. In an interview with People’s Daily on Jan. 17, China’s chief banking regulator Guo Shuqing warned of risks in the financial system and the “hidden dangers” of Gray Rhinos and Black Swans. (See our analysis of Guo’s interview)

Lou became finance minister when Xi Jinping took office in 2012. He stepped down as finance minister in November 2016 due to age reasons and became the chairman of the National Social Security Fund Council.

2. China’s financial risks are in danger of blowing up. The Chinese Communist Party (CCP), however, released a 2017 GDP figure that suggests good prospects, and keeps emphasizing that “financial risks can, on the whole, be controlled.”

The CCP’s rhetoric about “controllable” financial risks is implausible in considering the nature of blow-ups. Lehman Brothers’ collapse created a domino effect which led to the 2008 global financial crisis. China’s economy, while not completely free, is just as susceptible to catastrophic financial events. (See “Why 21 Chinese Provinces Cut Growth Estimates in 2018”)

3. Deceit is a CCP trait often manifests in official information and state media reports. Foreign companies in China can sidestep hidden risks by decoding the messaging in publicly available data and literature.