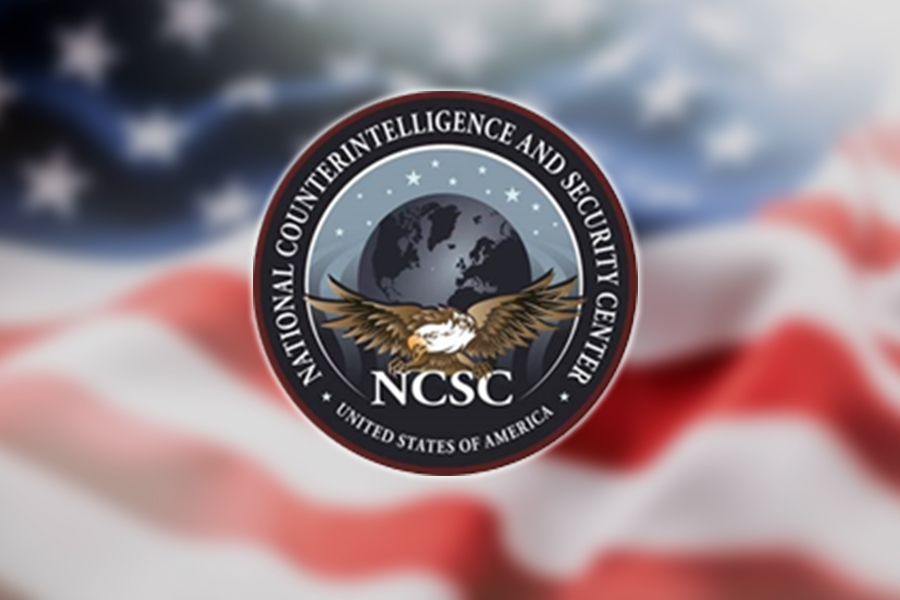 ◎ The U.S. recognizes that the China threat is everywhere and existential, and has made addressing the issue the top priority.

William Evanina, director of the United States National Counterintelligence and Security Center, spoke about the magnitude of the Chinese communist regime’s espionage threat to America in a Sept. 4 CBS News podcast.

“With respect to the prioritization and right now, China is number one,” he said. “Existentially, long-term, they’re the largest threat to our national security, bar none; it’s not even close.”

Evanina described the regime’s espionage efforts as a “persistent 1,000 grains of sand. They have a lot of resources they could throw at us, and they hit our academia, our industry, our research development, and obviously our government. The F.B.I. has arrested double-digit individuals in the last year or so all for spying on behalf of China.”

“They bring ungodly resources that we can’t handle right now,” he said, and mentioned that 350,000 Chinese students come to America every year for studies.

Evanina noted that the Chinese regime would likely seek to interfere in U.S. elections by influencing “a particular political party or individual they want in that might have a kinder, gentler feel towards trade with China.”

The backdrop:
Top U.S. intelligence committee officials have been spotlighting the seriousness of the Chinese regime’s threat to America since early this year.

February 2018: FBI director Christopher Wray said at a Congressional hearing that “one of the things we’re trying to do is to view the Chinese threat as not just a whole of government threat, but a whole-of-society threat.”

July 2018: Michael Collins, deputy assistant director of the CIA’s East Asia mission center, said at the Aspen Security Forum: “I would argue … that what they’re waging against us is fundamentally a cold war — a cold war not like we saw during THE Cold War (between the U.S. and the Soviet Union) but a cold war by definition.”

Collins also noted that “terms are important” when referencing China. “I’m talking about this rising China, under this leadership, directed by this Communist Party of China. I say that with purpose because the Chinese will accuse commentary like this as being anti-China or anti-Chinese,” he said.

August 2018: The 2019 National Defense Authorization Act requires the President to submit to appropriate congressional committees a report containing a whole-of-government strategy with respect to the People’s Republic of China (PRC) by March 1, 2019.

National Counterintelligence and Security Center director William Evanina told Reuters that China has been “super aggressive” in recruiting Americans with access to government and commercial secrets on LinkedIn.

September 2018: At the Intelligence and National Security Summit, NSA deputy director George Barnes said that America’s intellectual property had been “continuously pummeled by external nation-state and non-nation-state-sponsored malicious cyber activity. NSA director Dan Coats said that “we are all aware of Chinese continuing efforts through the use of cyber to exploit … activities that bolster their economy and their military assets.”

Our take:
1. William Evanina’s stark assessment indicates that the U.S. recognizes that the China threat is everywhere and existential, and has made addressing the issue the top priority.

Going forward, Chinese investments in America, as well as, Chinese businessmen, workers, and students, could come under greater scrutiny as the U.S. moves to safeguard its national security.

2. If the U.S. is determined to win the new Cold War started by the Chinese Communist Party (CCP), then it would very likely confront the CCP on the ideological front, establish a new global system, and isolate the PRC, as we previously analyzed.

Xi Jinping’s recent effort to court African nations with a $60 billion aid and loans package in the face of strong domestic condemnation suggest that Beijing senses an existential confrontation with America, and is trying to hold together the CCP-hijacked global order.

We have observed that the CCP is trying to get America to abandon the waging of a Cold War by advancing the narrative that the new Cold War, like the one between the U.S. and the Soviet Union, is destined to result in hot conflicts. The idea of linking the new Cold War with hot war is scaremongering to make the Sino-U.S. conflict unpalatable to the international community.

Based on our assessment, there is very little chance of the new Cold War turning hot. The Chinese regime does not presently have an economy strong enough to withstand a trade war with the U.S., let alone embark on military adventurism. Also, recent sweeping changes in the top military leadership ranks mean that the Chinese regime is not prepared to wage war in the near term (although that would not stop it from preparing). Furthermore, while the Trump administration is not afraid of sending a statement to dictators (see Syria bombing), President Donald Trump has thus far preferred to settle disputes through deterrence (“peace through strength”) and diplomacy (see North Korea and Russia), and not belligerence.

The new Cold War, however, could see the emergence of a new global system.

4. We believe that the CCP has fundamentally misread the Trump administration’s intentions and underestimates the strength of American democracy. Hence, the CCP seems to think that it can wait for a favorable result in the U.S. midterm elections or hope that White House “scandals” blow up (and maybe even instigate one) before resuming trade negotiations with America.

However, we noted in our analysis of the 2019 NDAA that popular sentiment in the U.S. has shifted from engagement to rivalry with China. America’s response to entering the First and Second World War demonstrates that the country can move quickly to “face down tough adversaries when the situation calls for it.”

Get smart:
As noted above, America views the China threat in existential terms. That means that the Sino-U.S. trade war is not likely going to be a short-term phenomenon. Businesses and investors should take the long view when planning to handle the implications of the trade war.