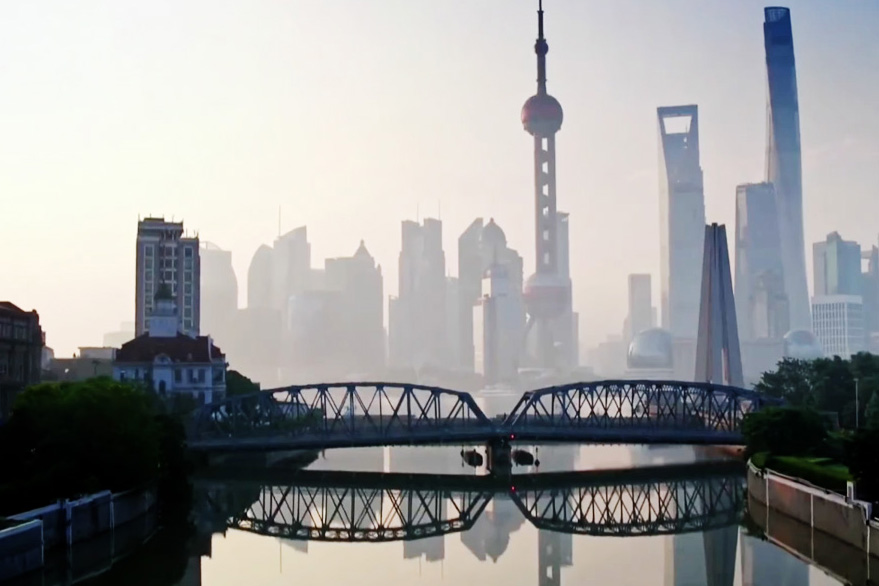 Can China Withstand a Trade War? An Analysis of Provincial Finances

◎ An examination of the financial state of Chinese provincial in 2017 suggests that China cannot withstand a trade war.

Sino-U.S. trade tensions have been a concern in recent weeks. Publicly, neither the United States nor China appears to be willing to give up ground. Chinese state media, in particular, has declared that China wouldn’t back down in a trade war.

But can China withstand a trade war? An examination of the financial state of Chinese provincial in 2017 suggests not.

How the Chinese government collects revenue 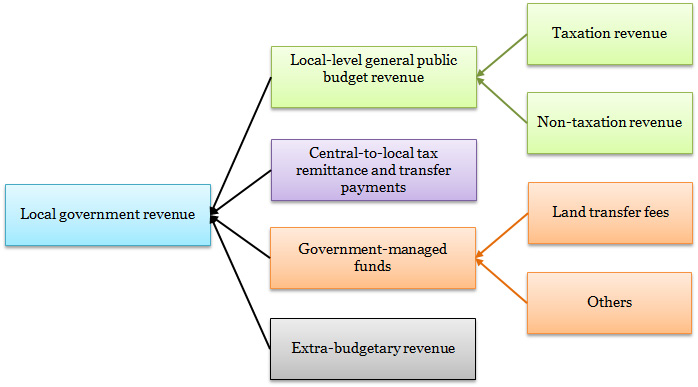 Revenue for local government-managed funds is generated by leasing state land, issuing lottery tickets, and via other means. About 80 percent of this revenue is derived from land leasing for special purpose works like infrastructure construction and the development of social projects. Starting from Jan. 1, 2015, the revenue and expenditure of public projects that draw from government-managed funds are counted as part of the general public budget. Government-managed funds carried forward each year generally do not exceed 30 percent of revenue for that year. In other words, some of the local government revenue generated from land leasing would be used to cover the expenses of government operations.

The four budgeted balance sheets mentioned above reflect the financial status of the Chinese government, while the general public budget is an important indicator of economic activity. 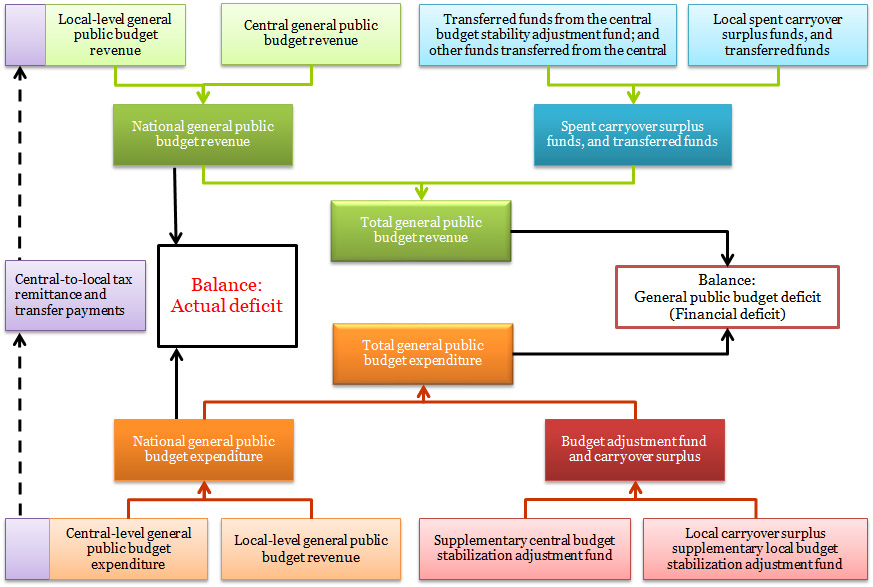 Local government general budget expenditure is rigid and usually increases every year (Liaoning Province, however, saw a reduction in expenditure from 2014 to 2016). If the local economy is doing poorly, this would be reflected in the taxation and non-taxation revenue. And to allow local governments to sustain operations, the central government must make tax returns, or even hand out financial subsidies.

Statistical bulletins published by provincial statistics bureau paint an uneven picture. Some provinces do not publish their general public budget expenditures or release any details on it, and this data has to be extracted from the executive budget reports of provincial financial bureaus.

There has always been a difference in the GDP data released by the provinces and the central government. For instance, adding up provincial GDP data usually produces a figure that is 20 to 30 percent higher than China’s official GDP, which is issued by the central government. This January, some provinces reported that they had misrepresented GDP by 30 percent to 40 percent in previous years, a phenomenon that is reflective of the GDP figure problem. 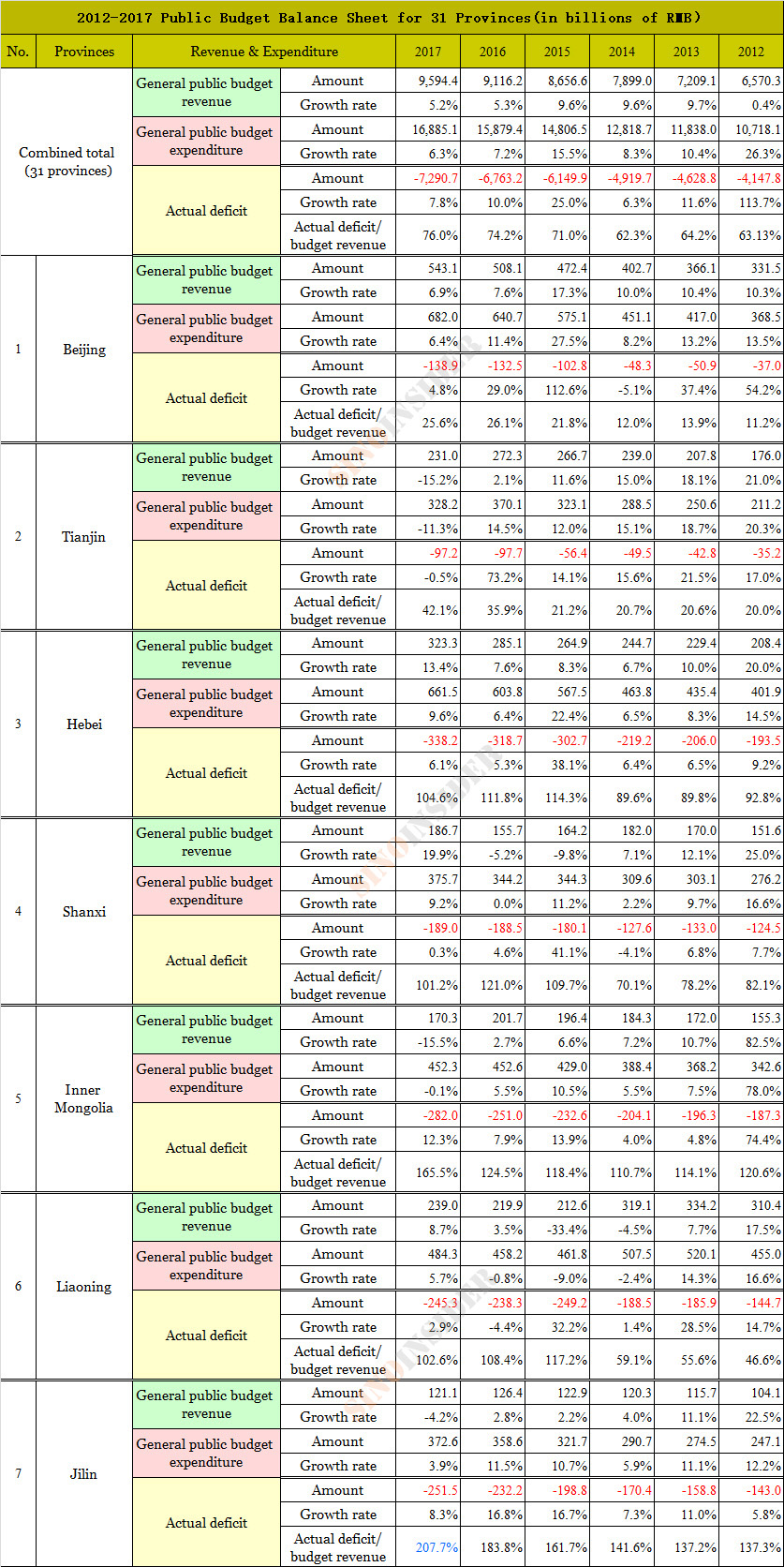 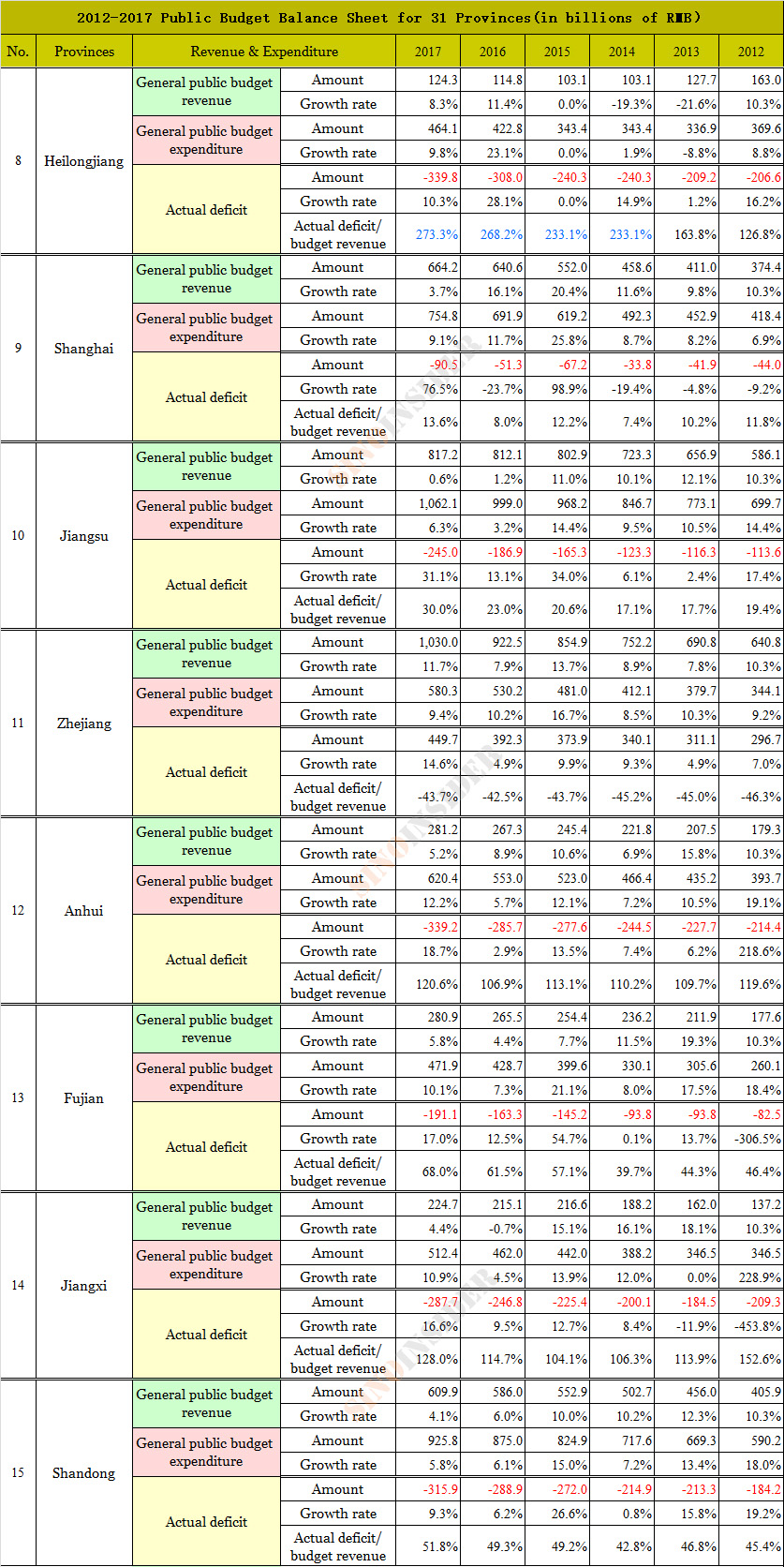 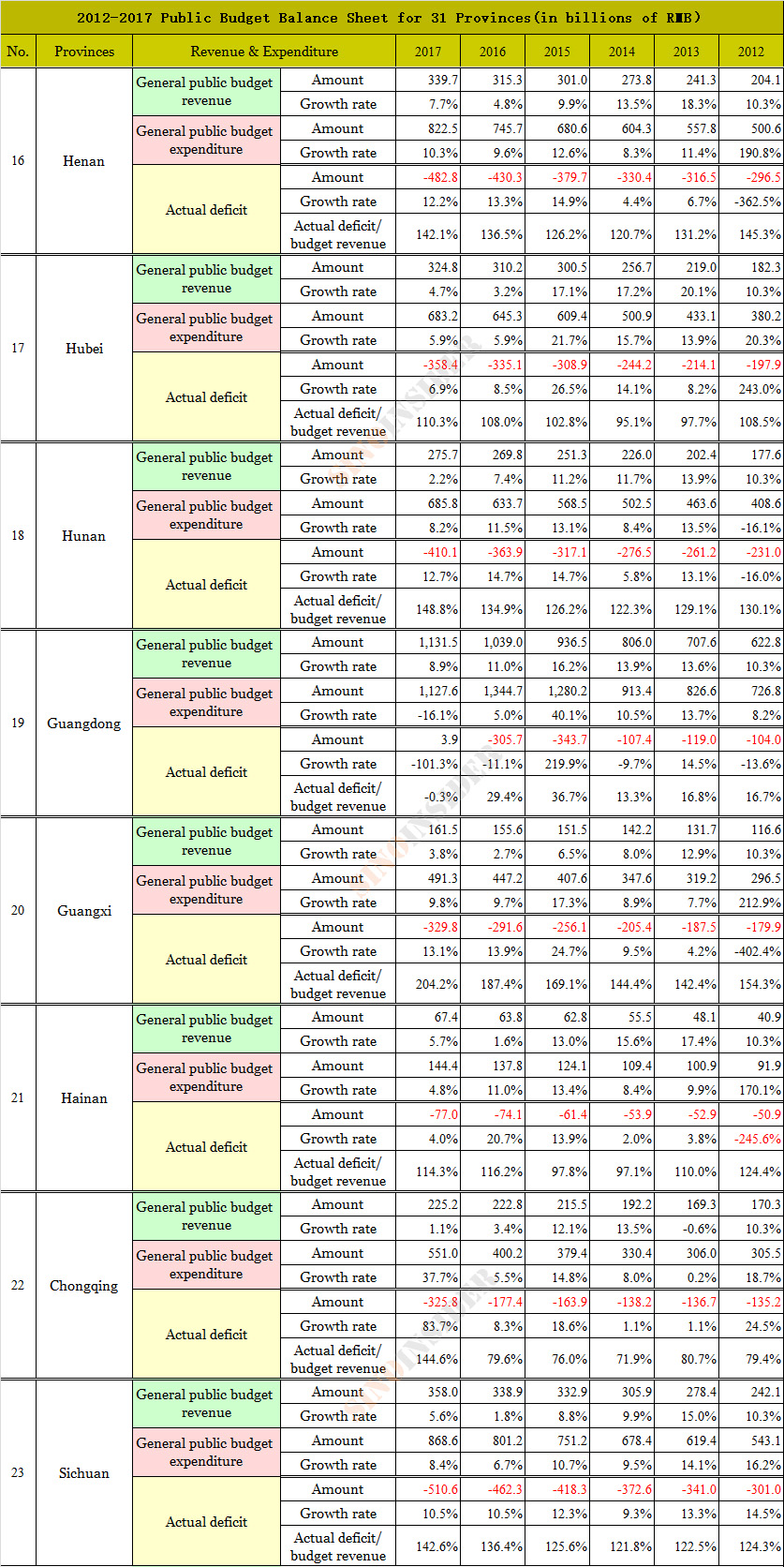 From the 2012-217 provincial data, only Zhejiang enjoyed a fiscal surplus every year, while the other provinces (except Guangdong in 2017) suffered deficits.

Guangdong, whose GDP was highest in 2017, had a surplus of less than 1 percent that year, and was in the red for previous five years. In 2015, Guangdong’s public spending soared by 40.1 percent and its deficit more than doubled.

Coping with a trade war

China’s export trade is concentrated in the coastal provinces of Guangdong, Zhejiang, Shandong, and Fujian. These provinces have GDPs that rank among the top ten in China, and their general public budget revenues (except Fujian) are also the ten highest.

If the U.S. were to impose its proposed $150 billion tariffs on Chinese imports, the manufacturing industries (including their upstream and downstream industries) of the aforementioned five provinces would be greatly affected, and unemployment would surge throughout the country. China’s exports and foreign exchange reserves would be substantially reduced, and a renminbi exchange rate should drop when Beijing is unable to sustain it. This would in turn drive up the cost of China’s foreign debt and inflate the cost of imported food. Food prices in China would soar, and inflation would be carried over to other sectors.

With rising food prices and vast unemployment, the Chinese regime would face a severe survivability issue. With substantially reduced fiscal revenue, the CCP would find it difficult to foot operating expenses to keep the state machinery running. And without the support of public security forces, for example, the CCP would not be able to effectively carry out “stability maintenance” and preserve its rule.

In sum, we believe that China cannot withstand the impact of a full-blown Sino-U.S. trade war because it is already running a high fiscal deficit. Beijing would have to make significant concessions such as opening up China’s markets and provide increased intellectual property protection. In exchange, the U.S. may suspend or scale back its planned tariffs.