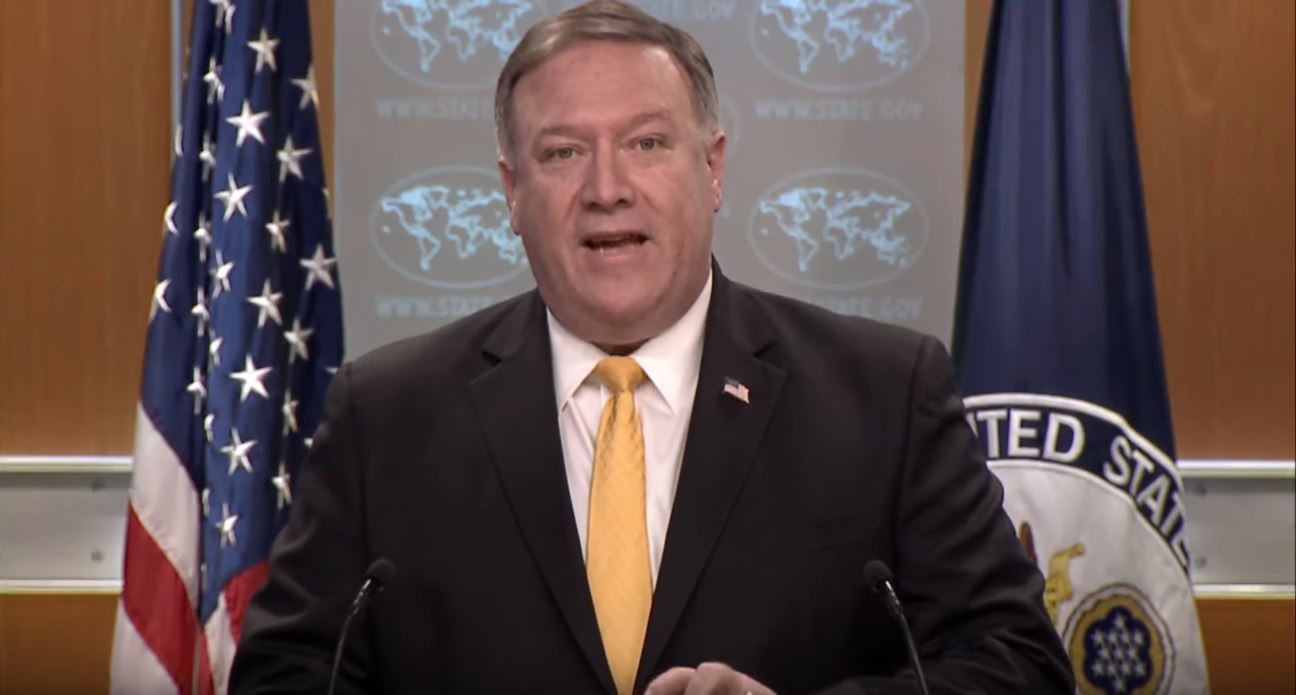 Geopolitics Watch: Trump Ramps up Pressure on China with Trade and Religious Freedom

◎ The Trump administration appears to be maneuvering the CCP into a position where it has to liberalize China to ensure regime survivability.

On May 29, the White House released a statement on the continuation of United States trade action against China. According to the statement:

China’s Commerce Ministry responded with a terse statement which described the White House statement as “unexpected” but “within expectations,” and suggested that it went against the consensus forged between both countries at the recent Sino-U.S. trade talks.

On the same day, Secretary of State Mike Pompeo announced the inaugural Ministerial to Advance Religious Freedom at the Department of State from July 25-26. Foreign ministers from other “like-minded governments,” international organizations, religious communities, and civil society are invited. Pompeo added that the Ministerial would “not just be a discussion group” but is about exploring “concrete ways to push back against persecution and ensure greater respect for religious freedom for all.” The State Department also released the 2017 International Religious Freedom Report.

The big picture:
After the latest round of Sino-U.S. trade talks in Washington from May 15 to May 19, both sides noted that a consensus had been reached on trade, and that tariffs would be suspended. Chinese state media had declared a “win-win” victory for both countries, but Chinese netizens and overseas Chinese-language media felt that China was the losing party in the negotiations. Also, Trump said after the Sino-U.S. trade talks in Washington that he is “not satisfied” with the negotiations and that America still has “a long way to go.”

Since the conclusion of the first Sino-U.S. talks in Beijing from May 3 to May 4, we have been analyzing that the U.S. has made good progress in trade negotiations with China, and that China likely pledged to make tangible concessions.

Our take:
1. The White House statement on trade, the announcement of the upcoming Ministerial to Advance Religious Freedom, and the release of the 2017 International Religious Freedom Report appear to be part of Trump’s strategy to maneuver the Chinese Communist Party (CCP) into a position where it must liberalize China to ensure regime survivability, and to secure a good outcome at the North Korean summit should it be back on.

2. Trump linked trade in China with what China is “doing to help us with peace with North Korea” at a recent press conference with South Korean president Moon Jae-in. The threat of coming tariffs in mid-June and other trade action later in the month would ensure that Beijing does its utmost to get Kim Jong Un to attend the Singapore summit and agree to U.S. terms for denuclearization and peace in exchange for a delaying of U.S. sanctions.

It should be noted that the White House statement doesn’t give a timeline for the implementation of tariffs. This gives the Trump administration ample room to negotiate with Beijing.

3. The Trump administration is looking to cut America’s trap gap with China by $200 billion by 2020. We previously analyzed that this deficit cannot be reduced under China’s current trade restrictions and by the U.S. exporting more agricultural and energy products, and that “Trump may demand that China purchase U.S. cloud computing, internet, and financial services (with verifiable guarantees of IP protection) to hit the $200 billion figure.” The mention of “non-monetary trade barriers” in the White House statement hints at the outcome we earlier identified.

4. We wrote on May 8 that the U.S. could “spotlight the CCP’s human rights violations to consolidate the results of the trade talks” after observing U.S. action in this regard after the trade discussions in Beijing. The timing of the announcement of the State Department’s Ministerial to Advance Religious Freedom, the release of the 2017 International Religious Freedom Report, and the White House statement on trade further validates our theory.

5. The CCP is most afraid of its human rights violations being exposed, and the West has largely failed to take the Chinese regime to task over human rights issues a few short years after the Tiananmen Square Massacre in favor of greater trade with China. However, the CCP never opened up China’s economy as per its WTO commitments, and human rights violations in China grew worse and worse. Now the Trump administration appears to be obliquely linking the two issues in a bid to get the CCP to open up the Chinese economy fully.

The Trump administration could push the CCP on religious freedom in a number of areas. Ambassador-at-Large for International Religious Freedom Sam Brownback said at the May 29 press conference that the Trump administration’s goal is to “protect the freedom of conscience for all people. That means protecting a Muslim, Buddhist, Falun Gong practitioner or Christian in China and their ability to pray and live out their life.” In April, the State Department expressed concern at the mass detention and persecution of Muslim Uyghurs in re-education facilities in Xinjiang. And in June 2016, the U.S. House of Representatives unanimously passed H.Res 343, which condemns China for harvesting the organs of live prisoners of conscience, the bulk of whom are Falun Gong practitioners.

What’s next:
1. The CCP’s propaganda apparatus should struggle to repackage or denounce the White House statement on trade. The terse response from China’s Commerce Ministry (“unexpected” but “within expectations”) is a prelude to awkward, face-saving state commentaries on trade with the U.S.

2. Liu He has already received a lot flak for his performance in trade discussions with America. He could be subjected to further attacks from Xi Jinping’s political foes. Intense backlash from factional rivals could be a reason why Xi hasn’t yet turned to Wang Qishan to be China’s frontman in the trade talks.

3. The reference to “non-monetary trade barriers” in the White House statement suggest that the Trump administration is asking for more than just trade reciprocity and economic openness from China. In the process of removing barriers that are making it “both difficult and unfair” for America to do business in China, the CCP would almost certainly have to allow free transfer of information and uncensored internet access. It might not be a fluke that Chinese netizens reported the unblocking of English-language news sites on Chinese internet following the conclusion of the Washington trade talks. The Trump administration could also push for reciprocity in cultural exchanges.

4. Between opening up the economy further and being confronted by the U.S. on human rights violations, the CCP would opt for economic liberalization. The CCP would view opening up as the lesser of two evils because it has at least some control over the process and the public narrative. However, the CCP’s gross human rights abuses would undoubtedly return to haunt it when more uncensored information exposing its falsehoods and propaganda trickles into China.

5. The Trump administration should continue to press China on human rights since the protection and promotion of religious freedoms is part of Trump’s National Security Strategy. Human rights would increasingly become an important benchmark to watch when gauging political risk in China.

In response to U.S. pressure, the CCP could find ways to subtly stir anti-American sentiment among the Chinese people, such as by blaming China’s economic woes on U.S. trade actions. The Trump administration would need solutions to avoid a “clash of civilizations” as it pushes China on economic liberalization and advances religious freedom.