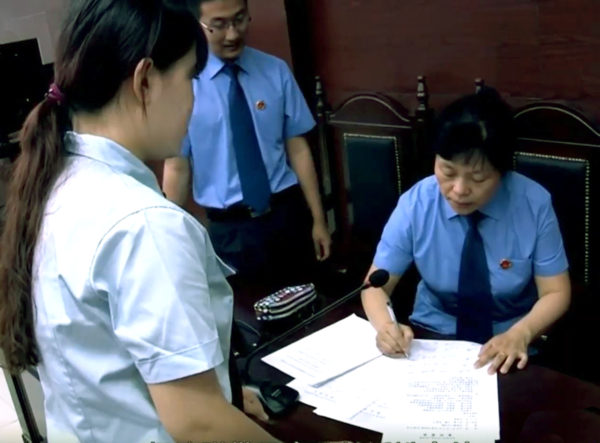 ◎ How the Xi administration handles the Falun Gong issue will be an important benchmark of his dedication to legal reform.

Why it matters: Based on our research, no Falun Gong adherents were acquitted during the Jiang Zemin era. How the Xi Jinping administration handles the Falun Gong issue will be an important benchmark of his dedication to legal reform.

In the 19th Party Congress report, Xi again emphasized the supremacy of the constitution, the need to implement the “rule of law,” and announced the setting up of a Leading Group for Advancing Law-based Governance.

The big picture: Falun Gong was one of China’s largest spiritual communities (estimated 70 million to 100 million adherents) until Jiang targeted the practice for persecution in July 1999. According to media associated with Falun Gong, Jiang instructed the Political and Legal Affairs Commission (PLAC) at various levels and the “610” Office (a Gestapo-like unit that specifically targets Falun Gong) to “ruin the reputations, financially bankrupt, and physically destroy” Falun Gong adherents. Independent researchers say that the bulk of the prisoners of conscience whom the Chinese Communist Party (CCP) carried out organ harvesting on were practitioners of Falun Gong.

While mass arrests of Falun Gong adherents are documented every month and the CCP has not announced any change in the persecution policy, there have been subtle shifts since Xi took office in 2012:

Meanwhile, the European Parliament and the United States House of Representatives issued legislation in 2013 and 2016 respectively condemning the CCP’s organ harvesting practices.