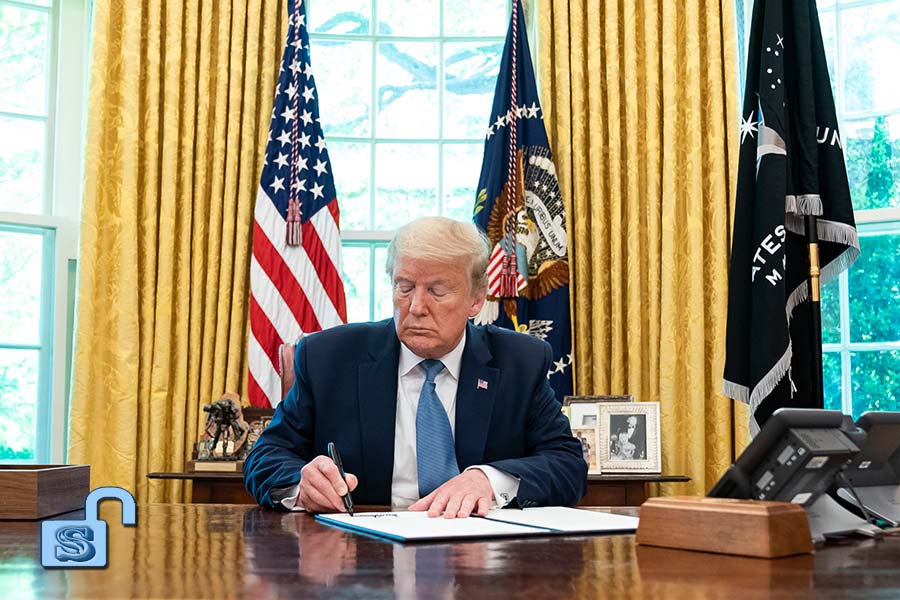 ◎ There is great strategic value in taking the CCP to task over religious freedom.

Key points in the executive order include:
1. Trump understands religious freedom as a moral issue, a value issue, a foreign policy issue, and a national security issue. “Religious freedom, America’s first freedom, is a moral and national security imperative. Religious freedom for all people worldwide is a foreign policy priority of the United States, and the United States will respect and vigorously promote this freedom. As stated in the 2017 National Security Strategy, our Founders understood religious freedom not as a creation of the state, but as a gift of God to every person and a right that is fundamental for the flourishing of our society,” the executive order states.

2. The executive order directs the U.S. Secretary of State and the Administrator of the United States Agency for International Development (USAID) to come up with a plan within 180 days to “prioritize international religious freedom in the planning and implementation of United States foreign policy and in the foreign assistance programs of the Department of State and USAID.”

3. The executive order budgets at least $50 million per fiscal year for the State Department to advance global religious freedom, including coming up with programs that are “intended to anticipate, prevent, and respond to attacks against individuals and groups on the basis of their religion” and promote accountability for the perpetrators of such attacks.

5. The U.S. will “prioritize the appropriate use of economic tools to advance international religious freedom in countries of particular concern.”

Our take:
President Trump’s executive order on advancing international religious freedom received little attention when it was announced. Yet the executive order has great strategic value when wielded against the People’s Republic of China in the Sino-U.S. “new cold war.”

1. Trump’s executive order builds on the 2017 National Security Strategy and his administration’s effort to promote religious freedom while calling out the Chinese Communist Party’s persecution of religious and ethnic minorities in China. Taking the CCP to task over religious freedom is a sound and effective strategy because it puts focus on the CCP’s gross human rights abuses (mass incarceration, live organ harvesting, etc.) and forces the CCP, which promotes atheism and Marxism–Leninism, into an ideological battle with the United States. The CCP fears an ideological battle and has thus far reacted strongly to America playing the human rights card because both issues have the potential to create crises that can trigger regime collapse (see our previous analyses here, here, and here).

Some observers, including the CCP, may argue that the Trump administration and the U.S. lack the “moral high ground” to challenge the PRC on human rights because the U.S. has an imperfect human rights record. This is flawed logic because it implies that only those who have done no wrong are fit to criticize wrong-doers or sentence criminals to justice; because no human is without flaws, nobody can condemn wrongdoing and criminals cannot be tried. Worse, the argument ultimately aids the CCP in deflecting attention away from its many pernicious human rights abuses over the decades.

2. The CCP’s persecution of religious and ethnic minorities is tied with the vicious factional struggle in the Party elite. In particular, Xi Jinping is threatening to “upend” the political legacy of Jiang Zemin and the Jiang faction by “eroding” the extralegal institutions used to perpetuate Jiang’s persecution of Falun Gong (while still keeping the persecution on the books), while those who oppose Xi are looking to hold him “accountable” for the mass detentions and abuses of Uyghur Muslims in Xinjiang Province.

Both Xi and his political rivals have greater reason to attack each other when the Trump administration takes concrete steps to advance international religious freedom and spotlights persecution in China. The CCP factional struggle could escalate sharply over religious and ethnic persecution because it concerns the very sensitive issue of political legacy. Serious escalation in the factional struggle can lead to political Black Swans, including regime collapse.

3. In July 2019, we wrote that the “current Sino-U.S. conflict is not just a trade war or a tech war, but a critical battle of ideology, value systems, and morality.” By making it a diplomatic priority to advance religious freedom globally, the Trump administration has officially opened the ideological, values, and morality battlefront against the PRC.

The Trump administration, however, cannot win the battle of ideology, value systems, and morality with the CCP through promoting religious freedom alone. A 2017 Freedom House report estimates that there are 350 million religious believers in China, or about a quarter of China’s 1.4 billion population. The U.S. must implement other strategies to win over China’s non-believers while it wages the “new cold war” against the PRC.

We wrote in July 2019 that “the U.S. can implement novel solutions, such as targeting the CCP’s worst human rights abuses and showing appreciation for authentic Chinese culture, alongside current strategies to compel Xi to consign the regime to the ash heap of history.” SinoInsider has those novel solutions.