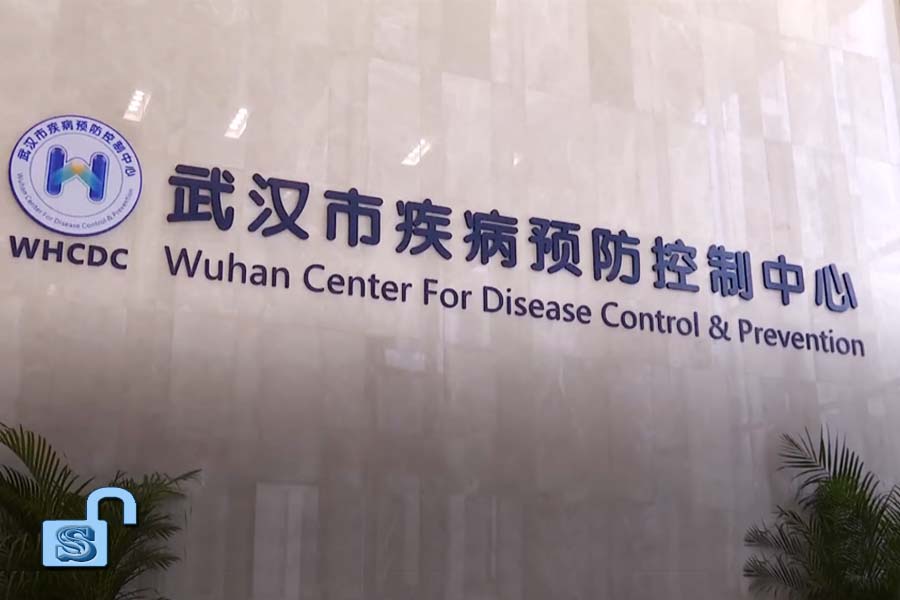 ◎ It is almost second nature for PRC officials steeped in CCP culture to engage in a cover-up.

On Jan. 20, the People’s Republic of China’s National Health Commission confirmed that a new coronavirus that is spreading in China and some countries can be transmitted from human-to-human. The NHC said that the coronavirus, which originated in the city of Wuhan in Hubei Province, had spread to more Chinese cities, including Beijing and Shanghai.

On the same day, state media reported PRC leader Xi Jinping as saying that “people’s lives and health should be given top priority and the spread of the outbreak should be resolutely curbed.” Xi also said that there was a need for “the timely release of information” and the “deepening of international cooperation.”

Xi’s Jan. 20 remarks on the Wuhan coronavirus and the NHC’s confirmation that the virus can spread from human-to-human were the PRC’s first official acknowledgment by the central authorities of the coronavirus outbreak since news of people contracting a SARS-like pneumonia in Wuhan emerged in early December 2019. On Dec. 31, 2019, the Medical Administration and Medical Administration of Wuhan Municipal Health Committee had issued an “urgent notice on the treatment of pneumonia of unknown cause.”

Wuhan is a major transport hub in China. With many Chinese traveling during the Spring Festival period (an estimated 3 billion people traveled during the festive period—15 days before the Chinese New Year to 25 days after—in recent years), there is a real risk of a serious epidemic developing on the mainland.

At the time of writing, there are 440 confirmed cases and nine deaths in mainland China, according to publicly available information. There are nine confirmed cases outside the mainland: Thailand (4), Japan (1), South Korea (1), Taiwan (1), Macau (1), and the United States (1).

On Jan. 21, Peter Cordingley, a spokesman for the World Health Organization during the SARS crisis, accused Beijing of “lying about the spread of the Wuhan flu virus from the start” on social media. “I say this because I was the WHO spokesman in Asia at the time of the 2003 SARS outbreak, and I’m seeing precisely the same reckless behavior now,” he wrote.

In reviewing reports and accounts on Chinese language media (overseas and dissident-run) and social media before and after the Chinese Communist Party confirmed person-to-person transmission of the Wuhan coronavirus, we have reason to believe that the CCP regime had attempted to cover-up the virus outbreak and the subsequent epidemic, and that the situation is very likely far worse than officially reported.

Our take:
1. It is almost second nature for PRC officials steeped in CCP culture to engage in a cover-up. Local officials concerned with their political results would first try to hide a virus outbreak (or other bad news) from the local populace and the central government until it is no longer politically prudent to do so. Likewise, to avoid public panic and international condemnation, the central government would downplay or avoid acknowledging an epidemic until it spreads to Beijing and the situation becomes too severe or widely known to continue censoring it. And even after officially acknowledging an epidemic, both local and central governments will almost certainly engage in lesser forms of cover-up to protect themselves politically and preserve the image of the CCP regime. Observers should not mistake the CCP’s recent acknowledgment of the coronavirus outbreak as a sign that it has become more transparent after learning from the SARS experience; that the regime is becoming a “responsible world power”; or that the current situation in China is less severe than during the 2003 SARS epidemic.

The CCP’s cover-up and handling of the coronavirus outbreak will likely guarantee the development of a serious epidemic. For instance, the Wuhan local government failed to notify the public about an infectious disease outbreak at the onset of the Spring Festival traveling season (starting Jan. 10). The Chinese people also appear to lack basic knowledge of disease prevention and lack medical supplies; a retiree from Wuhan told Voice of America in an interview that she planned to “buy more supplements to boost immunity” to guard against the coronavirus and that people in Wuhan are not wearing face masks because “they don’t think that there is a problem.” Meanwhile, a Jan. 20 report by Hong Kong Cable Television found that the hospitals in Wuhan, Guangzhou, and Beijing that kept patients with the coronavirus had not yet stepped up their precautionary safeguards while the local citizens declared their “absolute faith” in the CCP government’s ability to handle the epidemic. “Nothing to fear, under the Party’s care there are safeguards everywhere,” said a local resident.

Party culture and the CCP’s long-time brainwashing of the Chinese people are reasons why we noted that the CCP authorities would engage in a cover-up when “highly contagious diseases” break out on the mainland in our China outlook for 2019 and 2020. From our China 2020 outlook, “The PRC will attempt to conceal the various epidemics until the situation is dire. We do not rule out the possibility that the PRC will use unethical means to contain the spread of the diseases and eliminate the epidemics.”

2. Local political factors that could have influenced the CCP’s cover-up of the Wuhan coronavirus outbreak.

According to the official schedule, the Wuhan government held its “Two Sessions” meeting in the second week of January. The fifth meeting of the 14th Wuhan People’s Congress was held from Jan. 7 to Jan. 10 while the fourth meeting of the 13th Wuhan Chinese People’s Political Consultative Conference was held from Jan. 6 to Jan. 10. It is standard practice for the CCP to tighten censorship before, during, and after key meetings.

Meanwhile, Jiang Chaoliang, the Party secretary of Hubei, formerly worked with PRC vice president and Xi ally Wang Qishan. After Xi took office, Jiang was transferred first to Jilin and then to Hubei; in both provinces, Jiang oversaw the purge of officials under the anti-corruption campaign. There is a possibility that Xi and Wang could be wary about the political implications of confirming the coronavirus outbreak in the capital of a province where a member of the Xi camp is in charge as Xi’s political rivals could find an opportunity to attack his leadership for “incompetence.” Indeed, the sentencing of Jiang faction associate Meng Hongwei to 13 years in prison two days after the PRC confirmed the epidemic could be a pre-emptive move by Xi to put his political rivals on notice before they can exploit the Wuhan coronavirus outbreak (and the signing of the Sino-U.S. “phase one” trade deal) to undermine his leadership.

3. The CCP and Xi Jinping will face greatly heightened levels of political risk with a serious epidemic on the mainland.

A serious epidemic will impact the deteriorating Chinese economy and stymie the CCP government’s efforts to rescue the economy (including negating any potential gains from the “phase one” deal). Prolonged economic decline will in turn affect the CCP’s political legitimacy, which it has tied with being able to deliver economic results since the days of Deng Xiaoping. Meanwhile, Xi’s political rivals will almost certainly seize upon the regime’s economic failings to challenge him and escalate the “you die, I live” CCP factional struggle.

Economic impact aside, the CCP’s lack of transparency and inept handling of a serious epidemic will also affect its political legitimacy. For instance, when the fallout of the epidemic becomes more and more obvious to the Chinese people (mass deaths, rapid spread of the coronavirus across the mainland, etc.), they will question the CCP government’s earlier assurances and begin to seriously doubt the authorities’ ability to deal with the crisis. Both Xi and the CCP are in trouble if the Chinese people take to the streets to demand greater transparency and criticize the CCP government’s handling of the Wuhan epidemic. Xi’s political rivals could take advantage of citizen protests to attack the Xi leadership.

Regime-threatening Black Swan events could be triggered in China if Xi cannot suppress an angry Chinese public or his political rivals. The CCP’s handling of the Wuhan coronavirus outbreak could potentially be viewed as its Chernobyl.