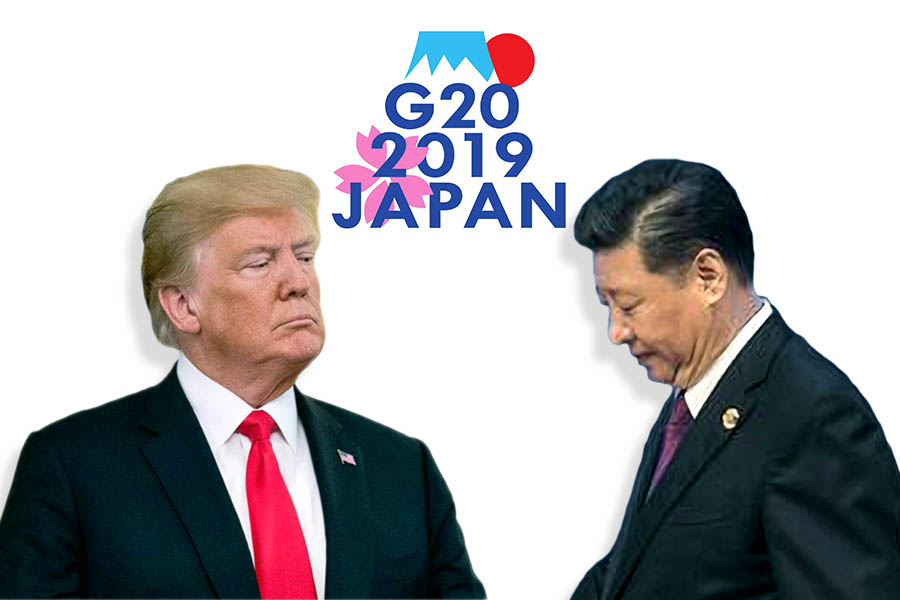 ◎ Both President Trump and Xi Jinping have signaled strongly that they want to meet each other at the G20 in Osaka.

Neither the United States nor China has confirmed that Chinese leader Xi Jinping and U.S. President Donald Trump are meeting at the June 28-June 29 G20 summit in Osaka. Yet both leaders have signaled strongly that they want to meet each other.

Xi’s remarks are noteworthy for two reasons. First, Xi had finally openly referred to Trump as his friend; Trump has been consistent in talking about their friendship and chemistry since they met in person in 2017. Second, Xi’s remarks at the St Petersburg forum went unreported in the official press of the Chinese regime. Both reasons help Xi Jinping lay the groundwork to set up a meeting with Trump without losing face.

Meanwhile, Trump used both carrot and stick to signal his intention to meet with Xi. In an interview with CNBC on June 10, Trump noted that additional tariffs on Chinese goods would go into effect if Xi does not attend the G20. Yet he said that the U.S. may very well “do something with respect to Huawei as part of our trade negotiation with China.” Further, Trump said that he has a “great relationship” with Xi and that “he’s actually an incredible guy.” Trump also noted that they are “scheduled” to have a meeting and thinks that Xi will go to the G20 in Osaka.

Our take:
1. We wrote in a previous article that the Chinese Communist Party and the Chinese regime “cannot long withstand the perfect storm of political turmoil, economic crisis, food shortages, social unrest, and intense U.S. pressure. With its survival at stake, the CCP will not resign itself to fate and will instead do whatever it can, by all means fair and foul, to stay alive.”

We believe that the U.S. would not relax its pressure on China at this stage. However, the Trump administration might still be weighing the option of going “all-out” against the Chinese regime given the risky ramifications of that option.

Thus, it is unsurprising that both President Trump and Xi Jinping seem to be keen on meeting at the G20.

2. Trump and Xi might want a meeting, but there are still some days left to the G20. Businesses, investors, and governments would be at an advantage in a year of uncertainty and high volatility if they have a handle on the following topics:

We offer analysis reports on the above topics. For more information on the reports, contact us.

Get smart:
SinoInsider has a track record of accurately predicting China and Sino-U.S. relations. Last year, we called the trade war “unavoidable” six months before the first wave of U.S. tariffs were announced. This year, we predicted that “the U.S. may raise tariff rates on $200 billion worth of Chinese goods from 10 percent to 25 percent before June.”

With our authoritative analysis and forecasting, businesses, investors, and governments would be able to reduce their exposure to risk and be better equipped to plan ahead and make key China-related decisions for the second half of 2019 and beyond.