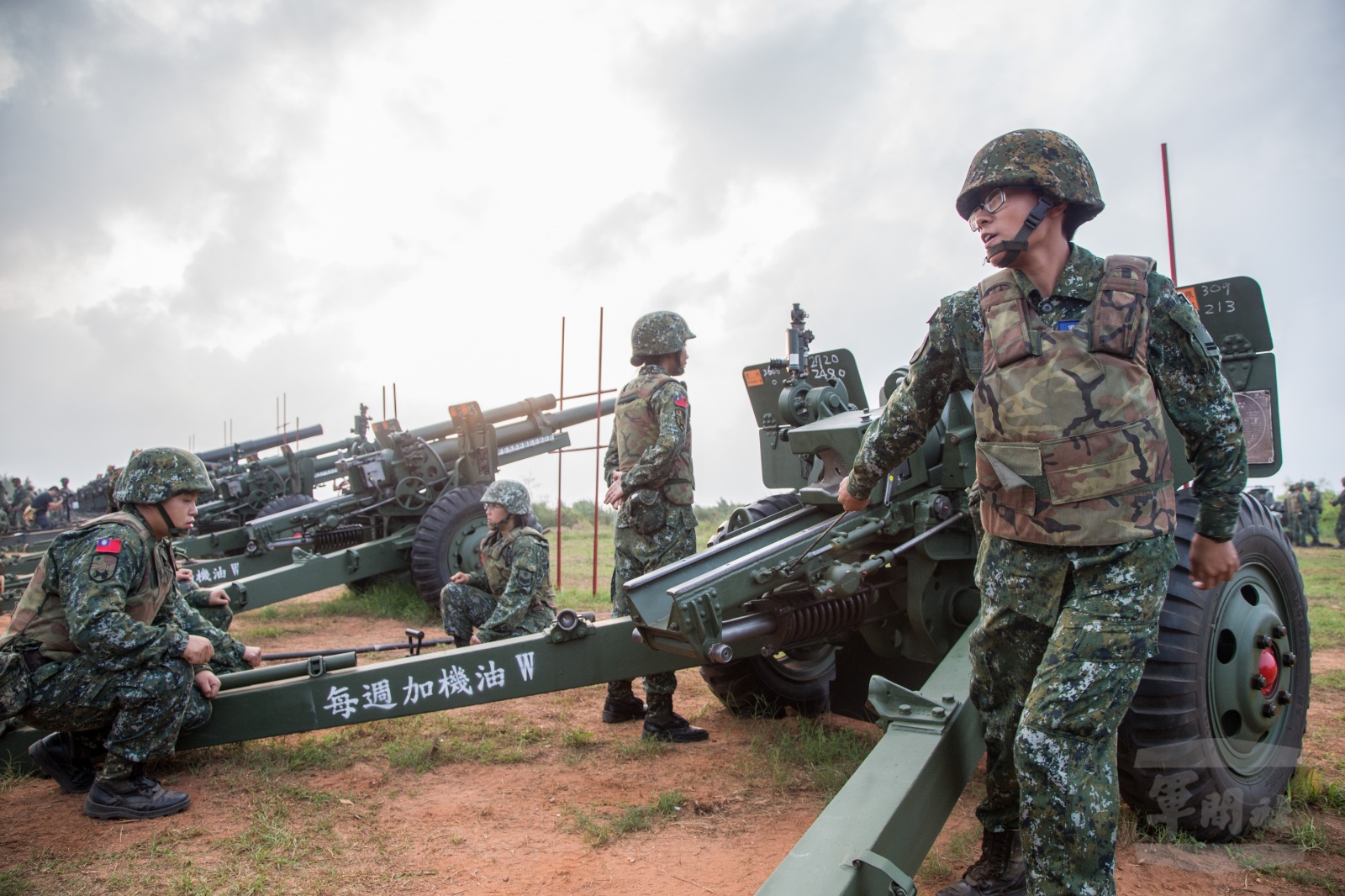 From conducting invasion drills to threatening “unification with military force” upon the visit of United States warships, the Chinese Communist Party (CCP) has been consistent in its messaging to take Taiwan by military means. Lately, the CCP has also stepped up diplomatic efforts to win over Taiwan’s allies and isolate the Republic of China (ROC) internationally.

Recent pushback from Taiwan and the U.S., however, has forced the CCP to start downplaying its ambitions to “reunify” Taiwan and the mainland in its messaging.

We believe that the People’s Republic of China (PRC) could see its international standing diminish as America and Taiwan draw closer and take firmer action to counter the CCP’s Taiwan strategy.

The backdrop:
On Aug. 16, the U.S. Department of Defense published a report on the PRC’s military power. In the section on Taiwan, the report notes that the PRC has “never repudiated the use of military force” despite advocating for peaceful reunification. The report also lists seven circumstances in which the PRC has historically warned that it would use force, including formal declaration of Taiwan independence and the stationing of foreign force in the ROC. In response, a Chinese military spokesman accused the U.S. of “misrepresenting” the PRC’s military strategic intentions and playing up the “China military threat” when the PRC was, in fact, a “facilitator of world peace.” The spokesman also claimed that America was trying to stir up “absurd discussions” about cross-strait affairs, and that “it is an iron-clad fact that Taiwan is a part of China.”

On Aug. 22, U.S. Senator Cory Gardner (R-CO) said at a hearing that he had drafted an amendment to the Federal Aviation Administration reauthorization bill that requires all carriers to use the reference “Taipei, Taiwan” to operate in U.S. airspace. Earlier in the year, PRC aviation authorities had demanded that international air carriers remove a reference to “Taiwan” on their websites and promotional material or face punishment.

On Aug. 31, Taiwan’s defense ministry published its 2018 Report on the People’s Liberation Army. According to the Report, the PLA plans to be equipped to carry out full-scale military action against Taiwan by 2020. The PLA could aim to launch a blitzkrieg invasion, and could adopt strategies like artillery shelling, combined arms tactics, naval blockades, and amphibious assaults. The PRC’s foreign ministry and defense ministry did not comment on the Report.

On Sept. 5, a bipartisan group of U.S. Senators introduced the Taiwan Allies International Protection and Enhancement Initiative (TAIPEI) Act to defend the ROC’s diplomatic alliances. The TAIPEI Act requires the U.S. to develop a strategy to help Taiwan. The Act authorizes the State Department to downgrade U.S. relations, and suspend or alter U.S. foreign assistance, to governments that “take adverse action with regard to Taiwan.” The TAIPEI Act is a response to nations breaking off diplomatic ties with Taiwan under PRC pressure or bullying tactics. This year, Burkina Faso, the Dominican Republic, and El Salvador chose to recognize the PRC over the ROC.

On Sept. 6, the Beijing-based Duowei News published an article about the “very low probability” of the PRC attacking Taiwan. The article claims that PRC military action would run contradictory to its “peaceful rise” rhetoric and affect its Belt and Road strategy. The article adds that Beijing would not skip “economic sanctions” against Taiwan before military action. Also, the article notes that the Taiwan issue has become a bargaining chip in the Sino-U.S. trade war, and that the nature of the China-U.S. bilateral relationship has become a “fundamental problem” in resolving the Taiwan issue. Given the current state of affairs, the PRC fears that the U.S. and the European Union would sanction China for an attack on Taiwan in a repeat of the post-Tiananmen Square events. In ending, the article claims that the PRC has the Taiwan issue “within the scope of its control,” and has little need to resort to military means to resolve the matter.

On Sept. 7, Duowei highlighted a recent newspaper editorial by Su Chi, Taiwan’s former Mainland Affairs Council minister and a drafter of the “1992 Consensus.” Su’s editorial, titled “The Odds of the CCP Using Military Force Against Taiwan,” noted that the CCP was interested in using military force only for self-defense after the collapse of the Soviet Union. The editorial also noted that Taiwan leader Tsai Ing-wen’s stance on the issue of independence would be the determining factor for PRC invasion. Duowei pointed out that there is a “great disparity” between Su Chi’s assessment of the “China threat” and that of the mainstream Taiwanese media; mainstream views hold that the threat of PRC military invasion is ever-present and does not hinge on “Taiwan independence” as the sole factor.

Duowei News is known to carry leaks and rumors about elite CCP politics, as well as float CCP trial balloons and spread disinformation from time to time.

Our take:
1. The Duowei articles were published after the U.S. and Taiwan issued reports on PRC military strategy towards the ROC and announced legislature to support Taiwan. While the articles maintain the PRC’s “red line” on the Taiwan issue (Taiwan independence), they make a labored point of downplaying the odds of PRC invasion.

Based on our understanding of CCP operations, we believe that the CCP is using unofficial channels to tone down its militaristic rhetoric against the ROC in light of firm pushback by the U.S. and Taiwan. This propaganda retreat is akin to an earlier incident where the Propaganda Department stopped promoting the documentary film “Amazing China” (li hai, wo de guo/“My Country is Awesome”) three days after the U.S. Commerce Department slapped a crippling business ban on state-backed telecommunications maker ZTE.

2. There are two likely reasons for the CCP downshifting its militaristic rhetoric on Taiwan.

First, the CCP seems to have realized that America has changed its China policy from engagement to rivalry, and is serious about standing up for Taiwan. With the Chinese economy ever-worsening and military reforms and leadership reshuffle rendering the PRC incapable of launching an invasion of Taiwan in the near-term, the CCP would deduce that its interests are better protected by softening its propaganda concerning a military takeover of the ROC. In other words, the CCP does not have the confidence to mount a serious challenge to the U.S. even if bilateral relations are further strained.

Second, the CCP is advancing new lines of propaganda to deal with the U.S. finally reacting to new Cold Wage waged by the CCP. One of these new propaganda narratives involves the claim that a Sino-U.S. Cold War would eventually lead to hot conflict, and upset regional and global stability. In the case of Taiwan, the CCP appears to be shaping public discourse by spreading the narrative that this is a low probability of a PRC invasion. Later, the CCP can point to the “popular sentiment” that the PRC would unlikely invade Taiwan to rebut increased U.S. military support and other assistance to the ROC. The CCP could also spin U.S. aid to Taiwan as a sign that America is interested in a “hot conflict” with the PRC, and claim the moral high-ground internationally.

Note that the CCP’s shift in propaganda rhetoric does not necessarily affect its military force preparation. Also, the Trump administration can be expected to continue strengthening the military and make preparations to counter the PLA regardless of changes in CCP propaganda.

3. The U.S. should be able to sidestep the CCP’s propaganda trap by laying out the facts of PRC aggression when confronted. America will also have an easier time dealing with CCP propaganda when a new global system is established. We have observed in earlier articles that the Trump administration seems to be in the process of reshaping the post-WWII, CCP-hijacked world order (see here, here, and here). In doing so, the administration is challenging the CCP on trade, upgrading U.S. military capabilities (naval warship building, Space Force, cyber, etc.), and is moving to counter the CCP on the ideological front.

What’s next:
The 2019 U.S. National Defense Authorization Act proposes sending a U.S. hospital ship to Taiwan annually to improve disaster response planning and preparedness as well as strengthen bilateral ties between the two countries. Also, the U.S. will send American security personnel to the American Institute in Taiwan (AIT), the de facto U.S. embassy in Taiwan, when it becomes operational in September; there is speculation that U.S. Marines would be deployed as security personnel to the AIT.

Given that the CCP is already backing down on the propaganda front, it seems unlikely that the CCP would act rashly when the U.S. carries out the two measures above. The PRC may response with angry words and military drills, but we do not expect to see any further military escalation.