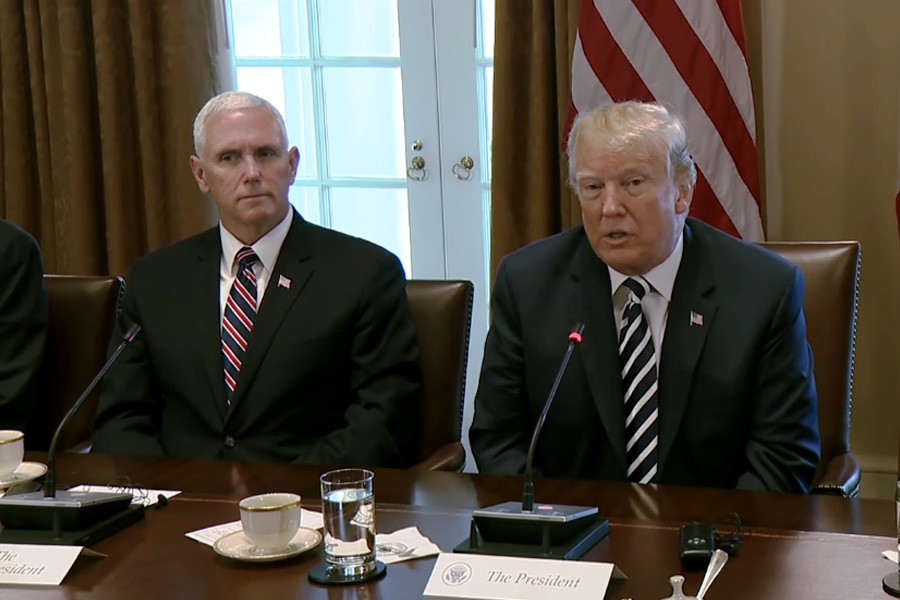 ◎ We believe that President Trump’s statements support our March analysis that the Korean Peninsula would denuclearize and progress towards peace.

During a bilateral meeting and press conference with French president Emmanuel Macron on April 24, President Donald Trump made some interesting remarks about the North Korean situation.

Trump said at the bilateral meeting that the North Koreans would like the summit between him and Kim Jong Un to take place “as soon as possible,” and that this development is “a great thing for the world.”

Kim, Trump added, has “really has been very open and, I think, very honorable from everything we’re seeing.” Trump said that he would “leave the table” if negotiations don’t work out “unlike past administrations,” but felt that “we have the chance to do something special.”

When asked about what he meant by the complete denuclearization of North Korea at the press conference, Trump said: “It means they get rid of their nukes.”

“Very simple … it would be very easy for me to make a simple deal and claim victory. I don’t want to do that. I want them to get rid of their nukes,” he added.

“The campaign of maximum pressure will continue,” Trump said. “The end result is, we’ll see. Maybe good things will happen; it may be we’re all wasting a lot of time, but hopefully it will all be good for everybody concerned.”

Trump also praised Xi Jinping (“a terrific guy and friend of mine”) and China for helping the U.S. with the North Korean situation. “China has never treated us with more respect than they have over the short period of time that I’m president,” he said. Trump added that is “excellent relationship” with Xi is “very important to what’s happening North Korea.”

The backdrop:
1. On April 19, South Korean president Moon Jae-in said that North Korea has expressed its desire for “complete denuclearization” of the Korean Peninsula, and is not seeking the withdrawal of U.S. troops from the peninsula as a condition. Moon added that North Korea only wants an “end of hostile policies” against the country, as well as a “guarantee of security.”

Our take:
1. We believe that President Trump’s statements support our March analysis that the Korean Peninsula would denuclearize and progress towards peace.

We also wrote: “The odds of seeing peace on the Korean Peninsula are very high if America and China show Kim Jong Un sufficient “face” in exchange for him giving up nuclear weapons. For instance, Xi and Trump could allow Kim to stay in power, lift sanctions, and resume economic aid to North Korea.”

2. For Xi Jinping, pressuring Kim to denuclearize removes the threat of his chief rivals, the Jiang Zemin faction, encouraging a nuclear North Korea to help them undermine his leadership. Xi’s effort to bring about a non-nuclear, peaceful Korean Peninsula would also become his bargaining chip for China’s trade talks with the U.S.

3. Xi is a key reason why Kim has incentive to hold talks with Trump “as soon as possible,” and why Kim might be “very open” and “very honorable” in discussions with America.

After Xi dropped the presidential term limits at the Two Sessions, Kim knows that he would potentially have to deal with Xi for a very long time while Xi’s weakened rivals (and allies of the Kim family) would eventually be eliminated. In other words, Kim would be committing political suicide if he were to continue showing recalcitrance towards Xi.

Also, China’s sanctions are taking its toll on North Korea. In the first quarter of 2018, China’s total imports and exports to North Korean fell by over 60 percent year-on-year, while the number of imports decreased sharply by 86.2 percent, according to Chinese official data. Under such harsh sanctions, Kim has no choice but to compromise with Xi and rush to negotiate with America. 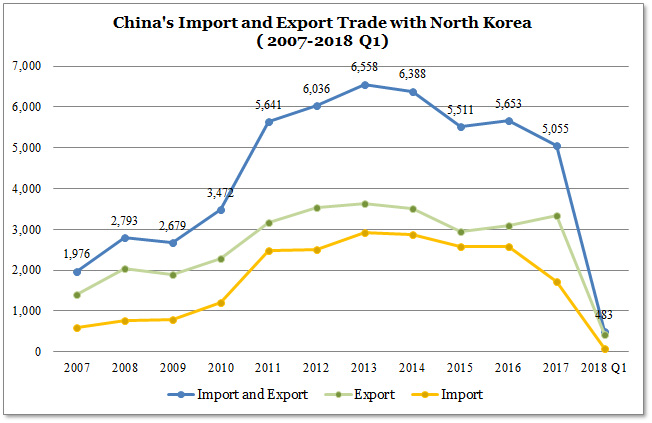 What’s next:
If the present situation holds, we believe that there is a high chance that North Korea would denuclearize as per the U.S.’s demands. North and South Korea would also move to end the state of war between the two nations, and Trump would be the U.S. president to sign a Korean peace treaty.