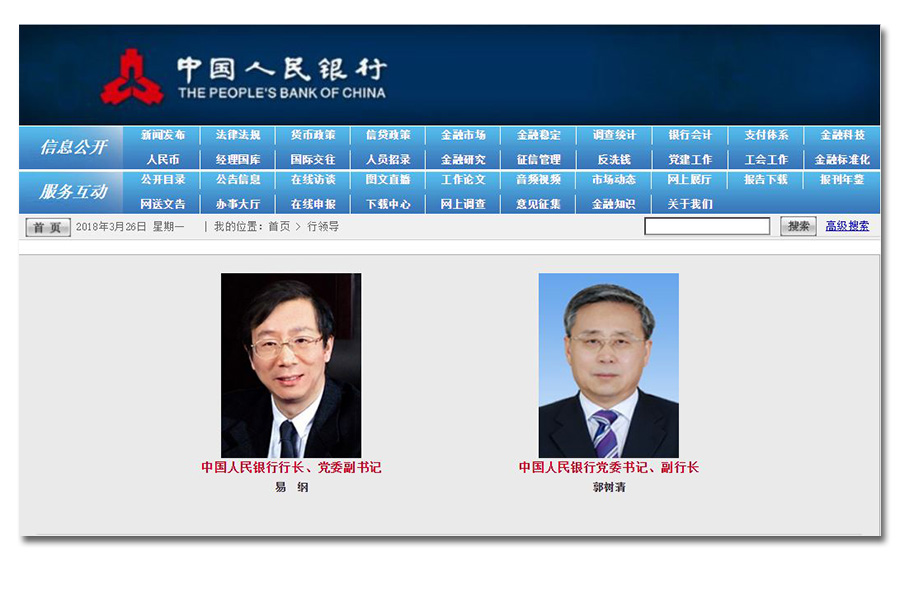 On March 21, Guo was named as director and Party secretary of the new China Banking and Insurance Regulatory Commission.

No official before Guo Shuqing was appointed as Party secretary to two major institutions under the State Council.

The backdrop:
Following a series of sweeping Party and state institutional reforms announced in March, the Ministry of Justice, Ministry of Emergency Response, the new markets supervision management bureau, and now the central bank has a personnel arrangement where different officials hold the positions of Party secretary and institution head.

Previously, it was customary for the head of a State Council ministry, department, or central bank to hold both Party and state positions.

Our take:
1. Guo Shuqing’s new assignment affirms the logic behind our analysis of China’s financial sector reform and personnel reshuffle. We wrote earlier that Guo might be named as central bank chief due to his ample work experiences and his having Xi Jinping’s trust. (See our earlier articles on this topic: link 1, link 2, link 3)

2. In our analysis of why Yi Gang became PBoC president, we noted that Guo is the best candidate for the job, and Yi’s appointment meant that:

3. Guo Shuqing, a full member of the Central Committee and PBoC Party secretary, outranks Yi Gang, an alternate member and PBoC president. Based on the current political arrangement where the Party reigns supreme, Yi will defer to Guo’s directions. In other words, Guo is the de facto central bank chief.

4. We wrote earlier that the role of PBoC president could be weakened under the new financial regulatory structure. For instance, vice premier Liu He could lead the formulation of monetary policy in light of rising Sino-U.S. tensions, and Yi would end up being more of a policy implementer than a formulator.

The PBoC president’s weakened role is more evident with Guo Shuqing as central bank Party secretary. And Guo, a Xi loyalist, would be able to play an even more direct role than Liu in monitoring Yi Gang and influencing central bank policies.

5. We continue to believe that the current “central bank plus two commissions” model is only temporary. Xi Jinping could implement a “bank plus commission” structure after risks become more manageable and he has cleaned out factional rivals in the financial sector.