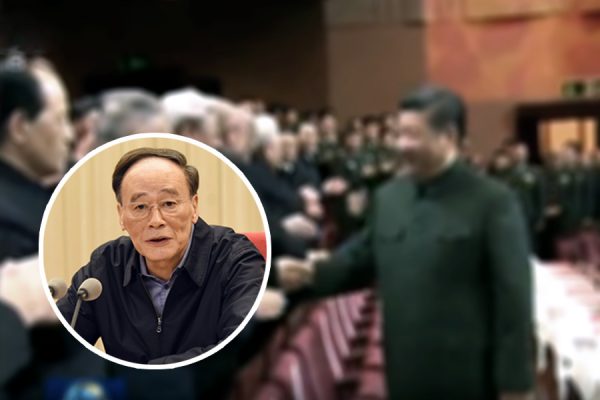 ◎ We noted in our 19th Congress forecast that Wang may be appointed as vice president and handed a diplomatic portfolio in March 2018.

On Feb. 13, state mouthpiece Xinhua released a list of “old comrades,” or former leading officials, whom Xi Jinping and the Central Committee would be paying a visit to during the Lunar New Year period. Former Chinese Communist Party (CCP) leaders Jiang Zemin and Hu Jintao are counted among the 95 “old comrades.”

A notable “old comrade,” however, was not included in the list: Wang Qishan, the former Politburo Standing Committee member and anti-corruption chief who stepped down at the 19th Party Congress in October.

The backdrop:
Wang was elected as a delegate to the Hunan People’s Congress on Jan. 29, a development that has led Chinese and Western media outlets to speculate that Wang is set for a bigger role in the Xi administration at the Two Sessions meeting in March.

Our take:
1. Elite officials from the 18th Central Committee who hold Party positions but not positions in the state government, legislature, and political advisory body are included in the “old comrades” list.

Wang Qishan only held a Party position in the 18th Central Committee (Central Committee for Discipline Inspection secretary) and should be retired, but he apparently doesn’t qualify as an “old comrade” given his exclusion from the list. This suggests that Wang still hasn’t left politics, and may already be designated a state job.

2. We noted in our 19th Congress forecast that Wang may be appointed as vice president and handed a diplomatic portfolio in March 2018 (Oct. 18, Oct. 24).

Wang’s curious omission from the “old comrades” list further corroborates our analysis. The factional struggle between Xi Jinping and the Jiang Zemin faction was very intense around the 19th Congress period, and Xi gave up keeping Wang on the Politburo Standing Committee in exchange for adding his “Xi Jinping Thought” to the Party charter and state constitution. However, we noted that Xi would attempt to keep Wang on as an unofficial Politburo Standing Committee member and even circumvent the Party’s retirement norms by giving Wang a state position (there are no age restrictions for the vice presidency).

3. On Jan. 29, we published an article about Wang being Xi’s best choice for vice president due to the ongoing factional struggle and ratcheting up of tensions between China and the United States. Three days later, Wang became a Hunan delegate, and mainstream news outlets like the New York Times and The Wall Street Journal cited insider sources as saying that Wang is a favorite for the office of vice president.

Our unique research methodology and forecasting tools allow us to predict key political developments in China like the 19th Congress results and Wang Qishan’s imminent appointment as vice president with a high degree of accuracy. We thus have an unparalleled understanding of the direction that China is heading, and can help businesses and professionals better uncover hidden risks and opportunities.