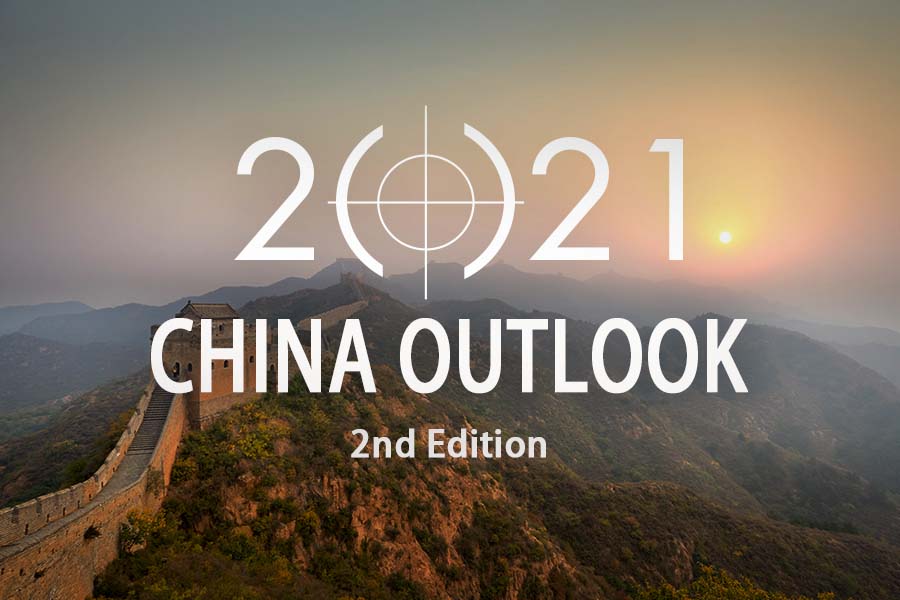 Prologue
In the first edition of this annual outlook, we predicted a Trump victory and made several other forecasts based on that scenario. We based our assessment on a study of publicly available information and various signs surrounding the events of election night, Nov. 3, 2020, and leading to Joe Biden’s acceptance speech on Nov. 7. We forecasted that evidence of alleged election fraud would have its day in either courts of law or in the national legislature, which would determine the true winner of the presidential race.

Our initial assessment was optimistic. On Jan. 6, 2021, radicals stormed the U.S. Capitol building as the electoral college votes were being counted. The incident was seized upon by legacy media, pundits, and politicians to drive the narrative that President Donald Trump had “incited an insurrection” to overturn the result of the 2020 U.S. presidential election and “destroy U.S. democracy.” Trump, his supporters, and conservatives in America were demonized and virtually equated with Hitler and the Nazis by the mainstream press, politicians on the left, and establishment figures. Tens of thousands of National Guardsmen were dispatched to Washington D.C. to “secure” Biden’s inauguration on Jan. 20, and thousands are expected to stay in the capital for the duration of Trump’s Senate impeachment trial due to “fears of mass demonstrations.” Talk of election fraud faded from public view amid heavy social media censorship and stigma surrounding such discussion.

In our analysis of the Jan. 6 “insurrection” based on first-hand observation and publicly available information at the time, we wrote that “a staged coup and successful communist ‘normalization’ of the United States” was underway. New information and developments since then have only confirmed our analysis. We believe that establishment elites now control or have strong influence over all branches of the government, the legacy media, and most think-tanks and educational institutions in America. The elites, the bulk of whom are on the political left, can be expected to consolidate their authority at a rapid pace to “normalize” their coup and solidify their still-tenuous grip on power. Meanwhile, traditional American patriots, liberals, and conservatives have begun organizing and mobilizing at the grassroots level to secure the integrity of future elections and mount a serious challenge against the elites. A badly divided America will descent into turmoil: Those on the political right and left can no longer agree on what qualifies as “truth” or “facts”; a “cold” civil war is threatening to turn “hot” as one half of the country believes that the other half is “evil”; and America is in limbo, with the left force-marching the country in the direction of a post-constitutional, communistic regime, while sections of the right fight to preserve America’s traditions and constitutional republic.

On paper, an America in turmoil and an America helmed by “Beijing Biden” instead of “China hawk” Trump should be a big boost for Xi Jinping and the CCP regime. Examine the interests at play, however, and things look worse for both the Party and Xi. The U.S. establishment elite may be “old friends of China,” but that was during an era where the CCP was open to globalist interests and “engagement” with the West. Today, the Party is focused on eliminating external influences, striving for “internal circulation” and self-sufficiency, and doubling down on ideology to preserve regime security. Xi Jinping may attend Davos and talk like a globalist to a foreign audience, but his domestic actions and rhetoric betray a “China First” outlook. In the eyes of the establishment elite, Xi is Trump’s nationalist doppelgänger, and a CCP led by Xi is a threat to the globalist world order and its interests.

With Trump out of the way, U.S. elites and Xi’s factional rivals are now “united” in opposition against Xi Jinping ahead of the latter’s attempt to secure a norm-breaking third term as CCP General Secretary at the 20th Party Congress in 2022. Mounting geopolitical pressures against Xi will lead to escalations in the “perish together” factional struggle in the CCP elite, with dire consequences for the Chinese communist regime.

Our read of the U.S. situation and its impact on the Sino-U.S. relationship is why most of our forecasts in the second edition are largely unchanged from the first edition, particularly in the China “politics” and “economy” sections. The bulk of the changes are found in the “Sino-U.S. relations” section.

Introduction
2020 was a year of crisis for the world, beginning with the Chinese Communist Party’s cover up of the Wuhan coronavirus and ending with an election cliffhanger in the United States.

2021 will see worldwide financial, social, and geopolitical turmoil. This turmoil will sharply increase global instability and result in Black Swans. Black Swans will be disastrous for the CCP regime, paving the way for China’s post-communist era.

1. Global turmoil will hugely impact politics, the economy, and society in the People’s Republic of China. The CCP regime will meet its “Berlin Wall” moment and imminent collapse.

2. The coronavirus pandemic will worsen, not subside. New variants of the virus could emerge, rendering newly developed vaccines useless. Vaccines could also prove to be less effective than originally announced. The CCP will once again cover up the epidemic situation in China, which could spiral out of control.

5. Black Swans could radically alter the trajectory of many seemingly “inevitable” outcomes. Dramatic developments could usher China and the world into a post-communist era.