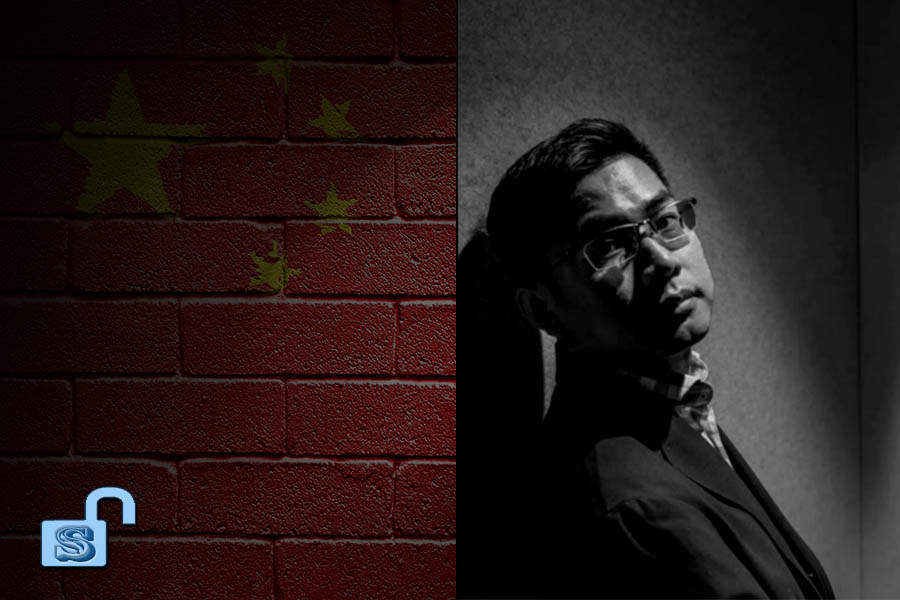 ◎ Wang Liqiang’s exposing of the CCP’s plans to interfere in the 2020 Taiwan presidential election will likely have a huge impact on the election.

On Nov. 23, several Australian news outlets reported that a defecting Chinese spy had offered a “trove of unprecedented inside intelligence” to Australian intelligence on how the Chinese Communist Party conducts its external interference operations. The spy, Wang “William” Liqiang, had given his material to the Australian Security Intelligence Organisation in October 2019.

On Nov. 24, the Shanghai public security bureau released a statement claiming that Wang Liqiang is a “convicted fraudster” and “wanted criminal suspect.”

Our take:
1. Some observers have expressed skepticism about whether Wang Liqiang is really a Chinese spy (The New York Times refers to Wang as a “would-be Chinese defector” and an “asylum seeker”). Others questioned the veracity of the information that he provided.

In perusing English and Chinese-language news reports on Wang Liqiang’s defection and examining broader geopolitical developments, we believe that Wang is more likely than not the real deal:

1.1. The CCP regime moved very quickly to denounce and discredit Wang—within a day after Australian and international news media outlets reported about his defection and information. We also observed the rapid mobilization of the CCP’s “Red Matrix” to cast doubt on or disprove Wang’s claims.

The CCP has a history of attempting to destroy the credibility of critics by releasing fabricated and damaging information about them. The speed at which the CCP moved to refute and discredit Wang suggests that it takes his claims very seriously. An Australian researcher who looked into the CCP’s allegations against Wang notes that “there is evidence that could cast serious doubt on them.”

1.2. On Nov. 24, ASIO director-general of security Mike Burgess released a statement saying that stories about Wang in The Age, The Sydney Morning Herald and Australia’s 60 Minutes contain “allegations that ASIO takes seriously” and that “ASIO was previously aware of matters that have been reported today, and has been actively investigating them.”

1.3. In his interview with Vision China Times, Wang gave very detailed accounts of CCP interference operations, the role in played in implementing some of them, specific and verifiable information about his superior in Hong Kong, specific amounts of money that the CCP gave to influence Taiwanese media and politicians, etc.

Wang’s descriptions of CCP interference operations match our own observations and research. We also believe that it is nearly impossible to fabricate the level and breadth of details provided by Wang as reported in the Australian media.

1.4. Some observers have expressed skepticism about Wang’s claims, arguing that his points about CCP interference operations seem too similar to what is already publicly known about them. They are also skeptical of the verifiability of his claims.

We believe that intelligence agencies (Australian, American, Taiwanese, etc.) will be able to verify or refute Wang’s claims in time because he gave very specific details and was involved in prominent cases like the kidnapping of Hong Kong booksellers from Causeway Bay Books. As for Wang’s claims about CCP interference operations largely confirming what is already known, this is a plus point for him, not a minus.

1.6. One theory being floated is that Wang Liqiang went public because he is trying to negotiate an asylum deal with the Australian government through the media. We do not completely rule out this theory given Wang’s claims about the CCP’s political interference in Australia and how CCP intelligence networks are “virtually everywhere” (几乎无处不在) and operating with impunity in the country.

We are more inclined to believe that Wang’s recent media publicity is connected with the Five Eyes countries (Australia, Canada, New Zealand, the United Kingdom, and the United States) attempt to stop the CCP from interfering in the Taiwanese presidential election scheduled for Jan. 11, 2020. Our analysis is based on two recent developments:

The first development is the timing of Wang’s media exposé of the CCP’s plan to interfere in Taiwan’s presidential election and other related warnings of the same nature from Taiwan and the United States. Just four days before Australian news media reported on Wang’s defection, incumbent Taiwan leader Tsai Ing-wen had said at a press conference that the PRC’s interference in Taiwan elections is something that “happens every day.” On Nov. 22, or a day before Australian media reported on Wang, American Institute in Taiwan director (the de facto U.S. ambassador to Taiwan) Brent Christensen told reporters in Taipei, “We are aware that China is attempting to apply pressure through various means on Taiwan. Certainly, these attempts to influence Taiwan’s democratic process are of concern. We believe that malign actors are using disinformation campaigns to make people lose faith in democratic institutions.” And on Nov. 25, the Taiwan Democratic Progressive Party caucus introduced a draft anti-infiltration law with plans to speed the bill’s passing with a second reading planned for Nov. 29.

The second development is the CCP’s recent shift in strategy in dealing with the Hong Kong protests. Shortly after the conclusion of the Fourth Plenum of the 19th Central Committee on Oct. 31, we observed signs which indicated that the CCP was still planning to decisively influence the 2020 Taiwan presidential election through moderating its handling of the Hong Kong protests. Starting from around the week of Nov. 11, however, the escalated police violence in Hong Kong and other suspicious developments (mainland students ordered to leave Hong Kong immediately, PLA troops leaving their barracks to participate in a street clean-up, etc.) indicated instead that the CCP was preparing to crackdown hard on the Hong Kong protesters. The hardline turn meant that the CCP had essentially abandoned its effort to decisively shape the Taiwanese presidential election. One plausible reason for why the CCP abruptly went “all-in” on its hardline strategy instead of keeping its options open as usual is because it knew that a Chinese spy with first-hand knowledge of the CCP’s plans was preparing to defect and go public with information about the Party’s external political interference operations and plans for the 2020 Taiwan election, but could not be swayed against defection or conveniently eliminated in time.

1.7. We believe that the labeling of Wang Liqiang as an “asylum seeker,” while not technically inaccurate, is somewhat disingenuous. There are far safer ways for Wang to secure political asylum in Australia, such as claiming to be a member of persecuted groups in China. Skeptics should ask why Wang would bother to a) expose himself to massive personal risk by approaching Australian intelligence and handing over information that could get him in deep trouble if proven to be false, and b) defect from a communist regime that would have no qualms with eliminating him for exposing its pernicious behavior in the manner which he did.

1.8. Some observers have questioned Wang Liqiang’s role in the CCP intelligence apparatus. Based on what is available in Australian Chinese and English language reports at the time of writing, it seems that Wang was recruited to serve as an intermediary for a military intelligence official, but may not actually be part of the official military intelligence apparatus. And if Wang is not an official spy, then he would not have received former intelligence training. It is not unusual for people recruited to do CCP intelligence work to not be trained spies (see the prosecution of Chinese spies by the U.S. Justice Department in recent years); people can be won over through bribery and benefits or through “patriotic education.”

Many of the irregularities in the details provided by Wang Liqiang, including questions about his young age (27) can be explained if he is merely an intermediary of a military intelligence operative embedded in Hong Kong (a man named Xiang Xin) and is being groomed for a bigger role by said operative. We believe that Wang should be considered a “Chinese spy” only in the broadest sense.

2. Many of Wang Liqiang’s claims about CCP external political interference operations and factional politics would sound familiar to SinoInsider readers or those who follow our experts on Taiwanese and overseas Chinese language media. The details provided by Wang in his interviews with Australian media affirm much of our analysis on CCP factional politics and external influence operations. We pick out three notable examples:

2.1. In his interview with Vision China Times, Wang said that spies at the Hong Kong-listed company China Innovation Investment Limited where he worked “frequently receive orders from the CCP elite to use forces in Hong Kong to eliminate political dissidents and monitor factional struggle losers.” Wang himself was “directly involved in negotiations” concerning the forced retirement of former PRC vice president Li Yuanchao.

In analyzing why the PRC vice presidency is an office to watch in January 2018, we wrote: “Li Yuanchao’s retreat from the public scene bodes ill for his political future. In the best case scenario, Xi allows Li to step down as vice president at the Two Sessions in March and enjoy a quiet retirement if he promises to stay out of factional politics. If Li creates trouble for Xi, then he is in danger of being investigated on charges of corruption or political disloyalty. And in the scenario where Xi feels the need to bring in a new vice president before the Two Sessions, Li could be retired early for ‘health reasons’ or other plausible alibis if he dissociates himself from Xi’s rivals, or arrested if Xi feels particularly threatened or unsure about Li’s allegiances.”

At the 2018 Two Sessions, Li Yuanchao stepped down as vice president and was replaced by Xi ally Wang Qishan.

2.2. In an interview with The Age, Wang Liqiang said, “Our work on Taiwan was the most important work of ours–the infiltration into media, temples and grassroots organizations.”

In an interview with Chinese language newspaper Dajiyuan that was published on Nov. 23, Wang said that while his intelligence work was focused mainly on Hong Kong and Taiwan, “actually the Taiwan issue is the most important issue. Our offensive direction is still Taiwan.”

Wang’s claim affirms our Nov. 3 analysis of how the CCP approaches the Hong Kong issue in terms of its short, medium, and long-term goals: “In the long-term, Hong Kong is a card to play when confronting the United States as the Sino-U.S. rivalry escalates; in the medium-term, the Hong Kong situation will affect the CCP’s ability to influence the 2020 Taiwan presidential election; and in the short-term, the CCP needs to shape the outcome of Hong Kong’s district council elections.”

In November 2018, we wrote: “Through the Red Matrix, United Front work, and other types of influence operations, the CCP seems to be trying to:
1. Shut down discussion on Chinese influence by coercion or diversion;
2. Shape and control the discourse on Chinese influence;
3. Sow chaos by infiltrating, controlling, and guiding the anti-CCP movement abroad.”

What’s next:
1. Wang Liqiang’s exposing of the CCP’s plans to interfere in the 2020 Taiwan presidential election will likely have a huge impact on the election. “CCP political interference” could become a key election topic and a litmus test for candidates, while “anti-red” sentiments could boost poll numbers for Tsai Ing-wen and the Democratic Progressive Party.

Meanwhile, pro-Beijing candidates and media could either deny Wang’s claims and affiliations with the CCP while doubling-down on their existing strategies, or go in the opposite direction by declaring themselves “anti-red” and seeking out association with prominent “anti-red” figures. Pro-Beijing candidates and media could pursue the former strategy first before changing strategies later to avoid a crushing defeat at the polls.

We wrote in our China 2019 outlook, “The CCP factional struggle will escalate. Retired members of the Politburo and its Standing Committee may even be purged. Serving senior officials are also at risk of being investigated.” A purge of the intelligence apparatus could see our prediction come to pass.