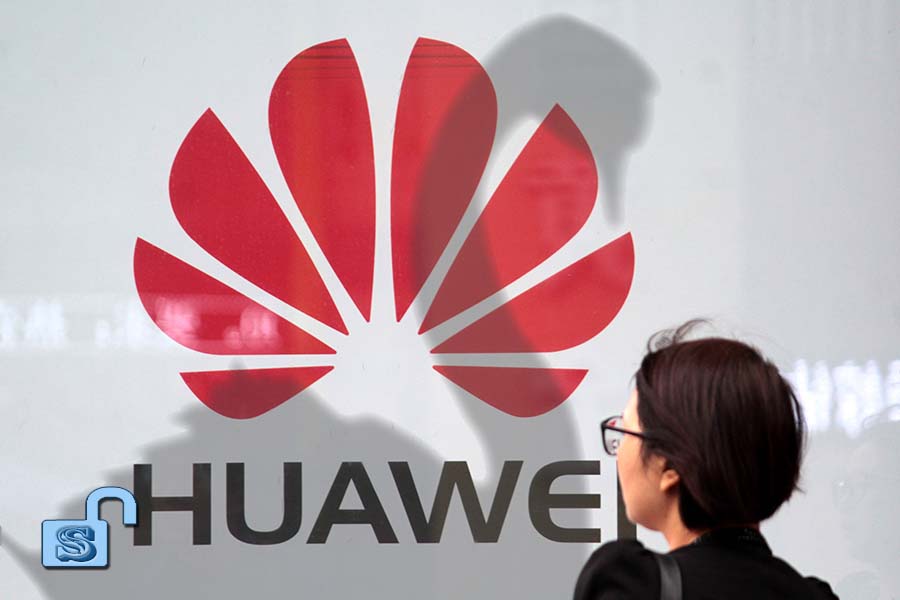 ◎ Ren Zhengfei’s alternating rhetoric reveals that Huawei is at its “wit’s end.”

At times, Ren exuded defiance. In an interview with Bloomberg published on May 26, he said, “The U.S. has never bought products from us. Even if the U.S. wants to buy our products in the future, I may not sell to them. There’s no need for a negotiation.” Ren also said that Huawei has been designing its own chips and is developing its own operating software for phones and servers. In the same interview, Ren said that President Donald Trump’s tweets are “laughable because they’re self-contradictory.” How did Trump “become a master of the art of the deal,” he said. Just months earlier, Ren had praised Trump as a “great president.”

At other times, Ren struck a realistic tone. During a May 21 press conference in Shenzhen, he said that Huawei will “always need U.S. chips,” reversing an earlier boast that Huawei would have “no problems” without U.S. chips. In his interview with Bloomberg, Ren also said that the company’s claimed two to three year lead on 5G technology would be “definitely” eroded with the current U.S. ban. “You can come back to interview us in two or three years and see if we still exist,” Ren said. “If we’re gone in two or three years, please remember to bring a flower and put it on our grave.”

We believe that Ren Zhengfei’s alternating rhetoric is a Black Swan leading indicator.

The backdrop:
After the U.S. ban on Huawei on May 15, several tech companies in America and elsewhere announced that they would stop supplying Huawei or cease doing business with the Chinese telecommunications maker (see here for a fuller background).

Meanwhile, the U.S. continues to harden its stance on China. During a joint press conference with Japanese leader Shinzo Abe on May 27, President Trump said that China “probably wish they made the deal that they had on the table before they tried to renegotiate it. They would like to make a deal. We’re not ready to make a deal.” He added that U.S. tariffs on Chinese products “could go up very, very substantially, very easily.”

When asked about Trump’s comments, Chinese foreign ministry spokesperson Lu Kang said that the Chinese regime’s “position has always been the same” despite “various voices on China-U.S. trade talks.” Lu added, “China has always believed that the differences between any two countries should of course be resolved through friendly consultations and negotiations.”

Our take:
We made three broad observations in our China 2019 outlook:

Huawei’s current predicament is in line with all three of our observations. Below, we will examine three reasons why we believe that the U.S ban on Huawei could trigger Black Swan events in China.

Ren Zhengfei may project confidence and calmness in his various press conferences and interviews, but his alternating rhetoric reveals that Huawei is at its “wit’s end.” Put another way, Ren sending mixed signals about Huawei’s ability to cope with the U.S. ban and on Trump is a sign of desperation on his part. Ren’s alternating rhetoric is reminiscent of the CCP losing control of the trade war narrative in 2018.

Huawei’s dependency on U.S. components (the company says that it spends $1 out of every $7 of its annual $70 billion procurement budget buying from American firms) suggests that its development and global ambitions would be at best setback by several years. In the worst case scenario, Huawei faces business failure. Neither outcome is desirable for the CCP, especially at a time when the Chinese economy is steadily worsening.

2. Huawei is a microcosm of the CCP

Ren Zhengfei and Huawei have repeatedly denied being controlled by the Chinese regime. An examination of Huawei’s conduct and Chinese law, however, suggest that the company not only subjected to CCP control but is also a microcosm of the Party.

First, the Chinese regime’s national security law requires all Chinese companies to work with the authorities as required. That is why U.S. Secretary of State Mike Pompeo said in a recent interview on CNBC that Ren Zhengfei’s claim that Huawei does not work with the Chinese authorities “is a false statement.”

Second, Huawei takes massive subsidies from the Chinese authorities and is almost certainly a central pillar in the CCP’s technology “national strategy” and global expansionist plans. We have written several times about the CCP’s “survival-dominance” dynamic, and the Party’s plans for 5G rollout, semiconductors, and “Made in China 2025” are all “national strategies” aimed at preserving regime survival and advancing eventual world domination. As a central pillar propping up the Party’s “survival-dominance” dynamic, it is highly unlikely that Huawei is just simple telecommunications maker. [For our analysis of the CCP’s 5G push in Europe, see here. For the CCP’s economic expansion plans, see here. For more information on getting a copy of our China Semiconductor Industry Development Report (2017), contact us.]

Finally, Huawei has behaved in a manner that is entirely in line with the Party culture of “deceit, perniciousness, struggle” (假惡斗). While on CNBC, Mike Pompeo said that Huawei founder Ren Zhengfei “isn’t telling the American people the truth, nor the world.” On May 25, The Wall Street Journal published an in-depth article titled, “Huawei’s Yearslong Rise Is Littered With Accusations of Theft and Dubious Ethics.” Lastly, Huawei has “struggled” with telecommunications companies in China and abroad by selling its phones and equipment at price points that undercut its competitors. Huawei has also carried out unscrupulous tactics to establish monopolies in less developed countries near China (see next section).

Thus, the U.S. “attack” on Huawei (export blacklist, the arrest of Huawei CFO Meng Wanzhou, etc.) is tantamount to an “attack” on the CCP itself. Indeed, the Chinese regime has already suffered economically, politically (escalating factional struggle), and propaganda-wise (Ren Zhengfei’s alternating rhetoric) as a result of the U.S. ban on Huawei.

3. In countering the Huawei ‘cancer,’ the U.S. rallies the global anti-CCP movement

In the week of May 20, an article titled “A Zhejiang University Alumnus Talks About Huawei” was widely circulated on the Chinese internet. The author, who claims to have worked “half a lifetime in the telecommunications sector,” describes Huawei as a “cancer” which leaves places “barren” wherever the company sets up shop. In one example, the author notes that Huawei’s operations in the Middle East involve so-called “negative contracts” (not taking cash from clients and subsidizing overseas operators) to establish monopolies and make countries dependent on Huawei systems. Presuming that what the author describes is accurate, then most less established private businesses and less developed countries will find it very hard to resist Huawei’s advances or stand up to the company even if the country/business finds Huawei’s conduct objectionable.

Given that Huawei is a microcosm of the CCP, the global reaction to the U.S. ban on Huawei is highly symbolic and a huge worry for the Chinese regime. On one level, the fact that several non-U.S. companies suspended business with Huawei within days after the U.S. ban hints at the Chinese company’s unpopularity and reveals the willingness of people to follow America’s lead in confronting Huawei (and the PRC) over years of misbehavior. In extrapolating outwards, the U.S. would very likely be able to rally broad support in challenging the CCP’s many international transgressions and curbing its global ambitions should the U.S. government choose to take bold action similar to the ban on Huawei.

After a period of applying sustained pressure on Huawei, the U.S. and other countries may find that the Chinese regime and Huawei are not nearly as dominant or powerful as CCP propaganda claims.

2. The U.S. ban on Huawei could dispel the myth of superior “Chinese innovation” and impede the Chinese regime’s global 5G push. Reversals in those areas would rip holes in the CCP’s propaganda (no more “Amazing China”) and affect confidence in the regime at home and abroad.

3. The U.S. ban on Huawei is undoubtedly an “attack” on the CCP’s vital points. The Trump administration could continue to “attack” the CCP’s other vital points in other spheres such as human rights and Taiwan.

4. To hit back, the CCP could resort to nationalism and accusing America of “racism” and instigating a “clash of civilizations.” We explore the outcome of such a counterattack in an earlier article.

Get smart:
Political Black Swan events in China loom on the horizon. Businesses, investors, and governments must prepare contingency plans for a post-communist China to avoid risks and seize hidden opportunities. 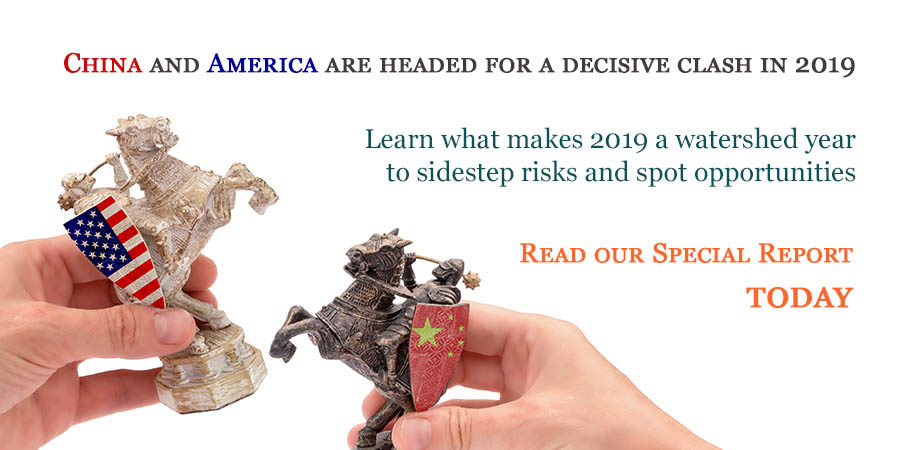