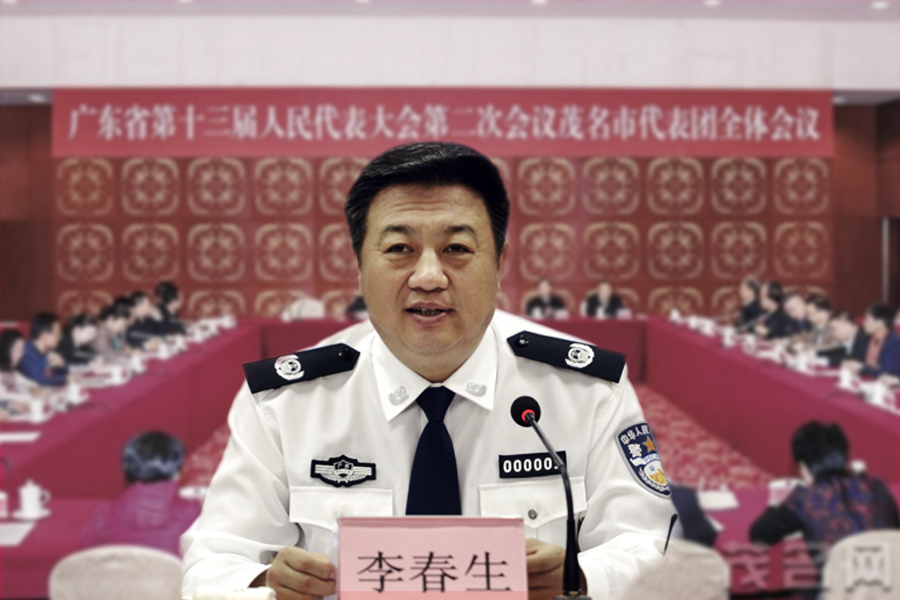 ◎ The remarks of Li Chunsheng are a further sign that the CCP is feeling the pressure from rising social tensions.

On Jan. 28, Guangdong deputy governor and public security bureau chief Li Chunsheng attended the second meeting of Guangdong’s 13th People’s Congress, according to Hong Kong newspaper Ming Pao. While participating in discussions with a group from Maoming Prefecture, Li stressed that 2019 is a “politically significant year” and said that the primary focus of the year is “being on guard against political risks.”

3. “Domestic hostile forces have already marked this important year to actualize their futile attempts to overthrow our system. They have made plans to take action at each of the anniversary dates.” (The “domestic hostile forces” whom Li is referring to are likely human rights lawyers and other Chinese dissidents.)

The backdrop:
Jan. 21 to Jan. 24: The Central Party School held a study session on “persevering with the bottom line in mind to guard against major risk” for senior provincial and ministerial-level officials. In a speech given at the opening ceremony of the study session, Xi Jinping told the officials that they must be on “high alert” for “Black Swan” and “Gray Rhino” events.

Jan. 30 to Jan. 31: Chinese vice premier Liu He will lead a delegation in trade discussions in Washington.

Our take:
1. The remarks of Guangdong public security chief Li Chunsheng are a further sign that the CCP is feeling the pressure from rising social tensions. And domestic social tensions will ratchet up if Beijing cannot defuse or stall an escalation of the Sino-U.S. trade war.

2. Li’s remarks also affirm our analysis over the past week that the CCP regime is facing an immense political crisis:

Jan. 21: In analyzing the study session for senior provincial and ministerial-level officials, we wrote that “the CCP regime is facing an immense, and likely unprecedented, political crisis. This political crisis is more severe than a scenario where the CCP only delayed the holding of a Fourth Plenum.” Also, “senior regime officials are being informed that they need to help the regime survive several existential problems.”

Jan. 25: Xi chairs a Politburo meeting and study session. We analyzed that Xi is likely finding an opportunity with the two meetings “to strengthen his authority in the regime” to cope with “crisis in the Chinese regime.”

3. We wrote in our “Track Record” page that “Chinese Communist Party elite politics is upstream of nearly all issues in China today. And at the core of elite politics are factional struggles within the Party.”

The anti-corruption campaign, personnel reshuffles in the regime over the past six years, and the remarks of China’s former top securities regulator affirm the ongoing CCP factional struggle. Li Chunsheng’s comment that “political security is the most important security of all, and the security of the socialist system and the CCP regime are the core of political security” verifies our view that politics is of paramount importance in the regime.

Surpass the competition today by subscribing to SinoInsider and reading our 2019 special report on Sino-U.S. relations.