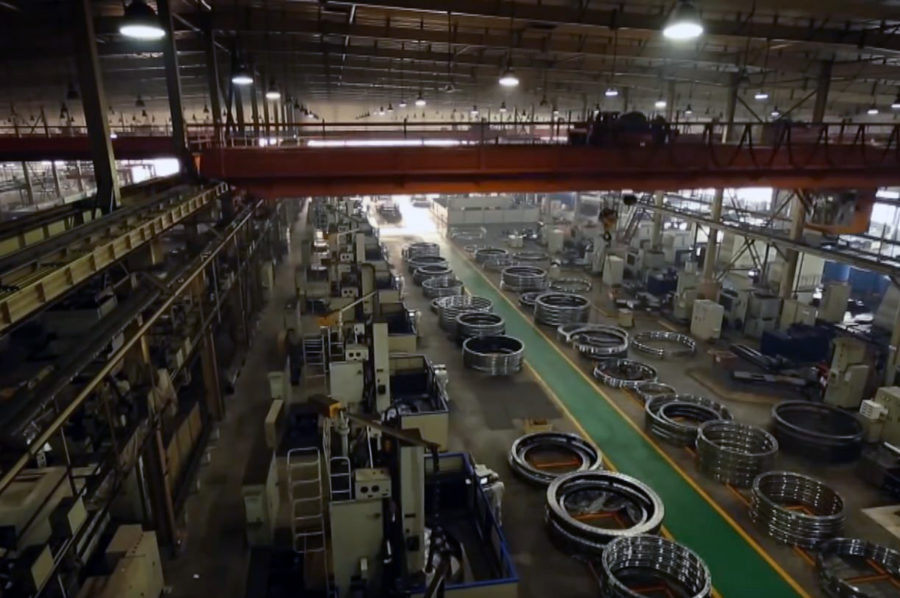 Data published by China’s National Bureau of Statistics (NBS) indicates that industrial profits in the period of January to May 2018 rose by 16.5 percent from the previous year. Western media outlets described the industrial profits as “steady” and “solid.”

We checked the NBS figures with those of the year before, and found that industrial profits had in fact fallen 6 percent year-on-year. 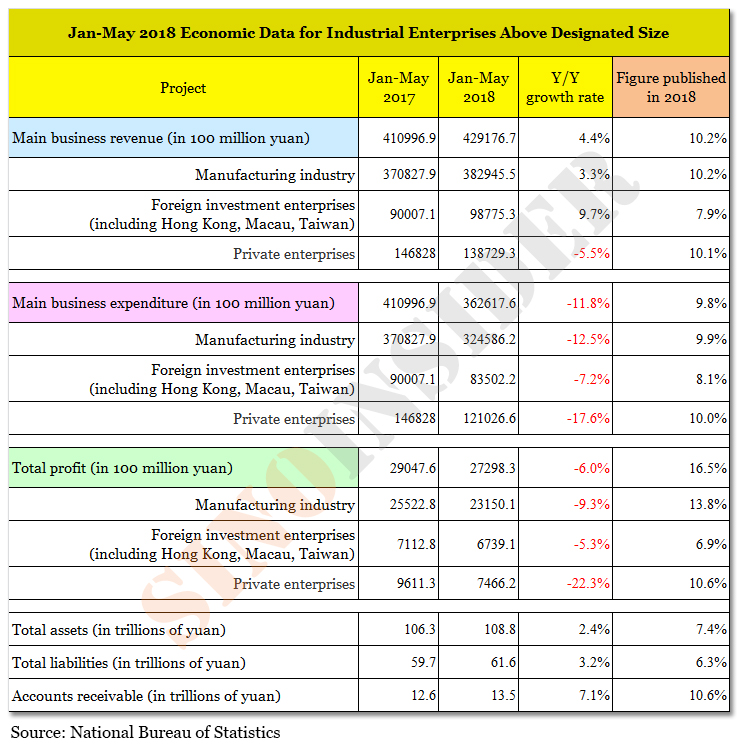 The big picture:
Official economic data for May reveals a weakening Chinese economy. Total retail sales of consumer goods grew only 3.1 percent from 2017, and cumulative growth from January to May was only 4.6 percent. In the January to May period, total investment in urban fixed assets increased 6.1 percent, down 2.5 percent from the previous year. Aggregate financing to the real economy in May fell 28.4 percent from a year earlier.

Meanwhile, the Trump administration is planning to impose up to $450 billion worth of tariffs on Chinese imports. The first wave of 25 percent tariffs on $34 billion of goods would go into effect on July 6. After the announcement of the tariffs on June 15 and June 18, the Shanghai Composite Index plummeted below the psychologically important 3,000 level. The RMB fell below the 6.6 per U.S. dollar mark on June 27.

Our take:
1. This is not the first time this year that newly released NBS data fails to tally with its data from just a year ago. And the Chinese Communist Party (CCP) has a long history of fabricating economic data; in early 2018, several provinces openly admitted that their GDP growth figures in recent years were fraudulent.

The CCP plays fast and loose with its official data because it knows that nobody fact checks them under normal circumstances. However, we sensed something amiss with the new data given China’s worsening economy and our understanding of CCP behavior and propaganda tactics. CCP propaganda is neutral or muted when the Party and country are strong and doing well, and signals “all’s well; nothing to look here” when the Party and country are doing poorly and facing a crisis. Put another way, the CCP would resort to as much fraudulent or unethical behavior as it can get away with to paper over the cracks in tough times.

With the latest industrial profits data, the CCP resorts to a looser definition of macroeconomic indicators to issue good growth figures instead of a decline. For instance, the NBS noted in this year’s statement on the data that “the scope of industrial enterprises above designated size changes every year,” resulting in “statistical differences from last year’s official figures.” To “ensure that this year’s data is comparable with the previous year’s,” however, the NBS kept the “same time frame and scope of enterprise statistics.” The definition of “industrial enterprises above designated size” has been unchanged since 2011 (enterprises with annual revenue from principal business over 20 million yuan). This is the first year that the NBS sought to “clarify” that how it defines industrial enterprises is perpetually in flux.

Here is a hypothetical and simplified example of how the NBS can abuse the new and looser definition of a key macroeconomics indicator to fudge economic data. Let’s say that only half of 10,000 companies meet the definition of “industrial enterprises above designated size” in a given year, a sign of a worsening economy. The NBS can choose to exclude the non-performing companies from its counting of “industrial enterprises above designated size” using the excuse of “ensuring that this year’s data is comparable with the previous year’s.” With the scope changed, poor economic performance would be transformed into “solid” profits.

It should be noted that if the NBS statement about it changing the scope of data collection every year is accurate, then all previous statistics it has issued is false.

2. In comparing the 2018 data with that from 2017, China is in a severe economic slump. Fiscal revenue growth has been supported by abnormal property sales. The real estate bubble looks set to peak this year, and it is unlikely that the bubble can expand indefinitely.

3. We believe that China’s property bubble is bursting, and the country is facing its “Minsky moment.” The CCP appears to have run out of options to deal with a full-blown trade war with America, and is presently “playing dumb” and relying on propaganda tactics to continue deceiving the Chinese people. As social problems mount, the CCP may not be able to keep up the charade for long.