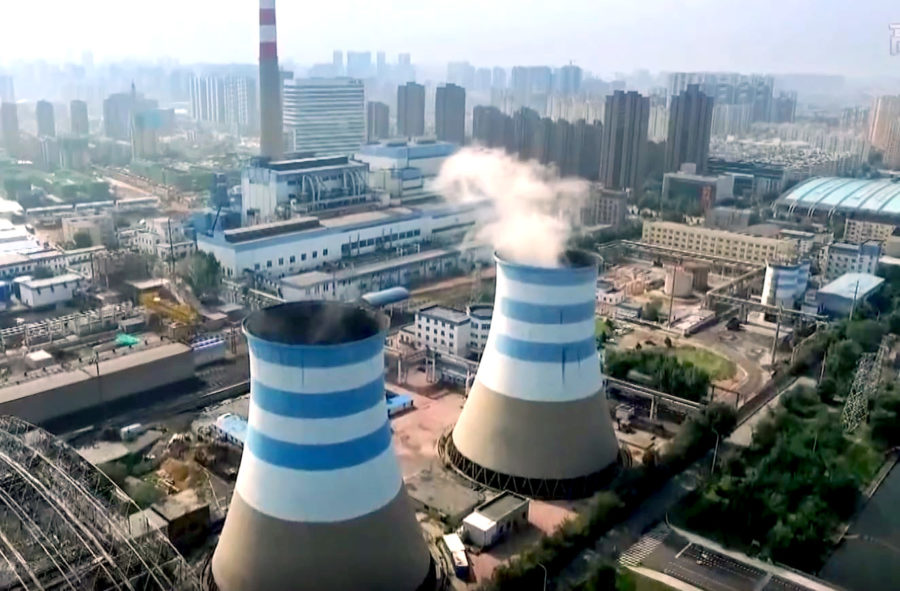 ◎ The Chinese regime has long had a problem with issuing fake statistical data.

According to data from China’s National Bureau of Statistics (NBS) released on May 27, profits from China’s industrial sector rose by 15 percent in the first four months of 2018.

A comparison of the official figures from 2017 and 2018, however, reveals a different picture. 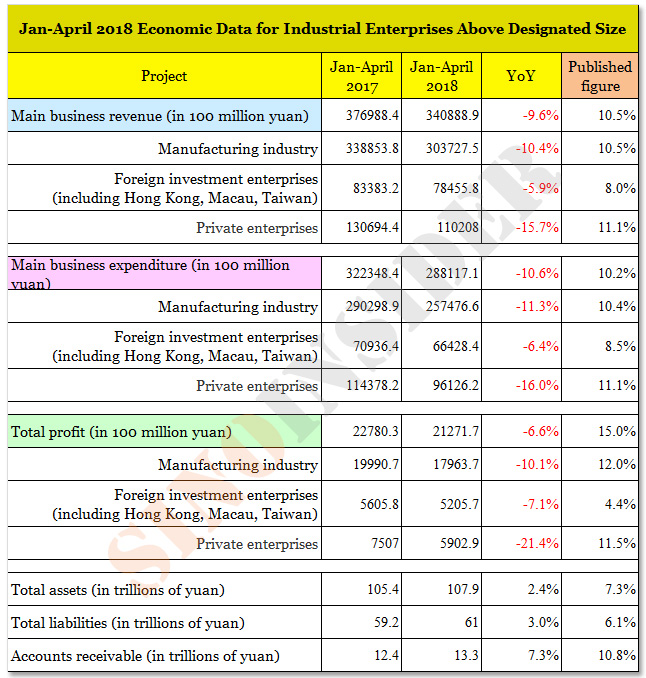 The big picture:
China has carried out several deleveraging measures since the second half of 2017. Regulators have severely supervised financial institutions, cracked down on shadow banking, blocked channels to capital access, and are checking off-balance sheet risks of banks. And there has been a wave of corporate bond defaults this year in a financial environment where liquidity has been drastically reduced; the bond default issue is expected to worsen.

Our take:
1. In comparing the recently released NBS data with that from January to April 2017, it appears that China’s profits for the four months in 2018 was not a gain of 15 percent as announced by the NBS, but a drop of 6.6 percent. The other published figures also saw a decrease year-on-year, or a smaller gain than declared.

The main business revenue of industrial enterprises above designated size in 2018 dropped 9.6 percent from the previous year. In particular, revenue from manufacturing industries fell by over 10 percent, while private enterprises (where over 80 percent of China’s workers are employed) saw revenue decline by 15 percent.

Since this March, the Chinese government has said that it wants to reduce expenses for enterprises and slash taxes over 1.1 trillion yuan. From the above data, however, the drop in main business expenditure and revenue reveals a difference of less than 1 percent. This means that the drop in expenditure has nothing to do with the tax and expenses reduction that Beijing recently proposed, but rather is the result of businesses contracting as the economy deteriorates.

Private enterprises are seeing profits decline 5.4 percent more than the reduction in expenses, which indicates that it is becoming tougher for private companies to operate in China.

2. According to the NBS statement, the increase in total assets of industrial enterprises above designated size is 1.2 percent higher than the increase in total liabilities at the end of April. However, a comparison of 2018 and 2017 NBS data shows just the opposite. Total assets increased by only 2.4 percent while total liabilities grew by 3 percent, which suggests that businesses are having it rougher this year.

The fact that accounts receivable increased 7.3 percent from the previous year indicates that enterprises are seeing arrears in payment from upstream and downstream businesses. This phenomenon is in line with the wave of corporate bond defaults this year.

4. The Chinese regime has long had a problem with issuing fake statistical data. This January, two provinces admitted that their GDP figures from previous years were inflated by as much as 40 percent. Bearing the issue of fake data in mind, the comparison of 2017 and 2018 NBS figures on industrial enterprises above designated size shows that the Chinese economy is deteriorating, and that China’s actual economic situation may be worse than what the data indicates.