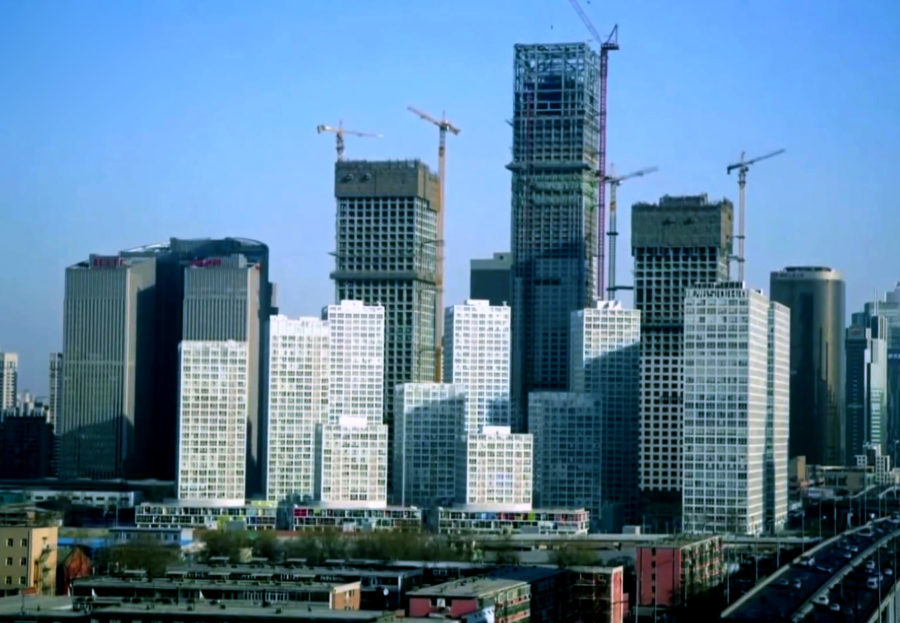 According to Chinese economic data for May provided by the National Bureau of Statistics (NBS), China’s total retail sales of consumer goods, investments in national urban fixed assets, and aggregate financing to the real economy all showed downward growth trends.

Also, the NBS data for total retail sales of consumer goods appears to be false.

The big picture:
June 18: President Donald Trump instructed the Office of the United States Trade Representative to prepare to impose 10 percent tariffs on $200 billion worth of Chinese imports in response to Chinese retaliatory tariffs worth $50 billion. Trump added that if China were to increase tariffs again, he would order an additional $200 billion of tariffs.

June 24: The People’s Bank of China announced that it would cut the reserve requirement ratios of some banks by 0.5 percent starting July 5, a day before $34 billion of U.S. tariffs go into effect. This RRR cut is expected to release 700 billion yuan ($108 billion) in liquidity.

Our take:
1. The NBS data above indicates that China’s economy is worsening all-round. Also, the property bubble on the mainland appears to be draining China’s domestic consumption capacity.

Officially, the total retail sales of consumer goods for May is down 8.5 percent from the previous month and down 9.5 percent in its year-on-year cumulative total. However, we pulled out last year’s NBS figures and found that actual monthly and cumulative growth for May was 3.1 percent and 4.6 percent respectively. In May, we also discovered that NBS data for industrial enterprises above designated size from January to April 2018 was falsified. 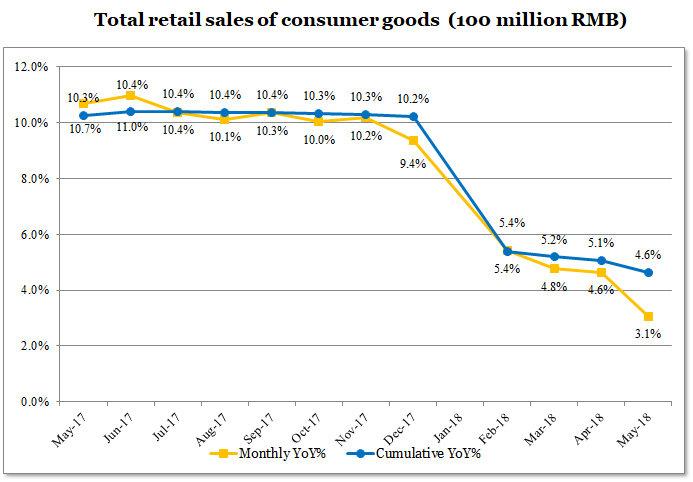 The May data for aggregate financing to the real economy reflects a sharper decline. Observers have described the 28.4 percent decrease YoY and drop of 51.2 percent from the previous month as a “precipitous fall.” China’s economy was driven by debt in the past decade, and the huge drop in aggregate financing suggests that China’s economy has lost momentum under Beijing’s deleveraging campaign.

A Chinese banking industry insider said: “The head office said that it is necessary to reduce debt, deleverage, and give clear indicators to all branches. But what are we to do? We can’t touch the SOEs and close clients, and can only go after the private businesses.” This means that the inefficient and high-liability state-owned enterprises are still being insulated from economic shocks while private enterprises would find it difficult and more costly to secure financing.

2. From the perspective of China’s stock market and foreign exchange market, news that the central bank is cutting RRR is not welcoming. Capital could continue to flow out from China. We believe that the Chinese economy would be in very bad shape in the second half of 2018. China’s foreign exchange earnings could drop substantially and the property markets would take a hit.

China cannot withstand a trade war with the U.S., and would likely seek out opportunities to negotiate while accelerating the process of economic opening up.