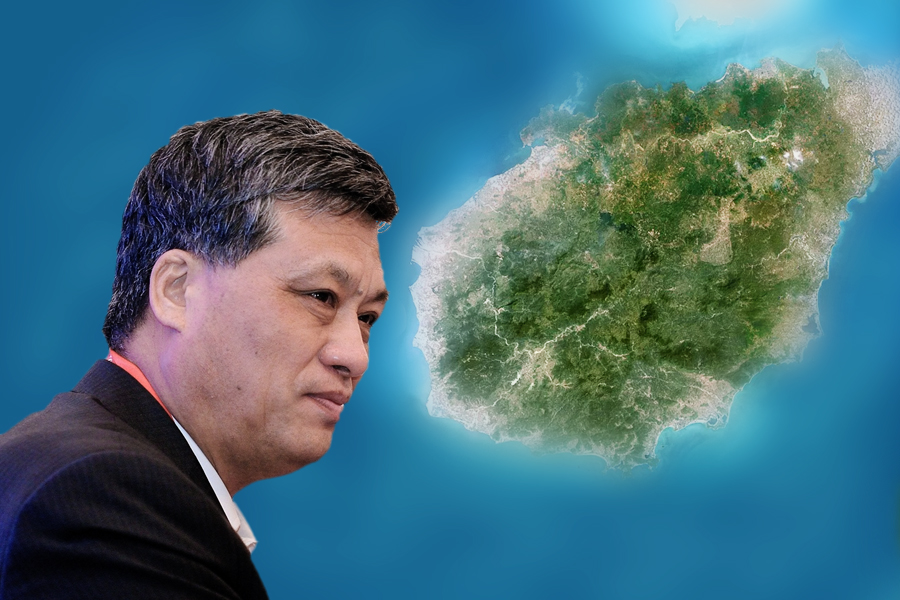 Politics Watch: Rumor of Leadership Change in Hainan Hints at Hastening of Opening Up

◎ According to reports, Guangdong mayor Ma Xingrui was recently in Hainan Province making preparations to take over the post of Party secretary.

According to a June 10 article from Duowei News, Guangdong mayor Ma Xingrui was recently in Hainan Province making preparations to take over the post of Party secretary from incumbent Liu Cigui. Liu would be transferred to the Central Policy Research Office to serve as a deputy director.

Duowei has its headquarters in Beijing, and is known to carry leaks about the goings-on in Chinese politics. Some leaks turn out later to be accurate, while others are speculation or trial balloons.

Our take:
Based on our research, we believe that Duowei’s information about Ma Xingrui’s move to Hainan could be accurate.

China needs to open up its economy to a high degree, and Beijing already has plans (see Backdrop) in place to start the process with Hainan. Ma is a technocrat with no obvious entrenched interests in Hainan (see Profiles), and appears to be well-suited to execute the plans of the Xi Jinping administration faithfully. Meanwhile, Hainan’s current Party secretary Liu Cigui is 63 and close to retirement. It would not be unusual for Liu to be transferred to a “second-line” post and away from the frontlines of reform. Thus, there is a good chance of Ma Xingrui’s promotion to Party secretary of Hainan.

Per our earlier analysis, China’s economy is worsening and it cannot withstand a trade war with the United States. To quell trade tensions and buy time to fix the economy, the Xi Jinping administration would have to make huge concessions. But Beijing would never admit to being pressured by the Trump administration as is characteristic of the Chinese communist regime. Instead, CCP propagandists would package its reform and opening up measures as self-initiated and a necessary part of its “national strategies.”

We believe that China has already agreed to make tangible concessions to the U.S., and the concessions may be greater than a reported $70 billion deal to purchase American goods. The U.S. Commerce Department putting ZTE on “probation” with a revised punishment deal suggests that the Trump administration had indeed made good progress at the Sino-U.S. trade discussions. Part of the Chinese concessions would likely involve making structural changes to its economy; Chinese and American trade negotiators both know that the trade deficit cannot be drastically reduced simply by the U.S. exporting more goods to China under its current restrictions.

If China is to liberalize its economy, accelerating the opening up of Hainan is vital. Hainan would serve as a testbed for economic reforms, and the Hainan model could eventually be replicated across the country. Appointing Guangdong mayor Ma Xingrui to oversee the implementation of economic reforms in Hainan would be a logical first step towards opening up China.

The backdrop:
April 13: Xi Jinping announces at a ceremony to mark Hainan’s 30 years as a special economic zone that the province would be transformed into a free-trade zone by 2020 and a free-trade port by 2025.

June 3: China unilaterally issues a statement following the conclusion of the third round of Sino-U.S. trade talks.

June 5: China offers to buy $70 billion worth of American goods on the condition that the Trump administration abandons its plan to impose $50 billion of tariffs on Chinese imports, according to The Wall Street Journal.

June 7: The U.S. Commerce Department reaches a deal to replace a seven-year business ban on Chinese telecommunications maker ZTE with a $1 billion dollar fine and a suspended 10-year business ban.

June 11: The White House releases a statement that ongoing discussions between the U.S. and North Korea before the Trump-Kim summit “have moved more quickly than expected.”

Brief official profiles:
1. Liu Cigui (63-years-old), Hainan Party Secretary
Liu is from the Fujian local officialdom and had the opportunity to work directly under Xi Jinping during Xi’s tenure in the southern province. From 1996 to 2002, Xi jointly served as first political commissar of Fujian’s reserve artillery division while holding other state and Party posts. Meanwhile, Liu was first political commissar and Party secretary of the reserve artillery division’s third regiment from 1997 to 1999. After Xi Jinping became Party General Secretary in 2012, Liu Cigui was posted to Hainan to serve as provincial governor and Party secretary.

2. Ma Xingrui (59-years-old), Guangdong Governor
Ma worked as a scientist and an aerospace engineer for many years before his appointment as Party secretary of the China Aerospace Science and Technology Corporation in 2007. His factional affiliations are unclear, and he appears to be a technocrat.

After Xi took office, Ma’s political career took off. In 2013, he was made vice minister of the Ministry of Industry and Information Technology, director of China Atomic Energy Authority, and director of China National Space Administration. By the end of the year, he was appointed deputy Party secretary and Political and Legal Affairs Commission secretary of Guangdong Province. In 2015, Ma was made Shenzhen Party secretary, and in 2017, governor of Guangdong.