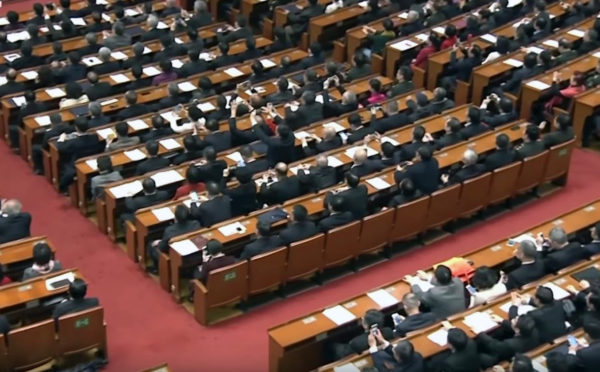 Personnel Watch: Decoding the Promotion of 102 Vice Governors in January

◎ The January reshuffle reveals Xi Jinping’s efforts to clean up the officialdom and consolidate power.

A total of 270 officials at the sub-provincial level and above in the government, provincial People’s Congress, and provincial Chinese People’s Political Consultative Conference were promoted at the provincial Two Sessions, which concluded on Jan. 31.

Of the 270 newly elevated officials, 106 were appointed governors or vice governors:

2. Twelve of the new vice governors are also concurrently the Public Security Bureau chief of their region. Two of the 12 (Inner Mongolia and Hunan) didn’t have prior experience in the domestic security and legal apparatus before Xi Jinping took office in 2012.

5. Except for Guizhou governor Chen Yiqin (1959), most of the new governors and vice governors are born in the 1960s or younger. Over a third of the 106 officials were born after 1965, and Jiangsu vice governor Fei Gaoyun was born in 1971.

6. Forty-three of the 106 officials were transferred from another region or government department. Of the 43 officials, 13 were previously with the various ministries and Party central.

Why it matters: The January reshuffle reveals Xi Jinping’s efforts to clean up the officialdom and consolidate power.

1. Many of the senior officials that had to leave their region because of their recent promotion had spent 10 to 20 years in their region. Previously, senior provincial officials were usually promoted from within the ranks of local officials.

2. The Xi administration has three reasons for departing from promotion norms.

First, the earlier system resulted in a situation where senior provincial officials were very familiar with the local officialdom, where they had spent years establishing patron-client relationships and growing extensive power networks. Transferring officials out of their region cut them off their networks and power base, meaning that ambitious individuals would be much less of a threat to Party central.

Second, many of the officials at the sub-provincial level and above rose up the ranks during the Jiang Zemin era, and have some degree of association with the Jiang faction. Shifting these officials around upsets existing Jiang networks.

Third, the mass transferring of officials is in line with Xi’s new anti-organized crime campaign, which targets local officials who collude with local mafia. Removing the officials who may be serving as “protective umbrellas” exposes the gangs and makes it easier to for arrests to be carried out.

3. This round of personnel movement places younger and more academically qualified officials in senior provincial positions. The appointment of personnel with financial background in key positions in local government also adheres to the Xi administration’s drive to mitigate financial risks.