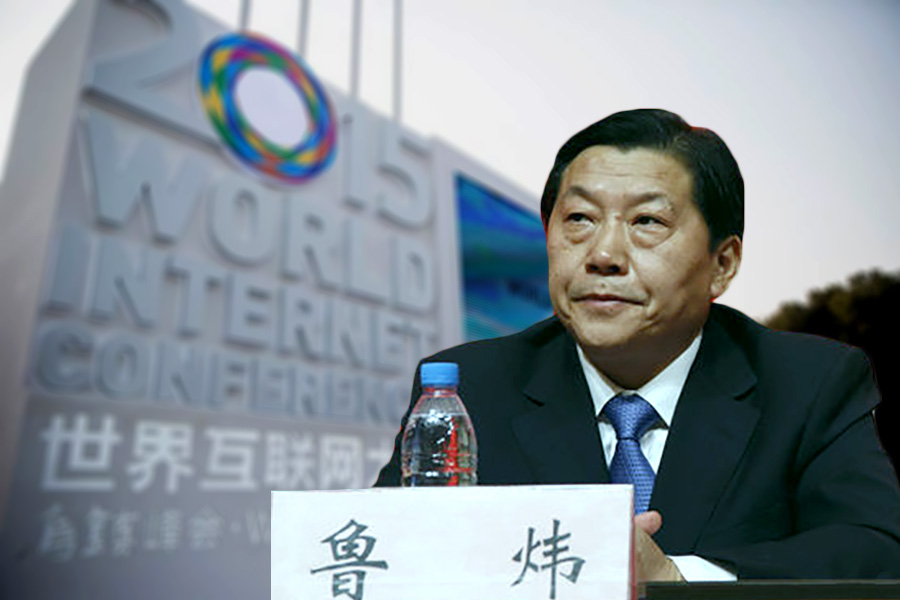 On Feb. 13, the Central Commission for Discipline Inspection (CCDI) announced the expulsion of Lu Wei, China’s former “internet czar.” Lu, the former Propaganda Department deputy chief and head of the Central Leading Group for Cyberspace Affairs, was expelled from the Communist Party (CCP) and handed over to prosecutors.

The official notice of Lu’s purge was particularly critical of him. Among Lu’s misdeeds includes:

Why it matters:
Xi Jinping is essentially rejecting the cyberspace policies overseen by Lu Wei, as well as disavowing the work of the Jiang faction-controlled propaganda apparatus.

Lu’s meteoric rise up the propaganda system ranks coincides with Jiang Zemin’s persecution campaign against the Falun Gong spiritual community. Given that propaganda played a huge role in Jiang’s campaign, Lu was very likely rapidly promoted because he was in lockstep with anti-Falun Gong propaganda efforts.

2. Lu continued to rise up the Jiang faction-controlled propaganda apparatus after leaving Xinhua.

Between March 2011 to April 2013, Lu became a Party committee member of the Beijing municipal government, and also served as the municipality’s propaganda chief and deputy mayor. From April 2013 to May 2014, Lu was promoted to head of the Cyberspace Administration of China and deputy director of the State Council Information Office. Barely a year later, he was again promoted to Propaganda Department deputy head while jointly serving as Central Leading Group for Cyberspace Affairs and Cyberspace Administration of China chief.

3. In August 2013, Lu Wei hosted a forum on “responsible” social media usage under the banner of implementing Xi Jinping’s “China Dream.” Lu invited eight prominent netizen celebrities to join him on stage, and he later issued “seven baselines” for using social media. Many inside and outside China felt that Lu’s requirements were draconian, and read it as the Xi administration stifling free expression.

4. In 2014, Lu Wei launched the annual World Internet Conference, a summit that has since been mocked because the Chinese internet is the world’s most heavily censored network. Speaking to reporters on Oct. 30 before the inaugural conference, Lu made several controversial statements:

Lu’s remarks caused an uproar, and he earned the moniker “China’s internet czar.”

On Dec. 8, 2014, Chinese state media ran a story with photos about Lu Wei visiting the campuses of Facebook, Amazon, and Apple.

At the 2017 World Internet Conference, Apple CEO Tim Cook noted that “every country in the world decides their laws and regulations,” a statement that echoes Lu’s frequent insistence that foreign companies have to comply with China’s laws and regulations to do business in the country.

5. In December 2015, Xi Jinping personally attended the World Internet Conference. According to rumors at the time, Lu Wei hired foreign students and other foreigners in China as “professionals from around the world” to create the impression that many countries were interested in the conference, a move that greatly angered Xi.

6. In June 2016, Xu Lin, an official Xi trusts, took over from Lu Wei as director of the Cyberspace Administration of China. Lu kept his post as Propaganda Department deputy chief.

Our take:
1. The most noteworthy criticisms against Lu Wei in the CCDI’s statement on his expulsion are Lu being “extremely disloyal to the central leadership” and “severely violating Party discipline and political rules.” The criticism indicates that Xi Jinping disapproves of the propaganda apparatus’s work during his first term in office.

The harsh criticism of Lu Wei further affirms our reading of China’s political situation and analysis of factional fighting (neidou) in the CCP.

2. Jiang Zemin prized the propaganda apparatus and the domestic security and legal apparatus after he ordered the Falun Gong persecution campaign in 1999. In 2002, Jiang saw that the heads of the Central Guidance Commission on Building Spiritual Civilization and the Political and Legal Affairs Commission gained seats on an expanded Politburo Standing Committee, and both apparatuses have long remained under the Jiang faction’s sway.

The propaganda apparatus under Jiang faction member Liu Yunshan had resorted to “gaojihei” smear tactics against Xi Jinping on numerous occasions in the first five years of Xi’s reign.

3. While Xi managed to elevate officials he trusts to the top propaganda (Wang Huning, Huang Kunming) and domestic security (Zhao Kezhi) positions, he still has some ways to go in cleansing both apparatus of the Jiang faction’s influence.

The recently launched anti-organized crime campaign is aimed at purging Jiang faction elements in the domestic security and legal apparatus. Expect Xi also to target the propaganda apparatus for internal rectification in 2018.

Going by Xi Jinping’s anti-corruption methods, the arrest of Lu Wei puts Liu Yunshan and Liu Qibao at risk of being purged.

Get smart:
Understanding political developments in China is essential to discerning China’s future directions. We forecasted the 19th Party Congress reshuffle results with a high degree of accuracy because we understand the dynamics of CCP factional fighting (neidou) and grasp the core issue in China today.