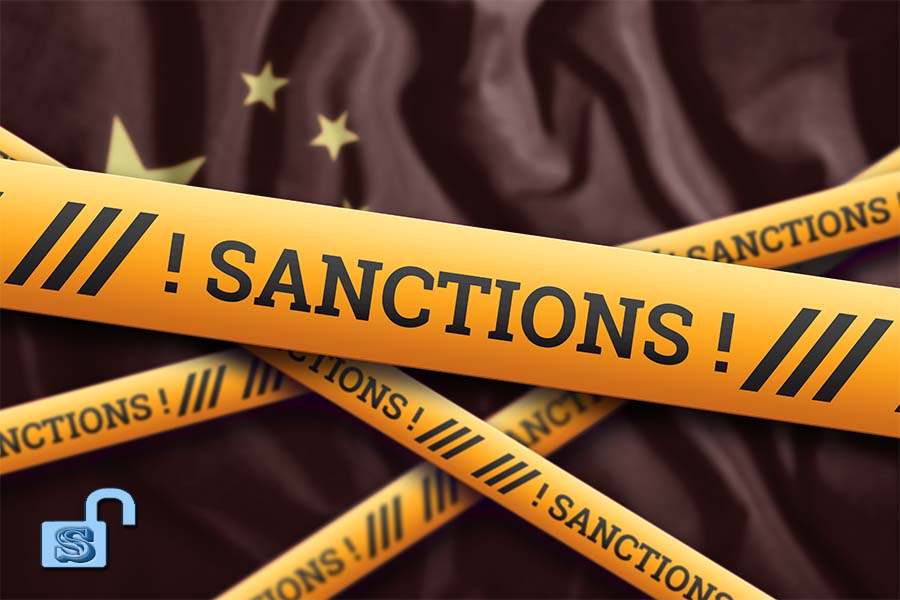 ◎ Sanctioning high-level PRC officials is a part of what appears to be a U.S. strategy to either contain or even “roll back” the Communist Party’s global influence.

In some of the Trump administration’s hardest-hitting measures yet levied against Beijing, the U.S. Department of State and the Treasury imposed visa and financial sanctions on several active and retired Chinese Communist Party officials. Among those sanctioned is Chen Quanguo, the Politburo member infamous for his concurrent role as Party chief in Xinjiang, the region where more than 1 million ethnic and religious minorities have been held and subjected to horrific abuse in mass internment camps.

The July 9 sanctions came shortly after U.S. authorities announced visa restrictions on current and former People’s Republic of China officials involved with the CCP’s policies to undermine freedom in Hong Kong, as well as those responsible for restricting travel by U.S. citizens to Tibet.

On July 14, assistant secretary of state for East Asia David Stilwell indicated that the United States could introduce further sanctions in response to PRC aggression in the South China Sea. The next day, the State Department announced sanctions on “certain individuals” employed with Chinese companies linked to the CCP’s human rights abuses, including electronics giant Huawei.

The impact of Washington’s sanctions on high-ranking CCP officials will be felt throughout the regime, heaping pressure on Chinese leader Xi Jinping. The sanctions’ multiple effects will complicate domestic politics in the PRC, raising risks for Party officials, the Chinese business and financial sector (particularly in Hong Kong), and their international partners.

Xi ‘Core’ Vs. Party Elites
Having long assumed the position of a “strongman” leader guided by strict CCP orthodoxy, Xi today finds himself near “ground zero” in an onslaught of worsening Sino-U.S. relations and the Trump administration’s toughening stance on the PRC. In addition, looming social and economic crises have added to the Party’s external woes, creating a “perfect storm” that fuels elite dissent towards the central leadership.

Despite formally amassing power to a high degree, including naming himself “core” leader of the Party, Xi has no shortage of enemies owing to his sweeping anti-corruption campaign and other initiatives targeting the regime’s deep-seated factional networks since he came to power in 2012. For example, Xi’s 2018 scrapping of presidential term limits boosted his nominal authority over the Party, but led to widespread criticism.

Between February and April of this year, several open letters purportedly penned by influential figures in mainland Chinese society circulated online—an indication of the elites’ dissatisfaction with Xi’s domestic and foreign policy failures. A common thread in complaints about the Xi leadership are exhortations for him to undertake reforms that involve loosening his grip on power, such as by returning to the “collective leadership” of the Hu Jintao era (when the Jiang Zemin faction was dominant), or designating a successor.

Along with the Trump administration’s moves to curb PRC global influence and divest Hong Kong of its privileged economic status, U.S. sanctioning of senior Party officials comes as a high-profile blow to the CCP’s aggressive “wolf warrior” diplomacy that has come to be associated with the Xi era.

Put On Notice
Sanctions against PRC officials are particularly hard-hitting because of the tendency among mainland Chinese elites to send their relatives and assets to Western countries. Being denied access to overseas financial services is especially painful.

As the Sino-U.S. “new cold war” escalates, the State Department and other U.S. government agencies are likely to sanction an increasing number of CCP officials. According to reports from July 15 and July 16 by the New York Times and Wall Street Journal, officials in the Trump administration are even considering a blanket travel ban that would deny all 90 million CCP members entry to the United States.

The more officials are sanctioned, the more Xi will find himself under pressure from factional rivals in the regime elite, many of whom already hold him responsible for the CCP’s foreign policy fiascos. Infighting in Zhongnanhai will further destabilize the business environment in mainland China, meaning greater risks for foreign firms, investors, and trading partners.

Sanctions by the Trump administration targeting CCP officials and the PRC’s “whole-of-society” international domination strategy will impact U.S. and other foreign companies. The State Department’s notice suggests that firms with operations that make them complicit in the persecution of Uyghurs and other minorities in Xinjiang will have to disengage or face U.S. action.

With the passage of the Hong Kong Autonomy Act, Chinese financial institutions, in particular banks in Hong Kong, are at risk of being hit with U.S. sanctions. As the Hong Kong security law recently implemented by PRC authorities prohibits companies from complying with American sanctions, the resulting Catch-22 “could force financial institutions to choose between doing business with the U.S. or China,” as lawyers cited by the Financial Times put it.

‘Cold War’ Business
Though Hong Kong’s salient role in international trade means that both Washington and Beijing must tread carefully in policy concerning the former British colony, neither the Trump administration nor the CCP will back off when core geopolitical and ideological interests collide.

As we observed in July 2018, the Trump administration is attempting to reshape the CCP-hijacked world order. Sanctioning high-level PRC officials is a part of what appears to be a U.S. strategy to either contain or even “roll back” the Communist Party’s global influence.

Since last month, the UK has announced that it is phasing out Huawei’s 5G networks, citing the U.S. ban as a decisive factor in its decision. Major telecoms in Southeast Asia have also opted for Nokia and Ericsson over Huawei to build local 5G infrastructure.

The more sanctions the United States levies on the CCP, the greater the political consequences as the Xi camp encounters attacks by its factional rivals. Those who align themselves with the PRC stand to incur potentially even greater losses going forward.

More critically, the CCP’s core characteristics are that of a Marxist-Leninist organization bent on survival and domination in a struggle for global hegemony. The Party’s pernicious behavior—from its decadeslong crimes against humanity to its aggression in the South China Sea, cyber theft, and “unrestricted warfare” operations—make it abundantly clear that Beijing will not ultimately respect the national interests of countries willing to serve as its junior partners.

In our article last month, we noted that “great power competition is unsentimental.” Smaller countries will inevitably find themselves caught in the crossfire as the “new cold war” between the PRC and the United States ramps up, forcing governments and firms to choose a side as a second “Iron Curtain” descends across the world.