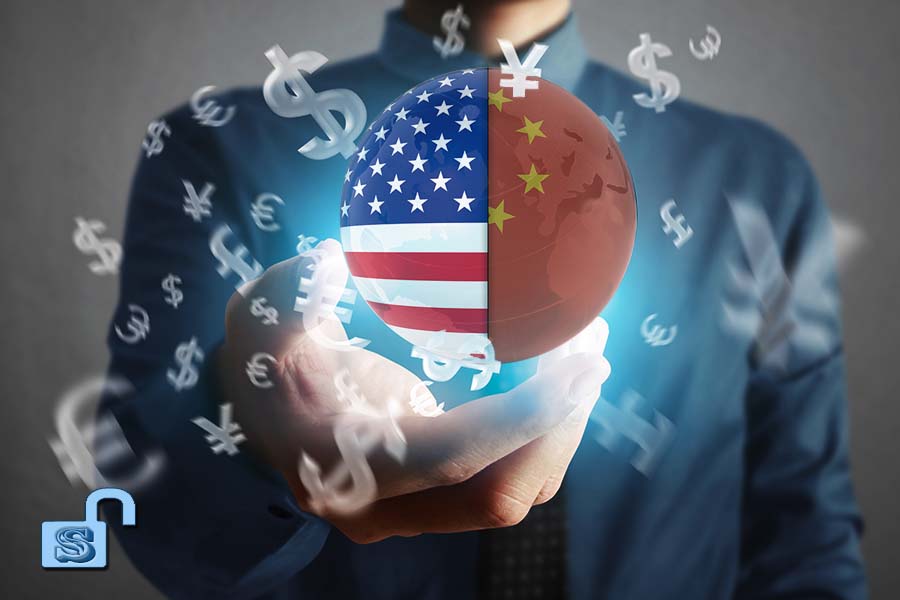 Where Countries Should Stand in the Sino-US ‘New Cold War’

◎ Countries must bear in mind that the Communist Party does not equate to the Chinese nation.

With recent developments bringing the strained relationship between Washington and Beijing to new lows, it has become increasingly apparent that the two countries are engaged in a confrontation that goes beyond the realm of trade or intellectual property disputes.

At a May 29 press conference, in reaction to the previous day’s legislative move by the People’s Republic of China (PRC) to further absorb semi-autonomous Hong Kong into the authoritarian mainland system, U.S. President Donald Trump condemned the decision, and announced that the United States would scrap the former British colony’s privileged diplomatic and economic status.

This was followed up with additional moves by the White House to censure the communist regime’s humanitarian abuses, including Trump’s June 2 executive order to advance international religious freedom, as well as the June 10 publication of the U.S. State Department’s “2019 International Religious Freedom Report.”

‘Still in the foothills’?
Particularly since 2019—which saw Beijing walk away from a landmark trade deal with the Trump administration, as well as the rapid growth of Hong Kong’s pro-democracy movement—and the COVID-19 pandemic that spread worldwide this year, a growing number of observers have begun to describe the Sino-U.S. friction as a “new cold war,” akin to the decadeslong ideological rivalry between the United States and the Soviet bloc.

But while the West identified the Soviet Union as a strategic and ideological rival for most of its existence, discourse on the PRC has been and remains far more ambiguous.
Many scholars, officials, and business figures continue to see China in the lens of “engagement” theory, which advocates influencing illiberal regimes through economic and cultural incentive, rather than political pressure. Some, while noting that a “new cold war” may be close, are wary of comparisons with the twentieth century iteration. “We are still in the foothills of a cold war,” said former U.S. Secretary of State Henry Kissinger at Bloomberg’s New Economy Forum in Beijing in November 2019.

In a June 7 piece that looked back glowingly at the U.S. policy of engagement with Beijing, prominent China watcher Orville Schell expressed hope that the two countries could “find enough common ground to keep tension in ‘the foothills’ rather than allowing them to escalate and ascend into the alpine peaks of a new cold war.”

In view of both recent developments in the Sino-U.S. dynamic, as well as sea changes in Washington’s stance on the PRC starting with the publication of its 2017 National Security Strategy (NSS), we believe that a “new cold war” is not only emerging, but bound to involve a critical battle of ideology, value systems, and morality.

A critical battle
Preceding the United States’ response to Beijing’s approval of the draconian “national security” law on Hong Kong, the White House on May 20 published its “United States Strategic Approach to The People’s Republic of China,” a 16-page document describing the “long-term strategic competition between our two systems.”

The report reiterates the Trump administration’s “fundamental reevaluation” of the engagement paradigm, noting that the CCP takes a “whole-of-society” strategy in its goal to surpass and replace Washington as the world’s leading power.

To counter the Communist Party’s efforts, the report stressed the need for comprehensive steps to “protect American interests and advance American influence,” as “guided by a return to principled realism, as articulated by the NSS.”

Released in late 2017, the NSS identified the PRC as the main “rival power” facing the United States, and stressed that the CCP’s efforts at “military modernization and economic expansion” had been aided by its access to American capital and know-how. The NSS was followed by the Sino-U.S. trade war in mid-2018.

In our assessment of the NSS and following analysis of the Trump administration’s China policy, we observed that the United States could be compelled to engage the CCP not just in terms of trade, but also hold it responsible for overseas subversion, propaganda, exporting corruption, and aggressive expansionism. Further, the Trump administration could devise means to “send a clear message that America is against a repressive, authoritarian regime with a known history of acting without scruples on both the domestic and international fronts, but is not against the Chinese people.”

Washington’s moves to advance religious freedom and human rights, its angry response to Beijing’s attempts to manipulate narratives on the coronavirus pandemic, and the content of the White House’s May 20 Strategic Report coincide with our analysis.

Meanwhile, statements by Trump administration officials over the last year have focused criticism on the PRC’s Marxist-Leninist system, such as Secretary of State Mike Pompeo’s Oct. 30, 2019 speech drawing a distinction between the Chinese people and the CCP. Unlike previous years’ reports, the State Department’s 2019 religious freedom report emphasized the CCP’s atheist ideological doctrine. The same day, Pompeo tweeted that the Trump administration had made religious freedom “its top priority.”

Picking sides in the Sino-US rift
As the ideological confrontation between the United States and the PRC heats up, many governments, particularly China’s nearby trading partners in Asia, may perceive enormous and unwanted pressure to pick a side in the “new cold war.”

Great power competition, however, is unsentimental. Both the United States and the PRC will collect allies and partners to gain an advantage over the other, which will compel countries, and particularly the smaller ones, to throw in their lot with one of the opposing camps.

Aside from traditional diplomacy and working with allies, the Trump administration’s approach has been to reset the global order, incentivizing other countries to act in a way that blunts the CCP’s attempts at international expansion.

For instance, the recent move to ban Chinese telecommunications giant Huawei from importing U.S. high tech goods and software cuts into Huawei’s position as the leader in 5G technology, given the PRC’s inadequacies in high-end chipmaking. Following the U.S. ban, the UK reversed its friendly stance on Huawei equipment, a move that will likely be emulated by other European countries, such as Germany.

To stymie the United States’ attempts to collect allies, the PRC can be expected to continue and intensify its “carrot and stick” intimidation tactics. For example, reacting to the UK’s decision to drop Huawei, PRC ambassador Liu Xiaoming warned business leaders that abandoning Huawei could undermine plans for Chinese companies to build Britain’s nuclear power plants and the HS2 high-speed rail network.

The CCP is not China
Countries do not necessarily have to pick a side until they are forced to. The “new cold war,” however, will make the CCP more desperate to “win over” more countries to its side, and could see the CCP step up its influence operations abroad. This would especially be the case should the United States successfully regiment its traditional NATO allies and other major partners against Beijing.

In such a scenario, countries must bear in mind that the Communist Party does not equate to the Chinese nation, and follow the cue of the United States in recognizing the malign characteristics of the CCP rule. Contrary to the narratives promoted by PRC propaganda, taking a strong moral stand against the CCP is not being “anti-China,” nor does it necessarily harm the long-term interests of countries looking to maintain good relations with the Chinese people.

The CCP regime cannot afford a full-on cold war with the United States, as China faces a “perfect storm” of social and economic problems that will only worsen as the Sino-US rivalry undercuts the global system of trade and finance that supports the PRC’s prosperity and political legitimacy. With the U.S. government pressuring the CCP on its most sensitive points—including its unconscionable human rights record—we believe Black Swans could emerge in China in the second half of 2020. A “Berlin Wall” moment awaits the communist regime.