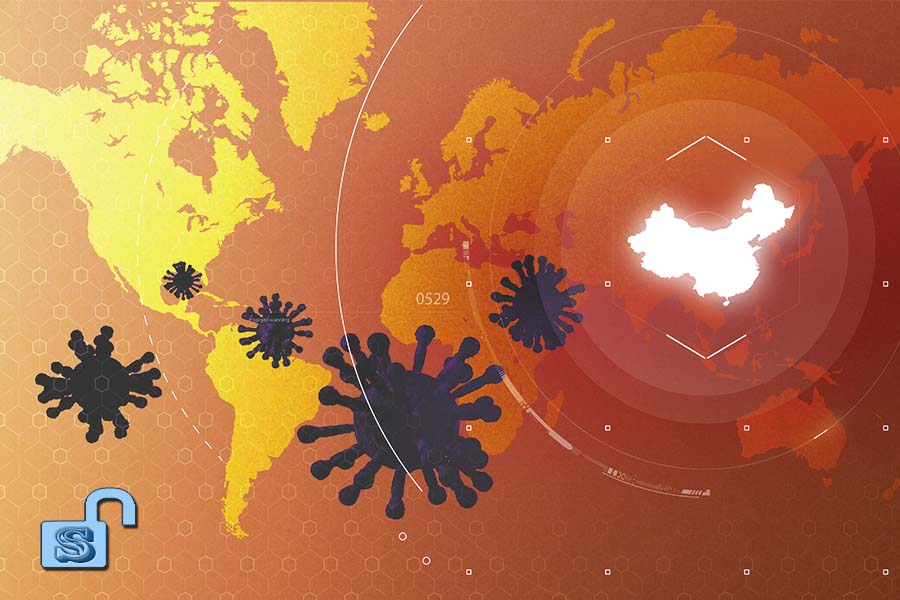 ◎ A wave of economic shocks is coming to countries with significant China trade as the novel coronavirus epidemic halts production, travel, and supply chains.

A wave of economic shocks is coming to countries with significant China trade as the novel coronavirus epidemic halts production, travel, and supply chains.

On Jan. 20, the People’s Republic of China (PRC) admitted that the coronavirus (COVID-19) is contagious among humans. Three days later, the authorities implemented a lockdown of Wuhan City, where the epidemic began last December. Similar emergency measures have been introduced in the rest of Hubei Province, where Wuhan is the capital, and across scores of cities throughout China.

On Feb. 6, a member of the Chinese Communist Party’s (CCP) Politburo tasked with overseeing epidemic prevention and control work noted that the country faces “wartime conditions.” On Feb. 12, the CCP leadership declared a “people’s war” to combat the epidemic.

With the Chinese economy already in a state of severe turmoil, Beijing’s willingness to sacrifice billions in economic activity bespeaks the seriousness of the crisis.

The Lunar New Year holiday period was extended to Feb. 10, but many government restrictions remain in place and most companies have yet to regain their footing. Reuters reported Feb. 11 that Apple supplier Foxconn hoped to reach half of its normal Chinese production by the end of the month, and restore 80 percent of operational capacity in March.

The CCP’s “wartime conditions” do not bode well for either the PRC’s domestic economic and financial prospects, or for its foreign partners. In addition to slowed or frozen industrial logistics, the travel bans enacted by many countries is depressing lucrative tourist activity in Asia and beyond.

‘Wartime’ strains
The CCP’s descriptions of “wartime conditions” and a “people’s war” should not be taken as mere rhetoric given the desperate measures the PRC authorities are using to combat the virus. Many Chinese cities have been placed under extensive lockdowns, including district-wide quarantines of individual apartments. The local government of the wealthy southern Chinese city of Guangzhou has even passed legislation allowing the requisitioning of private property for the “needs of epidemic control.” The CCP’s desperate measures and unfiltered information being leaked from mainland China suggest that the true scale of the Wuhan coronavirus epidemic is likely far worse than the PRC’s official count of deaths and confirmed cases lets on.

The severity of the crisis only adds to the financial strains bedeviling the CCP regime amid an economic slowdown and the Sino-U.S. trade war. Statistics released by the PRC finance ministry on Feb. 10 showed that total budgetary deficit in 2019 increased to 4.85 trillion yuan ($694 billion), or 28.3 percent higher than the total budgetary deficit in 2018 (3.78 trillion yuan).

Small businesses and the service sector in China are particularly sensitive to the sudden drop in economic activity, especially during what is normally the Chinese New Year spending period. According to an estimate by the Tsinghua-Hengda Research Institute, in the seven-day New Year holiday, China’s cinema box offices, restaurants and grocery stores, and the tourism industry suffered direct losses of 1 trillion yuan due to the epidemic during the normal seven-day New Year holiday. Haidilao, a major hot pot chain, reported daily losses of 80 billion yuan.

Small-and-medium-sized enterprises (SMEs) represent a cornerstone of the Chinese economy: as of the end of 2018, there were more than 30 million SMEs in China, and 70 million individual businesses, according to PRC Ministry of Industry and Information Technology chief Miao Wei. These entities provided 80 percent of employment, made up 60 percent of GDP, and contributed half of PRC tax revenue.

On Feb. 5, Zhu Wuxiang, professor of business management and finance at Tsinghua University, published a survey of Chinese small-and-medium-sized corporations in “CEIBS Business Review.” Zhu’s study looked at the financial situation of 995 SMEs. The survey found that 34 percent of the respondents only had enough money to stay in business for one month, 33.1 percent of the companies said they could continue two months, and 17.9 percent could stay operational for three months. Only 9.7 percent of SMEs surveyed had financial assets sufficient to keep running for six months or more.

At the end of 2019, a total of 775 million Chinese were employed, including 620 million in SMEs. If epidemic conditions persist until the end of March, two-thirds of China’s SMEs risk bankruptcy, affecting hundreds of millions of workers.

According to Swiss investment bank UBS Group AG, even if the Wuhan epidemic can be brought under control in Q1 2020, China’s first-quarter GDP growth would only be 3.8 percent. Evercore ISI Chairman Ed Hyman was even less optimistic, predicting that their team has Chinese “GDP growth at zero for the first quarter.”

“It’s not the virus, it’s the trade that matters. People are not going out. They are not shopping, and that’s what’s hurting particularly China,”  Hyman said on CNBC’s “Squawk on the Street” program.

Global shocks
China has long served as the world’s factory in the globalized modern economy. The coronavirus epidemic has paralyzed Chinese industry and services, exerting huge pressures on global supply chains, including shipping and energy.

Auto manufacturers typify the dilemma that multinational corporations with substantial China investments face. In the last few decades, American, European, and Japanese auto companies have poured fortunes into setting up factories in China, and the PRC has become the world’s biggest auto consumer.

Nikkei Asia Weekly reported that Nissan halted production at a plant in Kyushu for want of parts from China, becoming the first foreign auto company to be caught by the sputtering supply chain.

The Wuhan coronavirus outbreak has caused both car production and sales to drop drastically, as Wuhan and the rest of Hubei Province make up 9 percent of China’s auto manufacturing.

Due to the lockdown and extended holidays, Apple partner Foxconn had not, as of mid-February, resumed production at key Chinese plants such as its Zhengzhou industrial park.

Foxconn had originally aimed to have its workers back on the lines by Feb. 10, only to delay that target again by at least another week. Even after work restarts, the company expects only 40 to 60 percent of employees to return to work immediately.

Apple suppliers Sunny Optical and Luxshare Precision, which produce iPhone cameras and AirPods, reported that only 30 to 40 percent of their staff had returned to work, according to Guo’s report.

A general shortage of sanitary masks has also reduced face-to-face communication between suppliers and customers, further impacting production. The situation is expected to stabilize by late March, Guo said, and consumer confidence has suffered as well. Compared with 2019, this year’s Chinese New Year spending had fallen 60 to 70 percent.

A Feb. 14 Bloomberg News report said that “February 2020 will come to be remembered as a period of historic disruption to physical supply chains the world over, as the coronavirus wrecks trade.” Caroline Bain, chief commodities economist at Capital Economics, told Bloomberg News that “all the signs are that there has been a major dislocation in global supply chains and commodity trade as well.”

SinoInsider had warned on Jan. 24 that the Wuhan epidemic would lead to the disruption of supply chains in China.

In a video interview on Feb. 14, Prime Minister Lee Hisen Loong said of the “very intense outbreak” that “the impact will be significant at least in the next couple of quarters.” Later, speaking to the media at Changi airport, Lee said that a recession was possible.

Singapore barred entry to people who had recently been in the PRC, starting Feb. 1.

One-fifth of foreign tourists in Singapore are from China, making them the third-largest group of visitors to Singapore by country, after Indonesia and India. According to 2018 statistics released by the Singapore Tourism Board, income from tourism was 26.9 billion Singapore dollars ($19.32 billion). Chinese made up S$3.91 billion or 14.6 percent of the total.

The Board reported that due to the epidemic, tourism to Singapore could fall by 25 to 30 percent, causing an economic impact worse than that seen during the 2003 SARS epidemic. First-quarter statistics for 2019 showed that Singapore tourism generated $5.07 billion, making up 5.56 percent of the country’s total 2019 Q1 GDP.

Based on our estimation, even in the event that the PRC is able to prevent further spread of the epidemic, the earliest that Singapore will likely lift the ban on entry from China is April.

The relatively small size of the Singaporean economy makes it particularly susceptible to turbulence in global trade caused by the Wuhan coronavirus. In Q1 2019, total trade volume between China and Singapore was $20.62 billion, making up 22.9 percent of that year’s imports and exports between the two countries. This figure was 6.2 percent of its 2019 GDP ($328.42 billion), according to Chinese sources.

What’s next
For the PRC, the steep difficulty and costs of controlling the epidemic guarantee that business will suffer for months to come. While the Communist Party is certain to play up its “victories” in the anti-epidemic effort amid other attempts to assuage business anxieties, the coronavirus will only place more pressure on governments and companies to lessen their reliance on China.