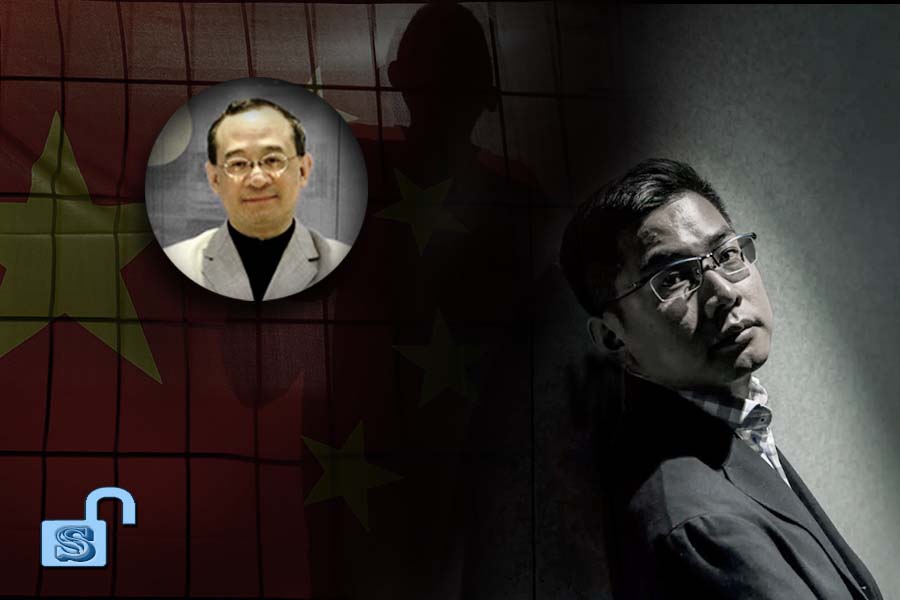 ◎ If Xiang Xin is indeed a PRC military intelligence officer, then the implications of his being held in custody in Taiwan are potentially far-reaching and disastrous for the CCP regime.

On Nov. 25, the Taiwanese government announced the detention and investigation of two senior Chinese executives of a Hong Kong-listed company with ties to the Chinese military on suspicion of violating Taiwan’s National Security Act.

Xiang Xin, executive director of China Innovation Investment Limited, and his wife and alternate director Kung Ching, were held at Taiwan’s Taoyuan International Airport on Nov. 24 when trying to leave the country, according to the Ministry of Justice Investigation Bureau, a Taiwan security agency tasked with investigating infiltration from the People’s Republic of China. Taipei District Prosecutors Office spokesperson Chen Yu-ping told news media that Xiang and Kung were being probed on suspicion of “developing an organization” for foreign forces, and had been “very cooperative.”

On Nov. 23, defecting Chinese spy Wang Liqiang told Australian media that Xiang Xin is a PRC military intelligence officer and that he had worked under him for five years to carry out political interference operations in Hong Kong and Taiwan. Wang said that Xiang ran a spy network from Hong Kong using China Innovation Investment Limited and another Hong Kong-listed company, China Trends Holdings Ltd.

Our take:
1. In analyzing the defection of Wang Liqiang, we noted that initial media publicity (Nov. 23) with regard to his case is likely connected to an attempt by the Five Eyes countries (Australia, Canada, New Zealand, the United Kingdom, and the United States) to “stop the CCP from interfering in the Taiwanese presidential election scheduled for Jan. 11, 2020.”

Based on our assessment of responses to the Wang Liqiang case by the governments of Australian and Taiwanese, as well as news reports, social media, and other open source information, we believe that the Five Eyes countries are likely using the Wang case to not just stop the CCP from interfering in the upcoming Taiwan election, but also to disrupt and even roll back the CCP’s political interference plans for Taiwan, Australia, America, and possibly other countries. For starters, Wang’s media publicity is already disrupting the CCP’s plan to decisively shape the 2020 Taiwan presidential election in its favor by calling greater attention to CCP political interference in Taiwan, and in the process, making CCP political interference a key election topic and criteria for Taiwanese presidential candidates. Also, Wang’s media publicity would have given the Five Eyes countries a rare strategic opportunity to better map the CCP’s global political interference, propaganda, and disinformation operations through observing and tracking the various reactions to the “defecting Chinese spy” story; because the CCP would immediately mobilize its external propaganda, disinformation, and influence resources to discredit Wang Liqiang, his going public inadvertently serves the purpose of “drawing snakes out of their holes” (引蛇出洞), making it easier for the Five Eyes countries to identify and keep tabs on potential CCP assets.

2. If Xiang Xin is really who Wang Liqiang claims he is—a bona fide PRC military intelligence officer—then the implications of his being held in custody in Taiwan are potentially far-reaching and disastrous for the CCP regime.

First, the fact that Xiang went to Taiwan and was subsequently detained after Wang sought to defect to Australia is a definite cause for worry for the CCP. Overconfidence or serious intelligence failure seem like plausible reasons for why Xiang did not flee Taiwan sooner and escape arrest. Both reasons are revealing of deeper problems within the CCP’s military intelligence system and the intelligence apparatus on the whole.

Second, Wang’s defection and Xiang’s detention would likely shock the CCP intelligence apparatus and seriously setback the CCP’s political interference and infiltration operations in Taiwan, Hong Kong, Australia, and elsewhere. This setback could drastically delay the CCP’s plans to seek “unification” with Taiwan over the next decade, become a regional hegemon in the next two or three decades, and achieve de facto world dominance by the first centenary of the PRC’s founding in 2049.

Third, if Xiang Xin continues to be “very cooperative” with the Taiwanese government and even decides that it is in his best interests to defect, then the CCP would likely be in serious trouble. Xiang’s “cooperation” or defection could disastrously compromise the CCP’s external political interference operations and the intelligence apparatus itself. Meanwhile, the Xi Jinping leadership would gain an unimpeachable excuse to purge the intelligence ranks to clear out would-be “traitors,” a move that would hurt factional interests and escalate the CCP factional struggle. Heightened political crisis in the CCP and the unraveling of the CCP’s spy system and external interference operations could inspire America and the world to take a bolder stand in confronting the CCP regime over its pernicious behavior. Over time, intensifying geopolitical and domestic pressures could become a prelude to regime collapse.

What’s next:
1. The detention of Xiang Xin and the defection of Wang Liqiang have almost guaranteed that “CCP political interference” and being “anti-red” will become key topics and a litmus test for aspiring presidential candidates in Taiwan.

We previously wrote that Taiwan’s “pro-Beijing candidates and media could either deny Wang’s claims and affiliations with the CCP while doubling-down on their existing strategies, or go in the opposite direction by declaring themselves ‘anti-red’ and seeking out association with prominent ‘anti-red’ figures. Pro-Beijing candidates and media could pursue the former strategy first before changing strategies later to avoid a crushing defeat at the polls.” Half of our analysis has been affirmed over the past week with the political party that is currently closer to Beijing vigorously refuting Wang’s claims that the CCP supported their candidates to victories in previous elections and denying that their presidential candidate has Beijing’s backing for the upcoming election. That political party also issued a draft “anti-ROC annexation” law in the same week that could later result in the complete verification of our analysis; while clearly aimed at the incumbent political party’s “pro-independence” leanings, the “anti-ROC annexation” law could potentially be used by the political party which is closer to Beijing for “anti-red” purposes if a change of strategy becomes prudent.

2. CCP pressure and “stealing” of Taiwan’s allies have significantly reduced Taiwan’s international presence and relevance in recent years. Taiwan, however, could quickly grow its international standing and relevance if it seizes the opportunity to play an important role in working with the Five Eyes countries to roll back CCP political interference. The incumbent Taiwanese government may already be seizing its chance; days after the Wang Liqiang case made the news, the Taiwanese government sought to speed through an anti-infiltration bill to combat the PRC’s infiltration and influence in Taiwan.

3. The Xiang Xin and Wang Liqiang cases will likely lead to an intensification of the factional struggle in the CCP. Businesses, investors, and governments must closely track developments in CCP elite politics to better gauge political risk in China and turn Black Swans into Gray Rhinos.