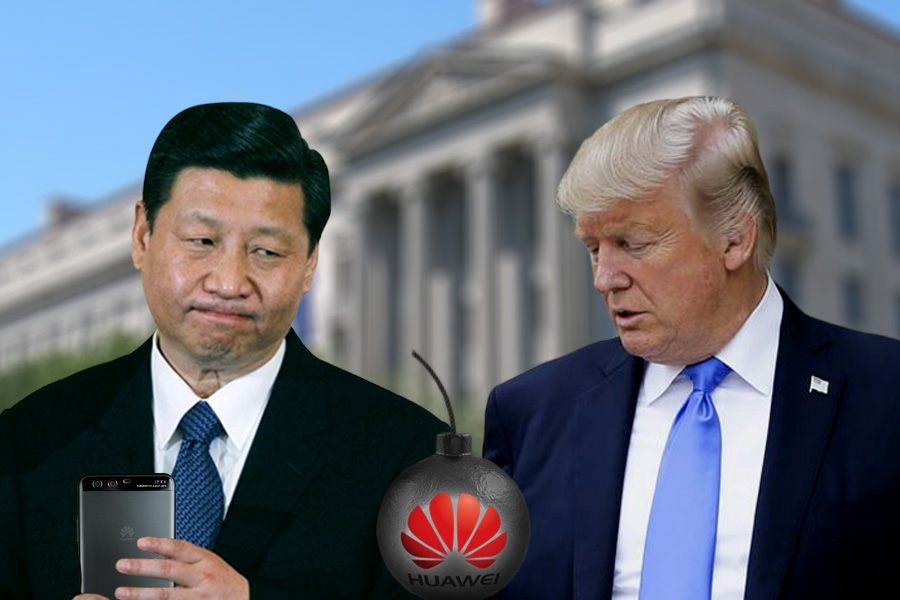 ◎ The 90-day trade talks, if successful, will tackle U.S. national security concerns at its root.

In an interview with Reuters on Dec. 11, U.S. President Donald Trump said that he could intervene in the case against arrested Huawei Chief Financial Officer Meng Wanzhou.

Trump’s remark sparked backlash from the U.S. Justice Department, lawmakers, and other commentators. Most of the pushback focused on the notion that Trump is thinking of using law enforcement as a “tool” to achieve trade, political, or diplomatic ends, concerns that are very valid (and with which we concur). Some have even directly or indirectly suggested that Trump could “sell out” American interests by linking trade with law enforcement. However, there is not much discussion of why Trump also cited national security as a reason for potentially intervening in the Huawei case.

Our take:
1. Based on the 2017 National Security Strategy and actions taken by the Trump administration over the past year, we believe that national security, and not trade, is likely the primary motivation behind Trump’s comment about intervention.

The NSS advocates a strategy of “principled realism” that is “guided by outcomes, not ideology” for dealing with America’s challenges. The document also identifies China as a “rival power” and a long-term strategic competitor. In 2018, the U.S. appears to have mounted a broad pushback against the People’s Republic of China’s effort to “change the international order” in its favor by challenging the regime on trade, espionage, cybersecurity, intellectual property theft, influence operations, military operations in the South China Sea, and other areas. Put another way, national security concerns drive trade and other issues in the Trump administration, not the other way around.

2. A national security problem can be permanently resolved if it is tackled at its root. And the root of the Huawei problem is the Chinese Communist Party. If the CCP changes, Huawei will inevitably be forced to change.

We previously analyzed that if Xi Jinping delivers on his commitments to Trump in Argentina and takes “irreversible steps towards structural reforms during the 90-day period,” Xi will face the “unavoidable question of what to do with the communist regime” because the CCP “cannot undergo real reform and retain its integrity.” If Trump had reached the same conclusion about the implications of real reform in China, then it would seem logical for him to suggest prioritizing a Sino-U.S. trade deal over punishing a Huawei executive to preserve U.S. national security and push tremendous change in China and the world.

If Trump decides to intervene in the Huawei case, he will face immense domestic political pushback. Already, Trump is under pressure from the special counsel investigation and other looming state judicial investigations. While the investigations may prove to be more bark than bite, Trump still has to weather the near-term storm. Also, Trump could have problems with passing legislation over the next two years when the Democratic Party takes over the House of Representatives in 2019. Being unable to pass legislation means that Trump cannot fulfill prominent campaign promises (like building a border wall) and bolster his bid for re-election in 2020. On the upside, Trump may be able to deliver a big campaign promise by resolving the China problem starting with a trade deal. The biggest uncertainty facing Trump in treating Huawei leniently is the issue of whether Xi Jinping can fend off political rivals and deliver on his structural reform commitments.

If Trump decides not to intervene in the Huawei case, he will immediately put Xi under immense pressure from political rivals. If Xi cannot deliver on his commitments due to the pressure, then Sino-U.S. tensions will escalate after 90 days and Xi is at high risk of being ousted in a political coup. Washington also risks having to start from scratch in negotiating with a new CCP leadership that will be more hardline than the Xi leadership. With political gridlock at home and China in political turmoil, Trump’s 2020 bid will be in jeopardy.

What’s next:
1. Both President Trump and Xi Jinping will likely face unprecedented domestic pressures during the 90-day trade negotiation period. Both parties need to trust each other and correctly read what the other side is thinking to lower political risks and achieve a historic deal for both countries.

If talks break down over misunderstandings or pressure, then both China and the U.S. may be headed for a “worst-case scenario” type situation.

2. In his interview with Reuters, Trump said that he will “have another meeting with President Xi, who I like a lot and get along with very well” if it is necessary. We believe that it is very likely that there will be another Trump-Xi summit during the 90-day period.

3. We believe that the U.S. will maintain and even step up pressure on the PRC on all fronts because the 2017 NSS is in place. The Trump administration, however, may seek to strike a balance between applying pressure and giving Beijing enough breathing space to push through reform. Hence, the Trump administration could spotlight the CCP’s human rights abuses or implement “soft” cultural power to curb CCP ideological warfare and appease dissenting voices in Washington.

4. Expect to see turbulence in Sino-U.S. relations during the 90-day period of trade talks. Based on current circumstances, however, we believe that both Trump and Xi will more likely than not reach a trade agreement that meets most, if not all, of Washington’s strict demands.