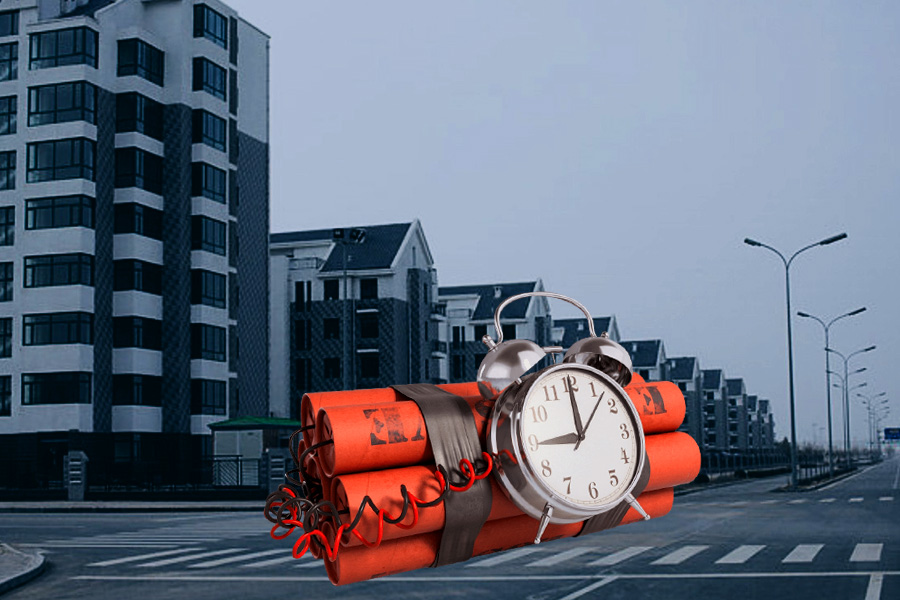 Risk Watch: The CCP’s ‘Controlled Blow Up’ of Local Debt Could Trigger a Black Swan

◎ The CCP is carrying out a controlled “blow up” of local government debts and transferring the risks to the private sector.

China’s State Council and the Chinese Communist Party (CCP) General Office published guidelines that call on state-owned enterprises (SOEs) to reduce their debt ratio on Sept. 13. A measure in the guidelines that allows local government financing platforms to go bankrupt has sparked social debate and some panic.[1]

We believe that the CCP is carrying out a controlled “blow up” of local government debts and transferring the risks to the private sector. Should the CCP go ahead as anticipated, it would amount to the government reneging on massive debts, and would bring about financial and political risks that are much greater than peer-to-peer platform (P2P) failure.

The backdrop:
1. Key points in the State Council’s “Guidelines on Strengthening the Balance of Assets and Liabilities of State-owned Enterprises” include:

3. On Aug. 14, the Shanghai Clearing House issued a notice stating that the Xinjiang Production and Construction Corps had missed an interest payment on 500 million yuan of short-term bonds.

The big picture:
The Sino-U.S. trade war continues to escalate with the U.S. imposing $250 billion worth of tariffs on Chinese imports by the final week of September and threatening to add another $267 billion.

In China, local governments are running into financial problems, while P2P platform failure is creating masses of “financial refugees” and rising social tensions across the country.

Our take:
1. At the end of August 2018, the size of explicit debt in China totaled 25.3 trillion yuan (Ministry of Finance data) while implicit debt was about 35 trillion yuan (the average of data provided by several Chinese research groups). Local government debt reached 60 trillion yuan; we believe that this figure is much larger.

Using an average interest rate of five percent, the Chinese authorities have to make an annual interest payment of about 3 trillion yuan. And with the escalation of the Sino-U.S. trade war, local governments will find it difficult to support debt growth and make interest payments with fiscal shortages.

Indeed, He Wei, the deputy director of the National People’s Congress’s financial and economic committee, observed in a May 19 speech that no local government wants to pay off their debts. Some local governments are unable to make payment interests, and many are less creditworthy than private corporations.

2. It has become the norm in recent decades for local officials to embark on deficit spending to rack up political achievements and secure promotion. Now the central government is taking action against some local governments to signal that Beijing won’t be picking up the tab for local debt.

According to a People’s Daily report on Sept. 22, the State Council’s poverty alleviation leading group had “interviewed” the poverty work in-charge of eight counties for engaging in “image projects” in violation of restraining mechanisms, and ordered “rectification” to be carried out. Of the counties reprimanded, Yucheng County in Hunan Province had long engaged in massive deficit spending to boost government results. By the end of 2017, Yucheng government’s debt ratio reached 336 percent.

According to data from Shanghai Wind Information, there are 11,567 local government financing platforms with a balance of 7.63 trillion yuan in city investment debt at the end of August 2018. This debt, however, is explicit debt because the liabilities that can be issued as bonds are only a part of entire debt of city investment companies. We estimate that implicit debt could be four to five times higher than explicit debt.

In comparison, the financial scale of P2P platforms is much smaller than the debt of city investment companies. The P2P industry shrunk by 80 billion yuan in value and 1.63 million investors by August 2018. Meanwhile, the hypothetical failure of 1 percent of city investment companies means a loss of 76.3 billion yuan in value, a number that could be much greater after accounting for implicit debt. And the social impact following the failure of local government financing platform bonds and financial instruments could be more significant than that following the recent wave of P2P closures.

While the CCP might not wish to acknowledge it, the failure of city investment companies is a failure of local government creditworthiness. A Black Swan event could be on the horizon.