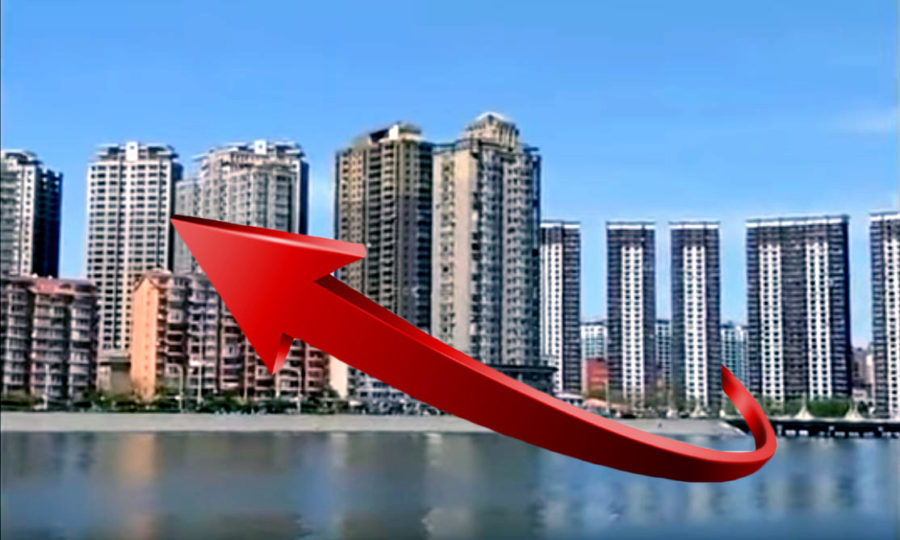 ◎ China would be in an advantageous position once sanctions of North Korea are lifted and the country’s economy starts to liberalize.

After the April 27 inter-Korean summit at Panmunjom, property prices in Dandong rose by 57 percent over two days.

The backdrop:
Dandong, a prefecture-level city in Liaoning Province, is the city that carries out the most trade with North Korea; before the imposition of United Nations sanctions, Dandong’s imports and exports to North Korea accounted for nearly 70 percent of its total trade. Dandong also has official approval to organize tourist trips to North Korea. Thus, the city is an important strategic node connecting northeast China to the Korean Peninsula.

April 21: Kim announces a halt to nuclear and missile testing, as well as the closure of a major test site. He also declared a new “strategic” shift to focus on rebuilding the North Korean economy.

April 27: Kim and South Korean president Moon Jae-in held the third-ever inter-Korean summit at the demilitarized zone. They signed a joint declaration of “peace, prosperity and unification” of the Korean Peninsula.

April 30: United States President Donald Trump tweeted that he is considering having talks with Kim Jong Un at the Peace House or Freedom House where the inter-Korean summit was held.

Our take:
1. We previously analyzed that Kim would abandon his nuclear weapons to preserve his rule in the face of unrelenting U.S. “maximum pressure,” and carry out the reform and opening up of North Korea.

Having experienced reform and opening up, the Chinese are especially sensitive to its arrival, and hence the skyrocketing property prices in Dandong. China would be in an advantageous position once sanctions of North Korea are lifted and the country’s economy starts to liberalize.

2. The Chinese regime has always provided economic aid to North Korea, and businesspeople in Dandong benefited from those exchanges. For instance, businesswoman Ma Xiaohong, who was arrested in 2016 for illegally supporting North Korea’s nuclear program, was the wealthiest female entrepreneur in Dandong.

3. The Chinese economy is presently plagued by overcapacity and currency oversupply. Beijing has an excellent opportunity to resolve those problems should North Korea implement its version of reform and opening up as the rebuilding process requires a huge amount of infrastructure. Indeed, China’s excess production capacity could find an outlet in North Korea. Dandong may find itself becoming the “Shenzhen Special Economic Zone” of the northeast, and property prices appear to be rising in anticipation of such an outcome.