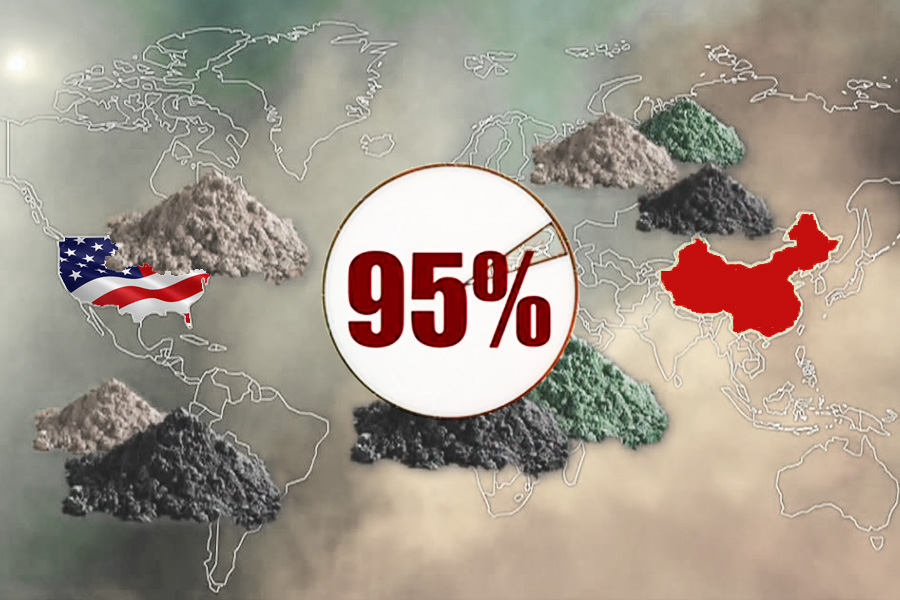 As the United States and China engage in tit-for-tat tariffs in the first week of April, some international media outlets suggested that rare earth metals could be China’s “secret weapon” to winning a trade war.

Subsequently, Xinhua’s Outlook Weekly magazine and think-tank published an article on China’s rare earth production advantage over the U.S. titled, “China’s ‘Ace in the Hole’ Weapon Will Truly Leave America Afraid.” According to the article, China can strengthen rare earth supply-side reform and adopt other measures to drive up the price of rare earths and give the U.S. something to dread when the trade war is underway. Several prominent Chinese news portals later carried the Outlook Weekly article.

Our take:
We believe that the Chinese Communist Party (CCP) wouldn’t be able to use rare earths as a “secret weapon” in the coming trade war. CCP propaganda, however, finds it useful to promote the rare earth “strategy” to please the Chinese “nationalists” crowd. Meanwhile, international media outlets probably feel that rare earths are an issue due to prior exposure to CCP propaganda and a lack of understanding about elite CCP politics and Chinese society.

1. China accounts for over 95 percent of rare earth exports and the U.S. is almost completely dependent on China for rare earth imports. In particular, the U.S. uses rare earth metals in its advanced military weapons systems.

China, however, doesn’t have a monopoly on rare earth supply. Of the over 90 million tons of known rare earths deposits worldwide, just 36 percent is found in China, while the rest is found in the U.S., Denmark, Greenland, Australia, and Japan (recently, Japan discovered “semi-infinite” supply beneath its waters).

Rare earth mining carried out in few countries chiefly because of environmental pollution issues. The U.S. used to be the world’s largest supplier of rare earths in the 1980s, but gave up its position in the 1990s to China where the CCP is willing to sacrifice the environment to export rare earths at a low-cost. Whether or not the U.S. picks up rare earth mining again is dependant on market demand.

In the extreme scenario where the CCP decides to stop exporting rare earths to “win” the trade war, the markets wouldn’t run out of supply. Take the case of Japan. According to Hohhot (capital of Inner Mongolia) customs data, Inner Mongolia exported 2510.3 tons of rare earths to Japan in the first half of 2017, or 49.9 percent of total rare earth exports from the region in the same period. In other words, Japan’s rare earth imports from China account for 5 percent of China’s total rare earth exports in the first half of 2017. Chinese state media frequently accuses Japan of hoarding rare earth and affecting global prices, and claims that Japan has stockpiled enough mined rare earth to last for at least 10 years, or even decades.

Given the importance of rare earths to the U.S. military, we believe that America should have strategic reserves of mined rare earths.

3. The international community is wary of a China “rare earth war” because the CCP sought to restrict exports of rare earth metals to Japan in 2009 after diplomatic ties worsened between the two countries. While soaring rare earth prices triggered panic buying then, market prices have since plummeted. Also, countries are researching substitutes to rare earth metals with promising results.

4. Rare earth prices could soar if the CCP decides to wage a “rare earth war,” but there wouldn’t be a supply shortage in the markets. When rare earth prices rose sharply in 2011, foreign customs statistics on rare earth imports from China was 120 percent higher than China’s own export statistics, Chinese state media complained in an article about China’s smuggling problem.

Also, while rare earth metals are found in many electronics, they are used in tiny quantities per product. Prices of electronics shouldn’t fluctuate much in the event of a rare earth embargo.