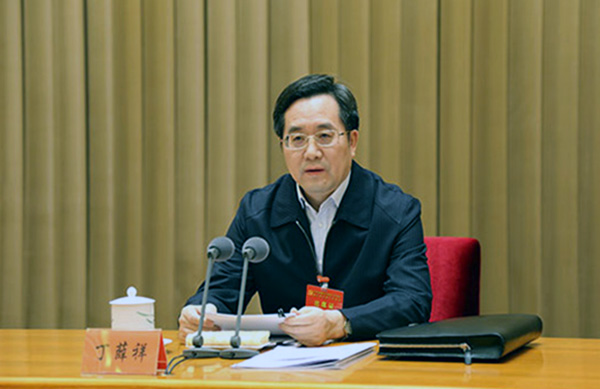 ◎ Ding Xuexiang recently made statements that confirm the intensity of the ongoing CCP factional struggle.

During a Jan. 26 work meeting for departments directly subordinate to the CCP, Ding, who is also a Politburo member and a secretary of the Secretariat, touch on the issue of “political misconduct,” according to a Feb. 11 report in a publication overseen by Beijing.

“After the 18th Party Congress, we found that virtually all high-level officials who were probed for corruption were guilty of political misconduct. These officials partook in vote buying, formed cliques and factions, and some even sought to usurp the Party leadership.”

The backdrop:
1. During a financial apparatus meeting at the 19th Congress on Oct. 19, Liu Shiyu, the China Securities Regulatory Commission chairman, slammed purged officials Bo Xilai, Zhou Yongkang, Ling Jihua, Xu Caihou, Guo Boxiong, and Sun Zhengcai for “plotting to usurp the Party leadership,” according to reports in Hong Kong media. The officials Liu named are either members or associates of the Jiang Zemin faction.

2. By the eve of the 19th Congress, anti-corruption investigators had purged a total of 440 officials (including those Liu accused) at the provincial-level and above in the Party and state hierarchies, as well as in the military.

Why it matters:
Ding Xuexiang’s comments are irrefutable evidence of political coup attempts inside the Party.

Our take:
Many of the high-ranking officials that were arrested after Xi Jinping took office are members of the Jiang faction. Ding’s statement that nearly all of these officials were guilty of “political misconduct” and tried to “usurp the Party leadership” is telling of the political dangers and risks Xi faces.

The threat of coups also underscores our analysis that the Xi-Jiang faction fight is a life-and-death struggle, and explains why Xi needs to carry out an anti-corruption campaign to gain control over the Party, the military, and the state government. We believe that Xi is pushing political reforms out of self-preservation.