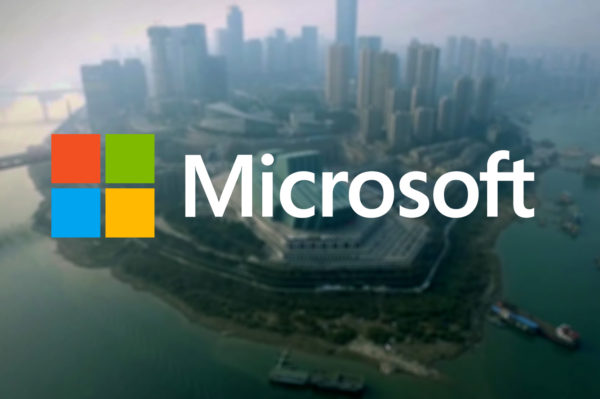 ◎ There are severe downsides for businesses who ignore or lack a fuller understanding of China’s elite politics.

There are severe downsides for businesses who ignore or lack a fuller understanding of China’s elite politics.

Take the issue of building a good business relationship. Western companies are often advised to get friendly with Chinese officials to ensure a successful venture in China. Smaller enterprises seek out local government officials, while the biggest firms have receptions with the Chinese Communist Party (CCP) General Secretary.

Microsoft heeded the now standard business relationship advice for operating in China even before it entered the country. Bill Gates, Microsoft’s founder, met with Jiang Zemin in 1993 when the company’s regional headquarters was in Japan. Gates would later meet Jiang’s successors Hu Jintao and Xi Jinping after they came to office. Recently, Microsoft CEO Satya Nadella joined Apple’s Tim Cook, Facebook’s Mark Zuckerberg, and other business leaders in Beijing for Xi’s first public outing with foreign guests since the 19th Party Congress.

Microsoft has also tried to get in the good books of potential heirs to the CCP leadership. On Sept. 24, Microsoft was one of 31 global companies with a representative at a key economic meeting in Chongqing, according to Nikkei Asian Review. The business leaders present were “more interested in currying favor” with new Chongqing chief Chen Min’er than talking economic matters, Nikkei reported. More than 20 of those companies eventually pledged to invest over $10 billion in Chongqing; Nikkei didn’t say if Microsoft was one of the 20.

Reports in prominent media outlets about Chen being Xi’s protégé and a future CCP leader candidate likely swayed the global companies who went to Chongqing. Contrary to most observers, SinoInsider noted that Chen would unlikely succeed Xi given his questionable political background and circumstantial rise up the ranks.

Our assessment of Chen proved accurate when he failed to make the Politburo Standing Committee at the 19th Congress, a development that rules him out as an incoming CCP leader candidate. In fact, none members in the new Standing Committee are young enough to be a potential successor, a situation which suggests that Xi might be preparing for a third term.

So what can we learn from Microsoft’s experiences in courting top Chinese officials?

We wrote earlier that companies that make political bets on seemingly high-flying Chinese officials are making a high-risk investment. There are two reasons for this:

An example of the first point would be Seagate being made to pay over $200 million in fines to the local Suzhou government. (Contact us to learn more.)

The second point is best observed through the experiences of Microsoft, a company which has been in China for over two decades and has close relations with the senior CCP leadership.

Despite Gates’s relationship with Jiang and his acquaintance with Hu Jintao and Xi Jinping, the Chinese regulators opened an antitrust probe against Microsoft in July 2014. In November, the company was accused of tax evasion and ordered to pay $140 million in back taxes and interests. A day after the tax evasion ruling, the state-run China National Petroleum Corporation shifted the email accounts of its 1 million employees to a domestic provider.

What changed for Microsoft was the dynamics of elite Chinese politics. In 2012, the Xi leadership and the Jiang faction became embroiled in a power struggle. Jiang’s faction had planned to oust Xi in a coup, and when that failed, repeatedly sought to undermine his leadership. Meanwhile, Xi purged many Jiang faction members through his anti-corruption campaign. Overnight, Microsoft’s long and close relationship with Jiang and his trusted officials became a strike against the company.

Microsoft’s recent ventures in Chongqing, if motivated by political considerations, could also prove to be risky in the long term.

In 2013, Microsoft announced the construction of its second Global Service Delivery Center in Chongqing. The Chongqing government, which was then headed by “potential Chinese leader candidate” Sun Zhengcai, said that the center would hire 500 employees and bring in sales of $200 million. It is unclear if the center had indeed met the Chongqing government’s target, but Sun can no longer work with Microsoft. This July, Sun the highly regarded political star was arrested on corruption charges and later accused of conspiring against the Xi Jinping leadership. (See: “Xi ‘Successor’ Sun Zhengcai Turns Out to be Bo Xilai 2.0″)

Xi has tasked new Chongqing chief and “political star” Chen Min’er with ridding the city of his predecessors’ “malignant” influence. Unless Chen implements Xi’s orders and doesn’t later turn out to be in bed with the Jiang faction, companies who have placed a political bet on him by investing in Chongqing are courting risk, not opportunity.

Looking to better figure out China’s risks and opportunities? Let’s get in touch.