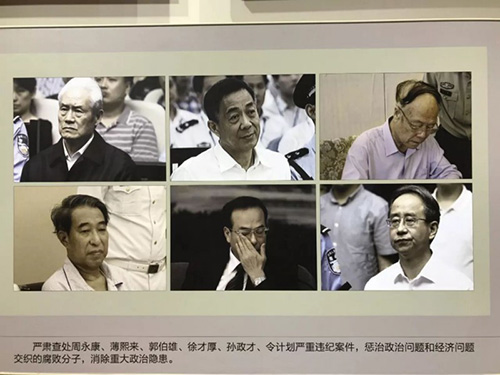 Why it matters: Many observers billed Sun as a potential successor to Chinese leader Xi Jinping, and anticipated his promotion to the Politburo Standing Committee at the 19th Party Congress on Oct. 18. But Sun’s political career is now effectively over with his expulsion from the CCP.

Bo Xilai 2.0: In our in-depth report, SinoInsider identified Sun Zhengcai as Jiang Zemin political faction’s chosen candidate to replace Xi in a coup. We also have a brief published Sept. 17 that identified Gen. Fang Fenghui as possible coup enforcer. This recent coup attempt resembles the one that was foiled back in 2012. (See our full report on the failed coup here.)

In 2012, Jiang sought to replace Xi with Bo Xilai. Bo like Sun, was the Chongqing chief and Politburo member. But the coup was exposed when Bo’s vice-mayor Wang Lijun tried to defect to the United States. Bo and several others were subsequently arrested and sentenced to life in prison.

What’s interesting to note is that the Xi leadership appears to be publicly drawing parallels between Bo Xilai and Sun Zhengcai, as if to signal that both men are guilty of the same crime:

Our take: The Xi leadership’s recent charge against Sun Zhengcai corroborates SinoInsider’s intel that Sun played a leading role in a failed coup against Xi.