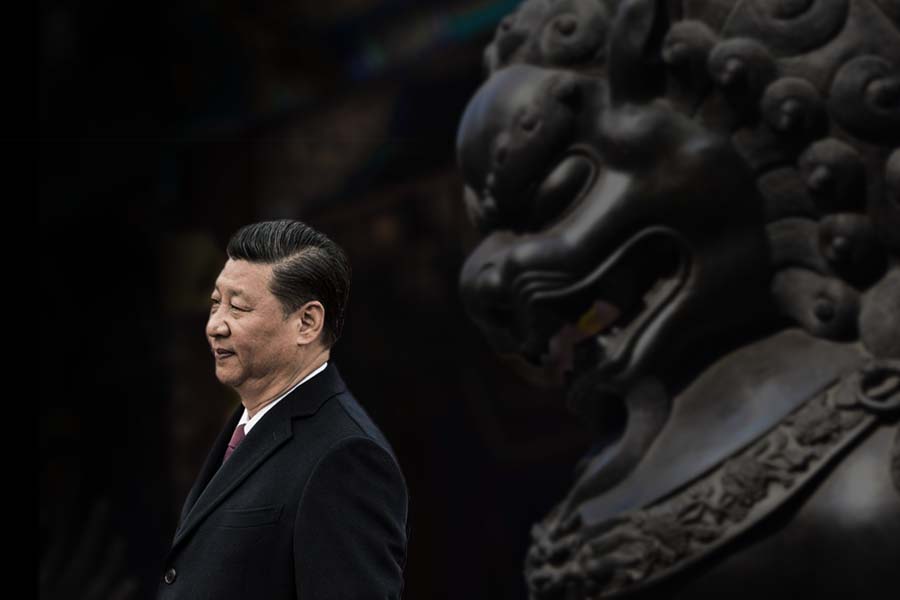 ◎ Xi has subtly hinted at serious opposition to his rule on at least two occasions this year.

Since its founding in 1921, the Chinese Communist Party has met and struggled with one threat after another. Decades of existential crises left the Party permanently paranoid about regime security and obsessed with strengthening its grip over society.

The CCP began clamping down on potential trouble and dissent ahead of its hundredth anniversary celebrations in July. By June, a campaign to combat “pornography and illegal publications” launched in March “handled” more than 1.55 million pieces of “harmful online information” and shut down over 6,400 “illegal websites,” according to state-run media. On June 9, Chinese social media giant WeChat announced it would promptly “clean up” accounts that “spread historical nihilism, slander Party history, hype up scandals” or promote other content deemed problematic. Chinese social media giant WeChat added that accounts flagged for content or for provoking “malicious confrontation” would be permanently banned.

The unusual suspects
Curiously, Beijing’s pre-centennial anniversary control efforts also targeted groups whose loyalty to the Party and communism seem solid. On May 12, the authorities in several northern Chinese provinces arrested several prominent Maoists and members of Maoist organizations. Taiwanese media breaking the story in early June noted that the crackdown was part of Beijing’s “stability maintenance” operations in preparation for the CCP centennial celebration on July 1.

On June 1, the CCP Central Committee issued guidelines on strengthening supervision of leading officials and their leadership team. The guidelines noted that Communist China faces an “unprecedentedly complex environment and risk challenges,” and called on leading officials and their subordinates to “take the lead in safeguarding the quan wei [prestige and authority] of Party Central and its centralized and unified leadership.” The guidelines also recommended having “leading officials feel that they are under supervision all the time,” stated that their performance on mutual supervision will be reflected in their annual work review, and threatened to hold accountable those not up to scratch in their supervisory duties.

Those unfamiliar with CCP elite politics may consider the above developments to be yet another sign of General Secretary Xi Jinping’s megalomania. But those who closely track factional struggle in the Party elite will note Xi’s long-standing problems with getting officials to properly implement his policies. Particularly obstinate are officials who rose to senior positions during the Jiang Zemin faction’s era of dominance (1997 to 2012) and in Xi’s first years in office.

Meanwhile, Maoists have always posed problems for Beijing due to their radical vision of revolution and where the regime should be headed. Mainland Maoists are also known to have backed Jiang faction lieutenant Bo Xilai when the latter was running a neo-Maoist “singing red, striking black” campaign when he was Chongqing boss. Hence, the aforementioned developments indicate that intra-Party fighting has swiftly escalated and Xi’s personal political risks have substantially risen as opposition to his leadership has spiked.

‘Another Party Central’
Xi has subtly hinted at serious opposition to his rule on at least two occasions this year. His April visit to a memorial park in Guangxi Province dedicated to the Red Army’s Battle of Xiangjiang contained two central messages: First, Communist China today faces extreme peril and Party members must be internally united. Second, Party members must rally around “Party Central with Comrade Xi Jinping at the core” instead of his rivals so that Xi may lead the CCP to “victory,” just as Mao Zedong led the Party to victory after cadres united behind him after the Battle of Xiangjiang and rejected the leadership responsible for the disastrous engagement.

In May, Qiushi, the ideological journal published by the CCP Central Committee, ran an essay spotlighting Xi Jinping’s effort to promote “Party history learning and education.” The essay called on CCP members to “more consciously unite around Party Central with Comrade Xi Jinping at the core, and forge ahead in unity.” The essay also praised Xi for bringing “historic achievements and historic changes” to China despite the “severe and complex domestic and foreign situation” since the 18th Party Congress in 2012. Most crucially and ominously, the essay cited a notable instance of factional struggle in the Party’s early history to warn about the perils of “another Party Central” and place emphasis on “safeguarding Party unity and centralized leadership.”

In its propaganda, the CCP tends to avoid reporting on its problems, but when these problems become too big to ignore, the Party may address the issues while putting its own spin on the matter. What the Party acknowledges about those problems, however, is usually just the tip of the iceberg. And when the CCP keeps harping on certain issues, those issues are likely to be of particular concern for Beijing and need to be addressed pronto. So the fact that CCP propaganda has called attention to “another Party Central” and hammered home the need for Party members to unite behind Xi Jinping reveals that the latter is facing significant intra-Party resistance, most likely stemming from powerful factional elements in the Party elite. Meanwhile, Beijing’s crackdown on Maoists and heightened supervision of leading officials are practical measures to root out resistance and forcibly bring Party members in line with Xi’s Party Central.

Brazen challenges to Xi in the Chinese language media suggest that his paranoia is not misplaced. Duowei News, a Chinese-language news website that publishes overseas but is headquartered in Beijing, published sharp commentaries in recent months attacking Xi’s policies. One commentary criticized Xi’s newly reinterpreted Party histories and effort to propagate them, claiming that the “side effects of historical nihilism and other ideological trends in the [Xi Jinping] New Era can indeed be ‘alarming’ at the time.” Days after the CCP Central Committee issued the guidelines regarding supervision of leading officials, Duowei published a piece titled “Who Will Supervise the Party Central Committee”—a jab at Xi’s own unsupervised leadership.

Conflicting manifestos
More concerning for Xi is a challenge to his authority in state propaganda. In early June, Xinhua published two back-to-back “manifestos” on socialism in China with similar sounding headlines but vastly different meanings. The first piece, “Socialism Has Not Failed China,” emphasized the importance of Xi’s political thought in “revitalizing” China and is clearly meant to boost his standing in the regime. The second piece, “China Has Not Failed Socialism,” focused on how “socialism with Chinese characteristics” actualized Marxism and brought success to China. Moreover, Xi’s political thought is cast as merely the “historical accumulation” of the “ideological new Long March” spanning five Party bosses—a significant downgrade from how it was framed in the first piece.

Xi Jinping’s factional rivals will surely redouble their efforts to undermine his leadership, and will look to drop “damaging information” about Xi and his allies around “sensitive” periods in the regime like the centennial celebrations, the Beidaihe meeting, and the Sixth Plenum of the 19th Central Committee. Growing international calls for accountability over issues like Xinjiang, Hong Kong, Taiwan, and the origins of COVID-19 will also provide leverage for Xi’s rivals to demand that he name a successor and make preparations to hand power back to a “collective leadership.”

When pushed to the brink, Xi will be compelled to choose between self-preservation or preserving the Communist Party. Businesses, investors, and governments must prepare for Black Swans in China this year. 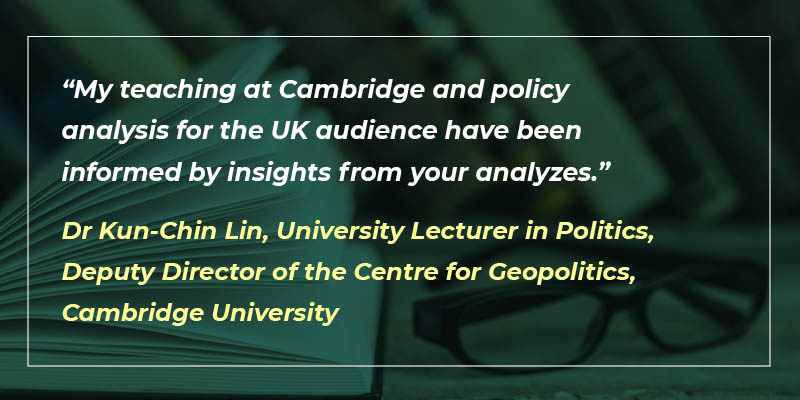