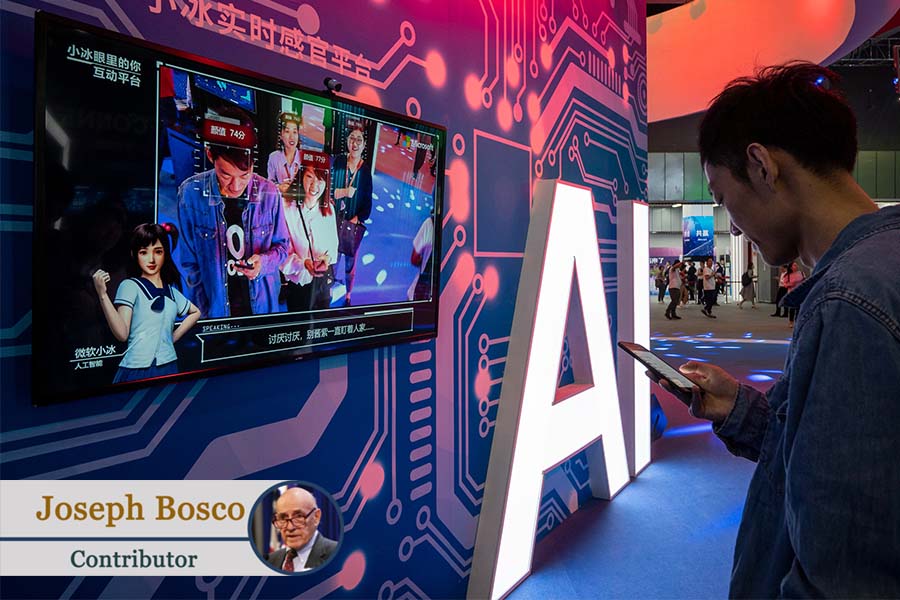 ◎ The Biden administration is backsliding on the enforcement of Trump’s crackdown on U.S. investment in Chinese technology companies that support the PLA.

Until now, the Biden administration’s China policy has been characterized by relatively seamless continuity with the transformational approach of the Trump national security team on Taiwan, the South China Sea, Hong Kong, trade and human rights.

Last week, it expanded its human rights enforcement beyond endorsing former Secretary of State Mike Pompeo’s declaration of Communist China’s genocide in Xinjiang Province (the independent state of East Turkestan until China’s invasion in 1950). His successor, Antony Blinken, announced the unprecedented sanctioning of a Chinese official for persecuting Falun Gong practitioners, noting that China “broadly criminalizes religious expression, and continues to commit crimes against humanity and genocide against Muslim Uyghurs and members of other religious and ethnic minority groups.”

Similarly, on the fraught issue of Taiwan, President Biden’s national security team has moved incrementally to broaden and deepen bilateral relations by increasing high-level interaction between U.S. and Taiwan officials. Further, the United States recently joined with Taiwan to establish a Coast Guard Working Group to coordinate maritime security policy, after Beijing officially declared that its coast guard could fire on foreign vessels.

The administration tried unsuccessfully to persuade visiting Japanese Prime Minister Yoshihide Suga to state publicly that, if necessary, Japan will stand by its American ally and help defend the 24 million people of Taiwan. That would be the reciprocal commitment for the U.S. pledge to support Japan’s defense of the uninhabited Senkaku Islands against a Chinese attack. But Suga would agree only to an anodyne joint statement to “underscore the importance of peace and stability in the Taiwan Strait and encourage the peaceful resolution of cross-Strait issues.”

However, even that one step forward was soon followed by two steps backward, as Suga twice said publicly that Japan’s military will not get involved in a conflict over Taiwan — despite its critical location for Japan’s own security.

Tokyo’s hesitancy reflects the Biden administration’s unwillingness to declare its intention to defend Taiwan and move beyond the outdated policy of strategic ambiguity. Instead, Kurt Campbell, China policy coordinator at the National Security Council, diluted Blinken’s frequent statements that U.S. support for Taiwan is “rock-solid.” He told a security conference recently, “I believe that there are some significant downsides to the kind of what is called strategic clarity.” But history teaches painful lessons on the dangers of strategic vagueness in the face of aggression.

Conceivably, President Biden has privately conveyed a clear deterrent message on Taiwan to Beijing, as former President Trump said he had done. But “red lines” secretly made are easily denied and of limited value in avoiding strategic miscalculation by an adversary bent on aggression, as China openly declares it is regarding Taiwan.

Meanwhile, U.S. Navy ships have made Taiwan Strait transits on the average of one a month, though no U.S. aircraft carrier has done so since 2007 — even as China’s fledgeling carrier force routinely makes the passage through what Beijing calls “Chinese waters.”

The Department of Defense (DOD) said its retreat was based on a decision by the U.S. District Court in Washington in March, ordering a temporary halt in enforcement of the listing and ruling that it had not convincingly shown the company’s organizational connection to the Chinese military.

The judge’s reasoning is interesting. He noted that “the designation authority … went unused for almost 20 years until a flurry of designations were made in the final days of the Trump administration. This lack of use … undermines the notion that the … designation process is critical to maintaining this nation’s security.”

In effect, the court ruled that neglect of the congressionally-granted authority by previous administrations was a more defensible executive policy than the Trump team’s decision to exercise it, a judicial disregard of both changed circumstances and changed presidential perceptions of the rising threat from China. Indeed, the court questioned not only the soundness of the DOD’s designation in the Xiaomi case, but the criticality of “the designation process” itself.

The judge also noted what might be considered “minor clerical errors” that nevertheless colored his opinion on the merits. “These errors do not inspire confidence in the fastidiousness of the agency’s decision-making process.” (Beijing will tout judicial review as showing again the “inferiority” of democratic government.)

If ever a court case was ripe for cure and for appeal, this was it. But the administration, which had Xiaomi’s complaint since January and knew its legal arguments, did nothing to correct perceived technical defects or to buttress its legal case. Instead, it simply pulled the plug, pointed a finger at the Trump administration, and issued this statement: “The Biden administration is deeply concerned about potential U.S. investment in companies linked to the Chinese military and is fully committed to keeping up pressure on such companies.”

Last week, the same court issued another order halting the similar blacklisting of Luokung Technology Corp., a Chinese mapping and big-data company. The judge found that Luokung’s “provid[ing] products to entities with ties to the Chinese state” does not “compel the conclusion that [it] is ‘effectively controlled’ by the PRC [People’s Republic of China] or PLA [People’s Liberation Army]. …This behavior is no different than American technology companies such as Apple.” The court did not distinguish the nature of the communist government and its pervasive and coercive influence over all entities within China, especially an information-collection company. But there is no indication that DOD intends to fight these delistings on national security grounds.

Of all the Trump administration economic pushback against China’s escalating assertiveness, what has concerned Beijing the most was not the imposition of tariffs or the Phase 1 trade deal, but the legal measures that cut Chinese companies off from access to the U.S. market, U.S. capital, and U.S. technology.

The Biden administration has just given China the great gift of freeing those companies to continue business as usual and allowing the communist party-state to continue utilizing their work for its malign purposes. Chinese leader Xi Jinping can be expected to detect and exploit weakness.

Editor’s note: The article incorrectly states that Prime Minister Suga twice indicated that Japan was not committed to military involvement in a Taiwan conflict. He did so only once, but it was enough for China’s media to claim a Japanese backdown and laud the “clarification” as “wise.”