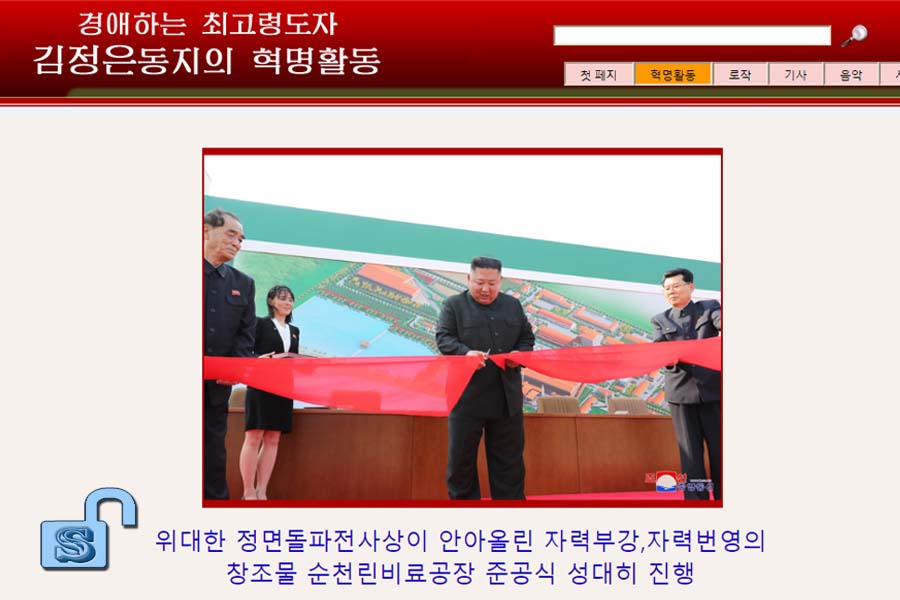 Risk Watch: The CCP Could be Playing the North Korea Card with Kim Jong Un’s Disappearance

◎ The following analysis was first published in the April 30 edition of our subscriber-only SinoWeekly Plus newsletter. Subscribe to SinoInsider to view past analyses in our newsletter archive.

On May 1, North Korean leader Kim Jong Un, his sister Kim Yo Jong, and other officials attended a public red-ribbon cutting ceremony at a fertilizer plant in Sunchon. North Korean released photos and video footage of Kim and his entourage which Pyongyang watchers believe to be authentic. Kim’s May 1 public appearance affirms our previous analysis of his health status and lends weight to our analysis of the Chinese Communist Party’s role in Kim’s “death” and disappearance.

See our earlier analysis below.

On April 28, Daily NK News, a website that carries news from within North Korea, reported that a five-minute video claiming that North Korean leader Kim Jong Un had died during an on-the-spot inspection started circulating in the area of North Korea bordering China. The video also claims that Kim Yo Jong, the sister of Kim Jong Un and first deputy director of North Korea’s propaganda department, would succeed him. A North Korean source told Daily NK that the video “looks like it was broadcast by Korean Central Television (KCTV) and entered the country through China.”

On April 30, Daily NK quoted a North Korean source saying that North Korean authorities are “hunting down whoever brought the video over the border.” However, the authorities have not made a “centralized response” to silence rumors about Kim Jong Un, unlike in the past where the authorities would rapidly move to shut down speculation.

Kim Jong Un’s health has been the subject of intense speculation ever since he missed the celebration of his grandfather’s birthday on April 15. Kim has not been seen in public since April 11. A popular rumor being circulated is that Kim suffered a heart attack and is now either dead, comatose, or in a vegetative state after a botched surgery.

The South Korean government maintains that Kim is “alive and well.” Meanwhile, the Trump administration has released ambivalent messaging on Kim’s status. On April 24, United States President Donald Trump said at a press conference that a report that Kim is “gravely ill” is “incorrect.” On April 29, U.S. Secretary of State Mike Pompeo told Fox News, “We haven’t seen him. We don’t have any information to report today, we’re watching it closely.” Pompeo added, “There is a real risk that there will be a famine, a food shortage, inside of North Korea too. We’re watching each of those things closely, as they have a real impact on our mission set, which is to ultimately denuclearize North Korea.”

Our take:
1. In the April 27 edition of our newsletter, we noted that “Kim might not be in such a bad condition as rumored” based on an assessment of how the CCP regime has responded to information about Kim Jong Un’s health.

Assuming that the Daily NK reports on April 28 and April 30 about the video of Kim’s death that entered North Korea from China are accurate, then we believe that the “Kim Jong Un health” incident could be the product of two possible scenarios.

In the first scenario, Kim has genuine health problems and the CCP is taking advantage of the “vacuum” in the Kim regime to achieve two broad goals:

In the second scenario, the PRC and North Korea could be collaborating in putting on a show to induce global chaos and panic in the world through a manufactured incident. Kim may or may not be having real health problems. To win Kim’s cooperation, the PRC could have promised to help North Korea with coronavirus issues and its food crisis; an April 28 Reuters report noted that a North Korean delegation was due to arrive in Beijing this week to “discuss food supplies and trade issues as the coronavirus pandemic has severely disrupted the country’s food supply.”

2. The CCP would believe that now is an opportune moment to play the North Korean card because U.S.-South Korean military readiness has been affected by the coronavirus and an impasse in a bilateral defense cooperation agreement that expired on Dec. 31, 2019 (Special Measures Agreement). The lack of a new agreement meant that U.S. Forces Korea (USFK) had to furlough about half of the 9,000-strong USFK Korean National employee workforce on March 31. However, President Trump told Reuters in an exclusive interview published on April 29 that South Korea had agreed to pay the U.S. more money for a new defense cooperation agreement. Regardless, the U.S. and South Korea are presently at a disadvantage to deal with a crisis on the Korean Peninsula given their disagreement, and this situation benefits the CCP.