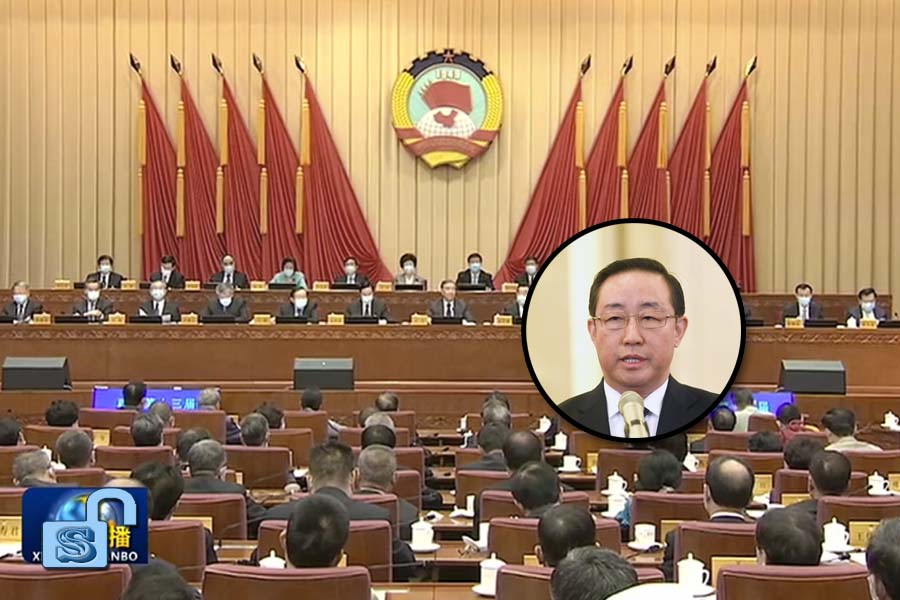 ◎ The following analysis was first published in the April 30 edition of our subscriber-only SinoWeekly Plus newsletter. Subscribe to SinoInsider to view past analyses in our newsletter archive.

On May 19, former PRC justice minister Fu Zhenghua was appointed deputy director of the Chinese People’s Political Consultative Conference’s committee for social and legal affairs at the 10th session of the national CPPCC in Beijing. After Fu stepped down as justice minister on April 29, many observers speculated that he was about to be purged. However, we wrote at the time that Fu would more likely be handled a sinecure position in the National People’s Congress. Fu’s appointment to a slightly lower but analogous position in the CPPCC verifies our earlier analysis.

Below is our April 29 analysis of personnel movement in the CCP.

April 29 saw several personnel reshuffles at the PRC’s Ministry of Ecology and Environment, Ministry of Justice, and the Supreme People’s Court.

Our take:
1. The April 29 personnel reshuffles were announced around the same time as the confirmation of the dates of the Two Sessions. At a glance, the personnel reshuffles are regular changes to replace officials that are near retirement age or fill up vacant posts. A closer look at the reshuffles show that they are related to the factional struggle.

2. We predicted that Tang Yijun would succeed Fu Zhenghua as justice minister in the April 23 edition of this newsletter. In that newsletter, we also examined Tang and Fu’s respective factional backgrounds.

In the CCP regime, the typical retirement age of officials at the ministerial-level is 65. However, ministerial-level officials are allowed to serve on for another three years past 65 if their office term has not expired, and this is the usual arrangement. Going by the usual arrangement, Fu Zhenghua is only slated to retire in 2023 when his five-year office term expires at that year’s Two Sessions. We believe that Fu’s unusually “early” retirement is linked with Xi Jinping’s recent cleansing of the political and legal affairs apparatus.

If Fu is “fortunate” (Xi has no plans to purge him at the moment), he could be appointed to the National People’s Congress Supervisory and Judicial Affairs Committee (a sinecure position) at the upcoming Two Sessions, or could be allowed to retire without fanfare. Based on our assessment, however, Fu still faces significant levels of political risk even if he is granted a “soft landing.”

3. We wrote in the April 23 edition of this newsletter, “Officials in the political and legal affairs apparatus who oppose Xi face high levels of political risk. Should Xi maintain his advantage in the factional struggle, he could even order an investigation into PRC chief justice Zhou Qiang, and possibly during the 2020 Two Sessions at the earliest (May or June).” The recent reshuffles at the SPC affirm the political trend that we earlier identified.

Xi Jinping has not overseen many personnel changes or purges at the SPC since taking office in 2012. In August 2015, SPC vice president Xi Xiaoming was investigated. Aside from Xi, two other officials in the SPC’s leadership group were transferred to other positions, while five others left office after reaching retirement age.

The career trajectory and experience of He Rong, the new SPC Party group deputy and executive vice president of the SPC, suggests that she is being groomed for even higher office. From 1984 to 2011, she rose up the ranks in the Beijing Municipal High People’s Court, and eventually held the posts of court vice president and deputy secretary of the court’s Party group. From December 2011 to March 2017, she became one of the SPC’s vice presidents. He Rong was later transferred to Shaanxi Province to head the provincial discipline inspection committee and was promoted a year later to deputy Party Secretary of Shaanxi Province. It is likely that she will continue to be promoted, and could even be groomed to replace SPC chief justice Zhou Qiang.

4. Li Ganjie, the minister of ecology and environment before Huang Runqiu, was appointed governor of Shandong Province in early April. Both Li and Huang are considered to be “technocratic” officials and do not have strong factional alignments. Their promotion is in line with the trend of Xi Jinping promoting “technocrats” in recent years as he seeks to erode the Jiang Zemin faction’s influence in the CCP officialdom and put officials who are more likely to duly implement his orders in senior positions in the regime.

Meanwhile, Gong Zheng, the official whom Li Ganjie had replaced in Shandong, became deputy mayor and acting mayor of Shanghai on March 23. Gong had replaced Ying Yong, who was appointed Party Secretary of Hubei Province in the wake of coronavirus-related personnel reshuffles in Hubei. Both Gong and Ying are considered allies of Xi Jinping.

By placing allies in key areas and installing “technocrats” in senior government positions, Xi is clearly looking to further consolidate his control over the regime with his latest personnel moves.