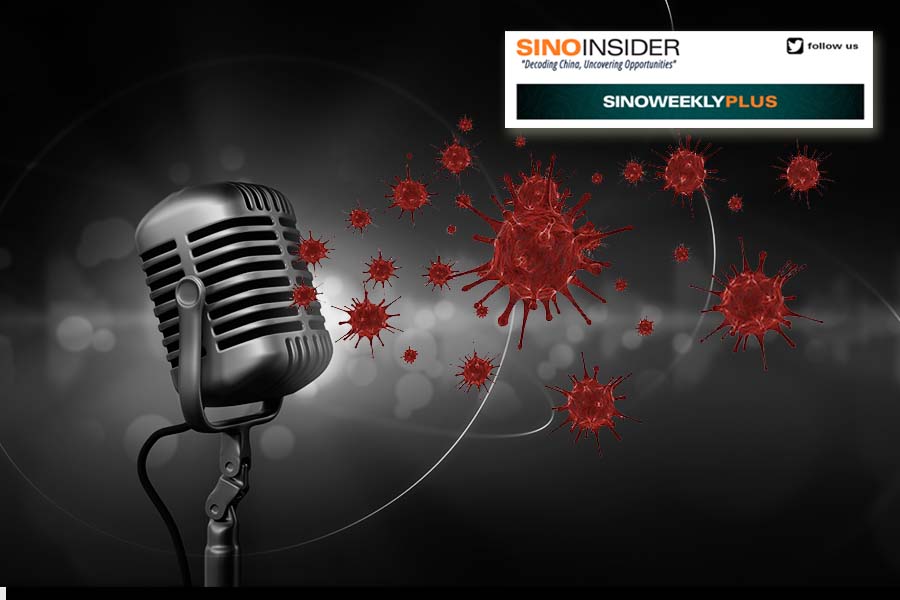 Geopolitics Watch: Why China is Not a Coronavirus ‘Safe Haven’

◎ The following analysis was first published in the March 5 edition of our subscriber-only SinoWeekly Plus newsletter. Subscribe to SinoInsider to view past analyses in our newsletter archive.

Since mid-February, the CCP has been releasing information which suggests that it has the coronavirus epidemic under control and that China is rapidly moving towards “normalcy.”

After the acceleration of the spread of the coronavirus outside China in late February, PRC propaganda has even begun pushing the narrative that “China is saving the world from the coronavirus and the world should be grateful.” On March 4, state mouthpiece Xinhua republished an opinion piece titled, “Be Self-confident, the World Should Thank China” that juxtaposed America’s approach to handling the coronavirus outbreak on home soil with that of the PRC’s. In an interview with AFP in January after the PRC had acknowledged the coronavirus, we noted that the CCP would very likely seek to paint itself as a world’s “savior” and cultivate the image of China as a responsible stakeholder, a move that is consistent with its tactic of spinning calamity into victory.

The PRC has also recently started pushing a new disinformation theory that the coronavirus originated in the United States and that U.S. intelligence agencies could have been behind the outbreak.

Additionally, the CCP appears to be manipulating its markets and has rolled out economic policies to attract foreign investment:

Our take:
1. Based on our observation, the CCP domestic and external propaganda efforts have been working, with some success, to:

A CCP-approved reality, however, is not the real world. As much as the CCP propaganda apparatus wills it, the coronavirus will not suddenly disappear overnight. Nobody should be deceived into believing that the epidemic situation in China has drastically improved just because the CCP “shows” and claims it to be so.

2. The PRC’s stimulus measures and “countercyclical” stock markets do not automatically make it a “safe haven” amid the coronavirus outbreak:

3. We are very pessimistic about China’s economic prospects. The health of the Chinese economy will have ripple effects for the global economy, and several countries will see tough times until global supply chains are rebuilt or restored.

We are also very skeptical about the CCP narrative that it is going to quickly bring the epidemic under control. We believe that there is a very good chance of another major outbreak emerging as soon as May 2020, if not the second half of the year. The second major outbreak will likely be worse than the December-January outbreak, will be even harder to contain, and could deal critical blows to the Chinese economy and the CCP’s political legitimacy.

Businesses, investors, and governments must look beyond the propaganda and make various preparations (coronavirus, political risk in China, etc.) to avoid being blindsided by Black Swan events.