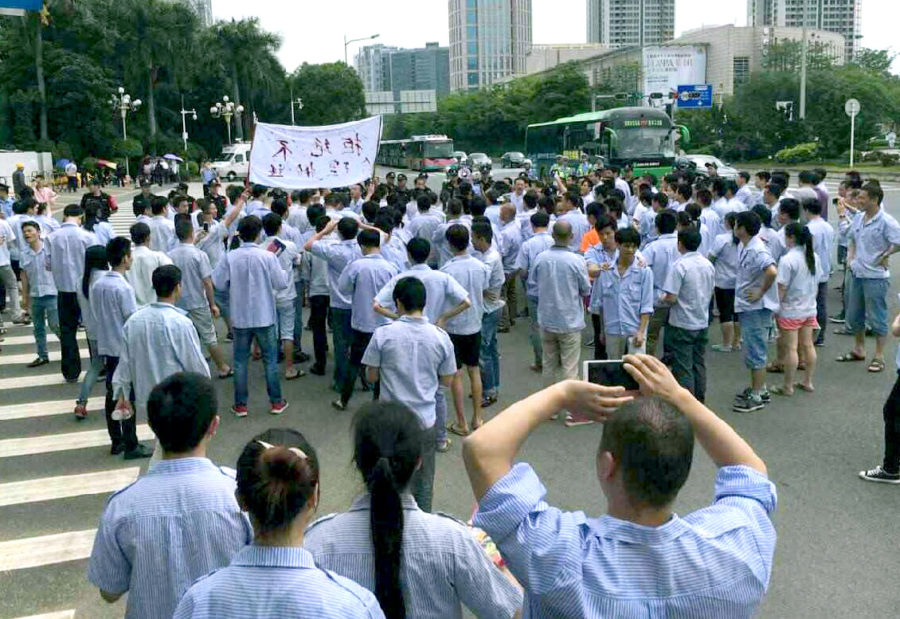 ◎ The tax and social security reform will sharply increase the financial burden of Chinese firms.

The Standing Committee of the National People’s Congress (NPCSC) revised China’s tax law on Aug. 31. At a glance, the revision seemed to be helpful. Individual taxpayers saw their annual tax-free threshold raised from 3,500 yuan per month to 5,000 yuan per month (60,000 yuan per year). However, in an overhaul of its income tax system, the Chinese regime would be handing over authority for collecting social security fees from local social security bureaus to local tax authorities in Jan.1, 2019.

The transfer of social security collection responsibilities means that over 70 percent of Chinese companies and their employees who paid less social security premiums previously end up paying more from the start of next year. Thus, the taxation and social security changes would result in employees being forced to take pay cuts or lose their jobs, and companies having to scale back operations or close down if fewer staff translates into lesser profits.

The backdrop:
March 2: The National Development and Reform Commission, the Supreme People’s Court, and seven other ministries and departments issued a decision to place “untrustworthy” people on restricted lists for airplane flights. “Untrustworthy” people include those who failed to make social security payments or fines, as well as other misdemeanors. The restrictions, which came into effect in May, were later applied to train passengers.

Sept. 1: China begins to share tax information with other countries under the Common Reporting Standards (CRS) set forth by the Organization for Economic Co-operation and Development. By operating under the CRS, the Chinese authorities would be able to collect and control that income of high net-worth Chinese living abroad.

Sept. 3: Mainland media reported that the local tax authorities in Jiangsu Province had demanded that Yuhua Glass Co. Ltd, a glass manufacturer in Changzhou City, pay taxes it owed from December 2007 to November 2017, which amounted to 2.01 million yuan. The Changzhou District Court ruled that the tax authorities could enforce the tax collection.

The big picture:
The changes to the tax law and social security collection come as the Sino-U.S. trade war continues to escalate and China’s economy keeps worsening. Local governments across China are facing debt troubles, and social unrest is on the rise.

Our take:
1. The PRC’s tax and social security reform will sharply increase the financial burden of Chinese firms.

According to mainland Chinese media, the combination of raising the annual tax-free threshold and stricter social security payment collection would see real wages fall by over 10 percent in the case of those who make a monthly salary of 5,000 yuan. Likewise, Chinese companies would have to bear an increased financial burden.

As seen from the table above, Chinese companies would be spending a total of 6,680 yuan on workers earning 5,000 yuan a month post-tax and social security collection reform. After-tax income of workers would be 4080 yuan, or a decrease of nearly 12 percent. Also, almost 41 percent of a company’s employment costs comprise of social security contributions and individual tax levies.

2. Based on current PRC regulations, the rate of social security contributions in China is much higher than in America and Europe.

Presently, employer social security contributions are calculated based on the employee’s average monthly salary from the previous year, while pension contribution is based on the total monthly wage of all employees. Employee salary includes bonuses, allowances, subsidies, and other forms of income. 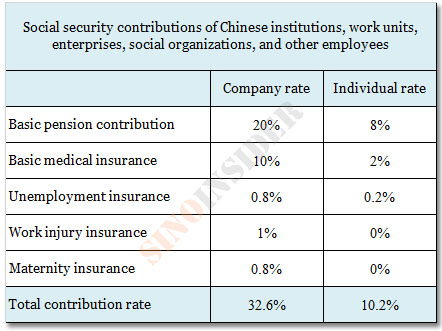 The general public budget and tax figures suggest that the PRC government is not helping companies alleviate their financial burden despite the worsening economic situation in China.

And in the face of increased social security contributions, industrial profits are falling, at least when the official figures this year are compared directly with those issued in 2017 (see Table 4). While figures by the National Bureau of Statistics (NBS) show that total profits of industrial enterprises above designated size from January to July 2018 was 39.0381 trillion yuan, or a 17.1 percent increase from a year ago, it should be noted that the NBS recently changed the way it collected and calculated growth data (“according to a comparable caliber”). Using the previous method of calculation, however, reveals an 8.1 percent decrease in industrial profits in 2018 as compared to 2017.

State-owned enterprises (SOEs) notwithstanding, most enterprises in China are finding it harder and harder to survive as the country’s economy continues to decline and profits shrink. Overall, both private and public companies are seeing slim profit margins, with private firms taking only 5.3 percent and SOEs earning 7.7 percent in H1 2018. Amazingly, the PRC government saw a 13.4 percent increase in tax revenue from the previous year (see Table 3).

From Table 5, the total number of industrial enterprises above designated size decreased by 11,43o enterprises this year as compared to 2017, while firms that suffered a loss increased by 21,646 companies (up 47.6 percent from seven months ago). Meanwhile, the proportion of loss-making firms to all firms as of July 2018 (17.9 percent) is over 6 percent higher when compared to December 2017 (11.8 percent). Also, nearly 50 percent of the loss-making enterprises are private firms.

Profits-wise, SOEs saw an increase of 28.5 percent from a year ago, while private firms saw a decline of 27.9 percent. Also, while the profits of SOEs (119.132 billion yuan) exceeded that of private enterprises (102.151 billion yuan), the total number of profitable SOEs are less than 1 percent of private firms (see Table 5). This phenomenon is the result of the PRC’s “supply side reform,” which involves suppressing private enterprises and transferring their profit margins to the SOEs.

After the local tax authorities take over the responsibility of social security collection next year, the government could collect an additional 2 trillion yuan from all Chinese enterprises and individuals, according to an estimate by Guotai Junan Securities. This amount exceeds the private industrial firm profits and the net profit (1.95 trillion) of the 3,528 A-share publicly listed companies from January to July 2018.

We believe that the forthcoming stricter collection of social security contributions will cause plenty of headaches for enterprises in China. Small and medium-sized enterprises may find that they are unable to make social security payments from their annual profits, and may be forced to wind down. Wide-scale enterprise failure would lead to rising unemployment, which in turn leads to declining consumption and an ever-worsening economy. The intensification of local government debt problems and high unemployment would also result in sharper social tensions and protests across the country.