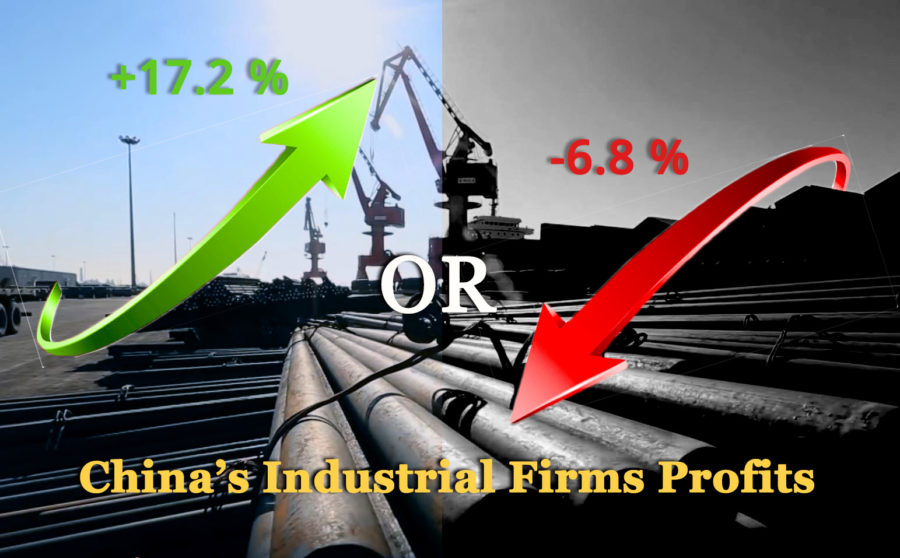 We compared the 2018 figures with that from 2017, and found that China’s industrial firms’ profits actually fell 6.8 percent.

The statistics bureau’s official explanation for the 2018 figures was similar to those it made for data released earlier this year—changes in statistical methodology and sample size for calculations. Specifically for H1 2018 industrial profits, the NBS noted that a difference in the sample size had resulted in “the growth rate being calculated according to a comparable caliber.” This is the first year that the NBS has felt a need to explain the data discrepancy.

The big picture:
China’s economy has severely worsened in 2018. The first half of the year has even seen some large-scale state-owned enterprises default on bonds, while several prominent foreign firms are gradually withdrawing from China.

Our take:
1. China’s economic woes have resulted in social problems (see here, here, here) that are threatening the Chinese Communist Party’s (CCP) ruling legitimacy. To keep up the illusion that the economy is still stable and steaming ahead, the CCP has to blatantly fudge figures.

China’s industrial firm economic data is an indicator that captures macro changes in the sector. Because there are bound to be dynamic changes in the sample size of industrial enterprises above a designated size each year, that means that past reported data are all erroneous if the growth rate has always been “calculated according to a comparable caliber” per the NBS’s claim.

2. The NBS data seems to run counter to the reports of company defaults and failures in recent months. Also, it is abnormal for the statistics bureau to publish a reported growth rate that differs from the actual growth rate when the latter rate has always been the one issued before 2018. It should be noted that the actual growth rate is itself problematic given the widespread practice of data fabrication by local governments.

The NBS probably feels that it can get away with blatant data manipulation because most foreign observers do not verify the official figures.

3. From the data in the table above, China’s industrial firms above designated size saw increased profits of 13 percent in 2017 but a drop in profits by 12 percent (actual growth rate) in 2018. This suggests that China’s real economy has shrunk rapidly.

The drop in private company profits is staggering. This suggests that the unemployment rate in China must have gone up because Chinese premier Li Keqiang told reporters in March that private enterprises account for half of the government tax revenue and 90 percent of new urban employment.

On the whole, the actual growth rate figures indicate that the CCP’s economic policy for industrial firms is stuck in the model where private enterprises are sacrificed over the promotion or protection of state-owned enterprises.